Asian Games: Boxers may not participate under Indian flag With the country's boxing administration in a shambles, the Sports Authority of India (SAI) said on Wednesday that the top pugilists may not be able to compete in the upcoming Asian Games under the national flag if the elections are not held as per schedule next month.

SAI Director General Jiji Thomson said in New Delhi that the there was a realistic chance of Indian boxers not taking part in the Games under the country's flag.

"There is a realistic chance of Indian boxers not taking part under the Indian flag. We have apprehensions that AIBA will not allow them to represent India if the elections (Boxing India) are not held on schedule (on September 11)," Thomson said.

The Asian Games will be held from September 19 to October 4 in South Korea.

"Indian boxers took part in the Glasgow Commonwealth Games under the understanding that elections will be held soon after the CWG. So, I hope the elections are held as per schedule. Otherwise, our boxers may not take part under Indian flag," Thomson added.

After many delays, Boxing India, the provisional body entrusted with the responsibility of conducting elections by AIBA after the termination of Indian Boxing Federation in

December 2012, has announced September 11 as the new date to hold the polls for the formation of a new federation.

The Indian Olympic Association, which has formed an ad-hoc committee to run some affairs of the sport in the country, has recently written to the world body AIBA to hold the elections, saying that it has got many complaints from state units.

SAI Executive Director (Teams) Sudhir Setia said that the situation of boxing in the country has reached to such a situation that the pugilists were not being able to get foreign exposure as many countries have refused to host the Indian boxers due to the non-existence of a full-fledged federation.

"Cuba has been one country which has really helped Indian boxing in the last 10 years. But even that country was reluctant to host Indian boxers, when we were planning to send them there," Setia said.

"We have gathered from various sources that the domestic mess is hurting the sport, especially boxing coaches fear that Indian boxers may not take part under national flag in the Asian Games," he said.

He lauded the Indian boxers for coming up with a decent performance in the Glasgow Commonwealth Games despite lack of foreign exposure tours.

"It was a praiseworthy performance from the Indian boxers in Glasgow as they competed without enough foreign exposure. We were ready to send them anywhere for foreign exposure which is necessary before taking part in a big event but other countries were not ready to accept our boxers," he added.

SAI has also reduced the medal expectation from boxing in the Asian Games from 2010 haul of nine to seven-nine in Incheon Asiuan Games.

"Star boxer Vijender Singh has pulled out of the Games due to an injury he sustained during the Glasgow CWG. We are going to lose on a sure-shot medal," Thomson said.

Asked about the recent controversies regarding the Arjuna Awards, Thomson smiled and made a tongue-in-cheek remark "Awards without controversy is no fun".

"We thought that there would be a point system whereby points would be given to the athletes according to their achievements. But it a complex thing and we found out that it was not foolproof.

"We have to make changes in the rules next year so that they are made robust and controversy-free." 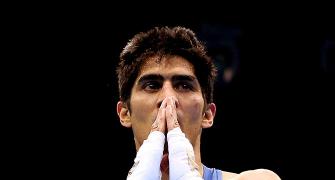 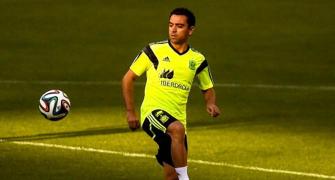 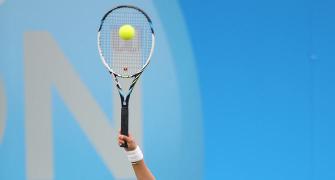 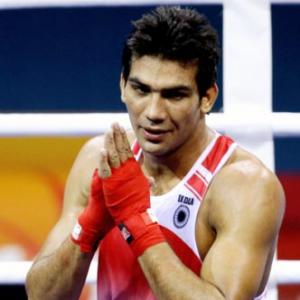 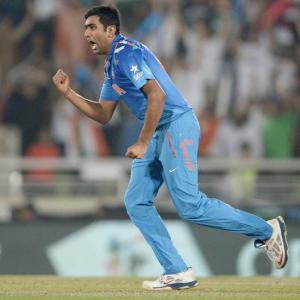 No Khel Ratna this year; 15 named for Arjuna award