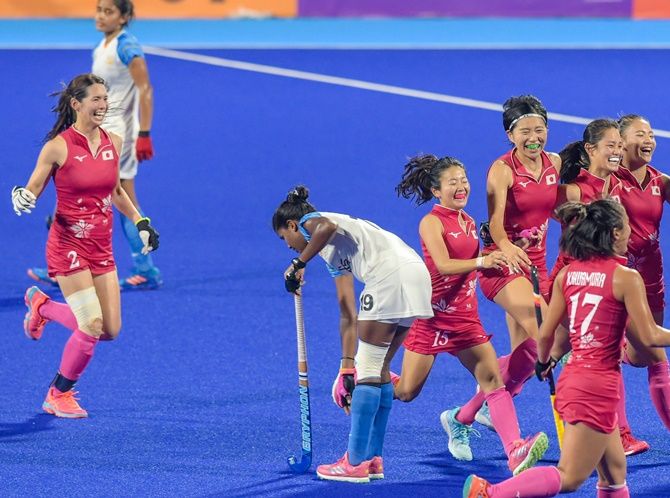 The Indian women's hockey team failed to break its 36-year-old gold jinx after losing to Japan 1-2 in a keenly contested summit clash to settle for the silver medal at the 18th Asian Games, in Jakarta, on Friday.

The loss will hurt the Indians badly as a gold here would have guaranteed a direct qualification in the 2020 Tokyo Olympics.

Ahead of the Olympics, Japanese hockey is on the right track with the women winning their maiden Asian Games title after finishing runners-up thrice.

For Indian hockey, there was more disappointment after the fancied men's team failed to defend its gold following their loss to Malaysia in the semifinals on Thursday.

Coming into the match, the Indians were favourites to win the title as they are ranked five places above Japan at ninth in the world rankings.

In the first quarter, India made more forays into the opposition circle but lacked the finishing touch. Their first big opportunity came in fourth minute when Navneet Kaur could not do much with captain Rani Rampal's pass into the striking zone.

Japan had their opportunity too in the eighth minute but Indian goalkeeper Savita made a good save. 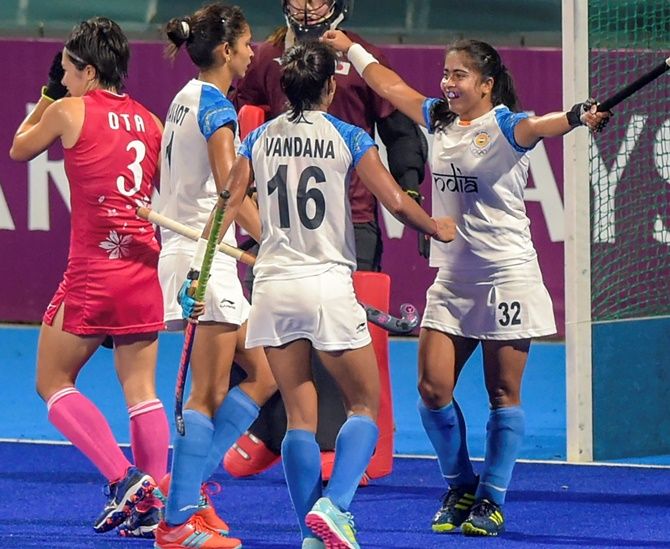 Navneet then helped India get their first penalty corner in the 10th minute but dragflicker Gurjit Kaur could not get it past the Japanese goalkeeper.

Another Japanese counter attack followed which resulted in their first penalty corner which was clinically converted by Shimizu in the 11th minute.

Down by a goal, India kept attacking but with little precision.

Sensing urgency, India pressed hard for the equaliser in the second quarter. They came close when Sunita Lakra provided a finely placed pass to Udita but she could not make it count.

India drew level in the 25th minute when Navneet Kaur's crisp reverse hit was neatly deflected in by a patiently waiting Neha.

India were the better team in the second quarter, creating more chances and had the ball a lot more than the Japanese.

In the 36th minute, a skilful one two from Vandana Katariya and Navjot Kaur almost got India the lead but Udita's shot was saved by the Japanese keeper.

Seconds later, another opportunity was missed when Vandana's attempt was parried away by the custodian.

The Japanese got their first major opportunity of the third quarter when they earned a penalty corner in the 44th minute and Motomi executed a delightful finish, taking the ball on the left and firing it in with a reverse hit.

The Indian fans, who turned up in sizeable number, were left shell shocked with the Japanese goal.

The Indian women, like their male counterparts in the semifinals yesterday, were guilty of holding on to the ball for far too long while the Japanese operated with quick passes.

With less than 10 minutes remaining on the clock, the Indian shirts were a constant in the opposition circle but they could not find the back of the net.

With a goal lead and end drawing closer, the Japanese expectedly slowed the game down when once they reached the Indian half.

India withdrew their goalkeeper Savita with two minutes remaining as India desperately pushed for an equaliser. They even got two chances with 40 seconds left on the clock but failed to find the Japanese net.