After their opening match high, the Indian hockey eves got a reality check when they were handed out a 0-3 defeat by Japan in their second pool game at the Asian Games in Guangzhou on Tuesday.

The Surinder Kaur-led side cut a sorry figure against the higher-ranked Japanese who pumped in three field goals to register a convincing win against their South Asian rivals. 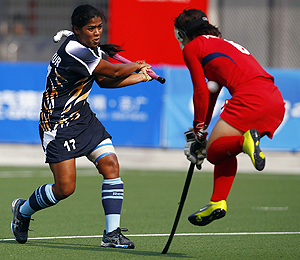 Miyuki Nakagawa opened the scoring for Japan in the 10th minute and then Kaori Chiba doubled the lead just four minutes before the breather.

Mazuki Arai completed the rout deep in the second session with another field goal just at the stroke of the hooter.

India will next face another stern test against Korea on Wednesday.

The Sandeep Somesh-coached Indian side had earlier opened their Asian Games campaign in style, thrashing Malaysia 4-0 in their first match.

With a win and a loss in their kitty, the Indians are now lying fourth in Pool W, which is being headed by Japan with nine points followed by Korea and China. 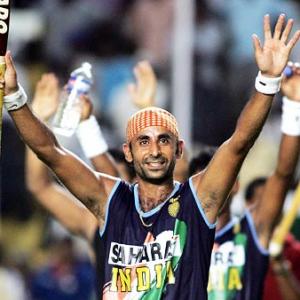 Prabhjot makes it to Hockey All Star team