India's hopes of making it to the final of the women's Asian Champions Trophy hockey evaporated after a 0-5 defeat to Japan on Tuesday.

They are without a point and play their last match against China on Thursday.

In an earlier match, hosts China fought back from a 0-2 deficit to hold the strong Korean side 2-2.

The Indian women couldn't take inspiration from the men's team's brilliant 5-3 win over the Koreans earlier, as they struggled to play as an unit, losing balls needlessly in the midfield and not coming together when it mattered most in the Japanese striking circle.

The Japanese players were not very impressive but capitalised on India's mistakes and took advantage of numerous errors in the defence.

India were the first to force a penalty-corner but couldn't find the goal to put the Japanese under pressure.

Japan, on the other hand, scored in the 16th minute when captain Yukari Yamamoto fired in a field goal.

India tried to forge a few moves through the middle, not taking the usual flank way but the Japanese defence held firm.

The Indians also held on to the ball too much, the forwards guilty of wayward passing and not giving the ball when teammates were in a better position.

On a counter-attack, Japan got the second goal when Rika Komazawa fired in from the top of the circle.

After resumption, India seemed as if they would make a fight of it but yet again grouped into a bunch near the Japanese striking circle, making it easy for the Japanese defenders to clear the ball away to the flanks and launch counter attacks.

Rika Komazawa got Japan's third goal in the 43rd minute when she deflected in a penalty-corner.

By now, Japan spread the field and played along the flanks to get their fourth goal in the 52nd minute, Izuki Tanaka scoring from the top of the circle.

India's coach CR Kumar was very disappointed with the way the team played.

"I am disappointed with the way they responded to the challenge," said Kumar. "It's a big score line and we couldn't capitalize on the chances that we got."

Kumar believes that the team has the talent but needs exposure trips to hone their skills. 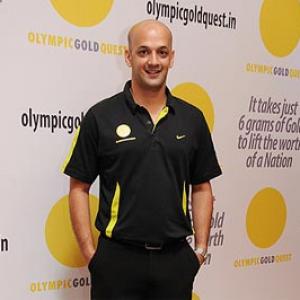