Harwant, who bagged a silver medal at last year's Commonwealth Games, could clear only 57.99 metres, well below her personal best of 63.05m, but it was enough to win a bronze, as all the other competitors came up with mediocre performances at the Kobe Universiade stadium. 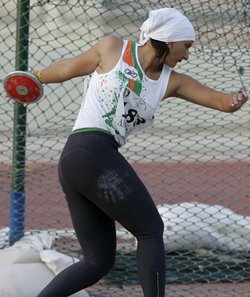 China's Sun Taifeng won the gold, clearing 60.89m, while compatriot Xuejun Ma bagged the silver with a throw of 59.67m.

Poonia, who returned to action last month after a long injury lay-off, hurled the discus to 56.23m, way below her personal best of 63.69m.

She, however, expressed happiness with the performance.

"I am happy with my fourth place finish, with 56.23m, which is my season's best. I had been laid low for long due to a knee injury. So I am happy," Poonia said.

Another Indian, Jhuma Khatun, was disqualified.

Bharat won India's last medal of the day, from the men's decathlon, after aggregating 7358 points in the 10-event competition.

On Thursday, Mayookha Johny won the gold in the long jump while Vikas Gowda and Preeja Sreedharan won a silver and bronze in the discus throw and 10,000m respectively.

Asian Games 400m hurdles gold medallist Joseph Abraham qualified for the final along with compatriot Satinder Singh after both finished third in their respective heats.

Ramachandran Ramdas missed out on a place on the podium after finishing fourth in the men's 3,000m steeplechase with a timing of 8:46.08 seconds.

In the women's heptathlon, Sushmita Singha Roy is in second place with 3232 points after four events, behind Wassana Winatho of Thailand (3496).

The Indian men's 4x100m relay team of Ritesh Anand, Krishnakumar Rane, Shameer Mon and Rahamatulla Molla also made it to the final after finishing fourth in the heats in 40.13secs. 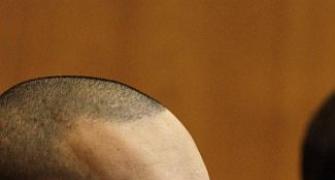 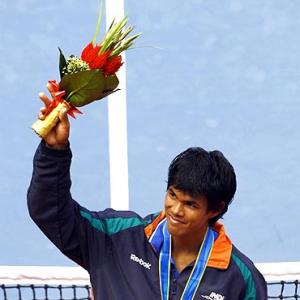 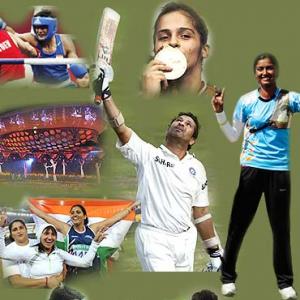