News
Business
Movies
Sports
Cricket
Get Ahead
Money Tips
Shopping
Sign in  |  Create a Rediffmail account
Rediff.com  » Sports » As goalkeeper it's my job to 'give life' for the team: Sreejesh

As goalkeeper it's my job to 'give life' for the team: Sreejesh Indian hockey captain PR Sreejesh, who played a pivotal role in his side's 2-1 win over Argentina at the Rio Olympics, said it's his job to "give life" to the team in the dying moments of a match.

Leading 2-0 with Chinglensana Singh and Kothajit Singh's strikes in the first three quarters, India survived a final-quarter onslaught from Argentina for a nail-biting win to virtually secure a quarterfinal berth at the men's hockey competition.

Goalkeeper Sreejesh stood tall with two glorious saves as the team put up a dogged defence to avoid any further danger.

"The job of a goalkeeper is to give life to your team in the dying moments, you help the team rise up from a tough situation. To save goal was always my first job," Sreejesh said after their match on Pitch 2 of the Olympic Hockey Centre in Deodoro.

"Last 15 minutes was a bit hard. It was a do-or-die effort for them. We conceded one goal yes, but wonderful job overall."

India dominated Argentina in the first three quarters but came under tremendous pressure from the Los Leones in the final 15 minutes during which they conceded as many as five penalty corners. This was India's first win against Argentina since Champions Challenge 2009.

"We played really clever in the last few minutes. We kept the ball deep in their half. We expected them to press hard so we needed to create space for our forwards and at the same time you needed to make sure that you keep the possession," coach Roelant Oltmans said. 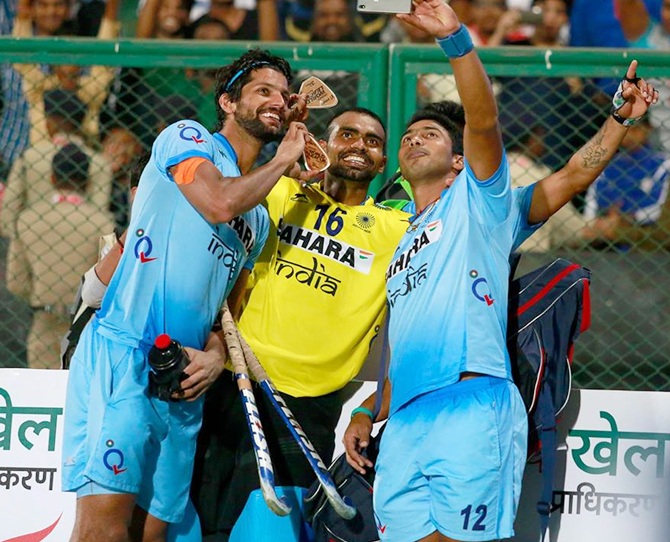 "But we were not patient enough the boys played long balls all of a sudden which was not our game plan."

This is also the first time since Sydney 2000 when they have won two matches in the Olympics, the other being their win over Ireland in the opener.

Indian hockey's penalty corner specialist Raghunath Vokkaliga, who stood in as captain as part of head coach Roelant Oltmans rotation strategy to take the burden off Sreejesh, said the team was looking in a great shape since London 2012 where they finished at bottom by losing all their matches.

"Team has improved really well after London 2012, that's why we're world number five right now. We want to make sure we beat world number 1-2-3-4, so that's our target. trying to achieve that slowly, the credit goes to the full team."

Asked about their approach in the final minutes where Argentine went for an all out attack, he said, "We really did a good job. We have one of the best defending penalty corners in the world. In the last minute, the defence did a very good job. We have a break on Wednesday and will come back stronger (against the Netherlands on August 11)."

Why India can still hope for medals in Rio 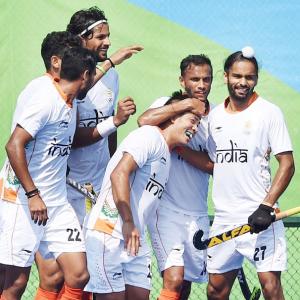