Arsenal and Tottenham Hotspur put their intense on-field rivalry to one side on Monday by taking the unusual step of issuing a joint statement condemning the chants of some of their supporters at Sunday's north London derby at White Hart Lane.

Arsenal fans were offensive towards their former striker Emmanuel Adebayor who now plays for Spurs, mocking the gun attack on his Togo team bus during last year's African Nations Cup tournament in Angola which left three members of the Togo party dead.

Spurs fans targeted Arsenal manager Arsene Wenger with their own offensive insult as they have done for much of the last decade. 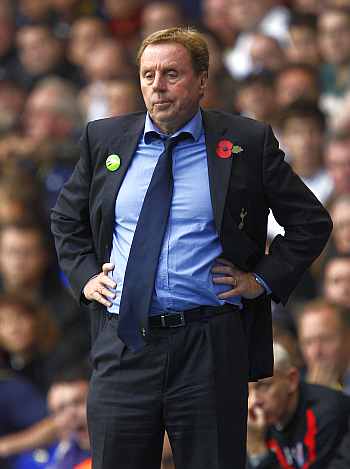 Spurs manager Harry Redknapp was scathing of the Arsenal fans afterwards, describing the chants at Adebayor as "disgusting" and Spurs confirmed on Monday that several fans from the home and away sections of the crowd were ejected during the game.

"How do you chant something like that. You can't be right mentally. There were kids up there," Redknapp said.

Wenger said he had heard the chants and added: "We respect everybody and want to be respected too."

The statement, issued on their websites read: "Both clubs were extremely disappointed to hear the chants from supporters at yesterday's game.

"Neither club tolerates foul language, racist chanting, homophobic chanting or any anti-social behaviour from its supporters.

"We shall be working closely with each other to identify the individuals involved."

A Tottenham spokesman said Spurs, in line with club policy, would ban for life any fan found guilty of offensive chanting during the match which they won 2-1.

Despite Monday's united front, it was not all harmonious between the clubs immediately after Spurs' victory.

Tottenham's assistant coach Clive Allen described Wenger as "two-bob" -- a derogatory put down -- for refusing to shake his hand after the final whistle.

Wenger replied: "Nothing happened. I shook hands with Harry and (assistant) Kevin Bond. How many hands do I have to shake?"

© Copyright 2021 Reuters Limited. All rights reserved. Republication or redistribution of Reuters content, including by framing or similar means, is expressly prohibited without the prior written consent of Reuters. Reuters shall not be liable for any errors or delays in the content, or for any actions taken in reliance thereon.
Related News: Arsenal and Spurs, Harry Redknapp, Arsene Wenger, Tottenham Hotspur, Emmanuel Adebayor
COMMENT
Print this article 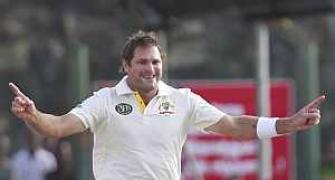 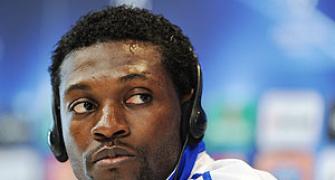 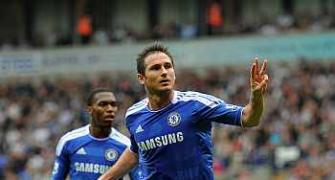