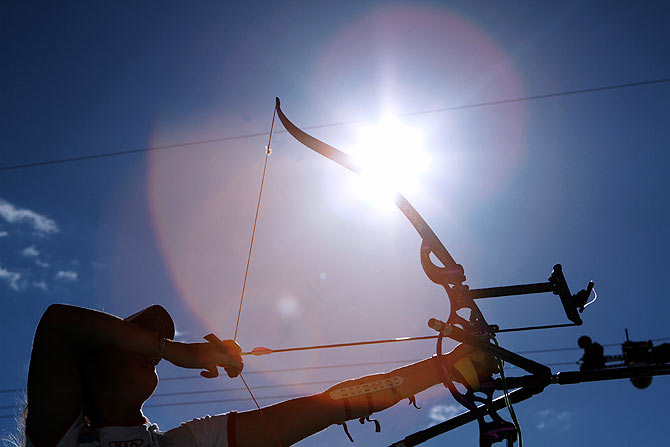 Shivangini Gohain, an acrher from Assam, was on Thursday airlifted to the national capital after an arrow accidentally pierced through her shoulder during a practice session in Dibrugarh.

The incident took place during a regular training session at Chabua in upper Assam's Dibrugarh district.

12-year-old Gohain, a trainee of the Sports Authority of India (SAI), was, however, not part of the Kehlo India Games, scheduled to begin in Guwahati on Friday.

"The archer who met with an accident in Dibrugarh has been airlifted to Safdarjung Hospital in New Delhi. SAI is bearing all the expenses of her treatment, including air travel. A senior SAI official has been detailed to ensure that she gets the best treatment without any problem," a SAI official said.