Angry Pakistan threaten to pull out of Junior hockey WC

A miffed Pakistan has threatened to pull out of the FIH Junior World Cup to be held in India later this year, a day after the Indian government has cancelled the proposed bilateral series between the two nations.

"We may pull out of the Junior WC to be held in India in December. Enough is enough and we can’t take this anymore," Pakistan Hockey Federation general secretary Asif Bajwa said.

"This is happening again and again. First they send our players back without even giving them a chance to play in a single match in the Hockey India League and now this," he told PTI Bhasha from Lahore.

The FIH Junior World Cup will be held in New Delhi at the Major Dhyan Chand Stadium from December 6-15 this year.

Bajwa’s comments came after the simmering political tensions between India and Pakistan has prompted the Indian government to call off the upcoming bilateral hockey series between the two countries.

Pakistan was scheduled to tour India in mid-April for five hockey Tests, followed by a return visit by India.

But the Ministry of External Affairs has refused to give the green signal to the planned series, after the Pakistan Parliament passed a resolution against Afzal Guru’s execution and the recent ‘fidayeen’ attack on a CRPF camp in Srinagar that left 5 CRPF personnel dead.

Bajwa also said that Pakistan will no longer take any initiative for the resumption of Indo-Pak hockey ties after the recent episode.

"Whatever we could do we have already done. We have done enough for the resumption of hockey between the two nations. Now India will have to take the initiative," he said.

Asked about the future of this much-anticipated series, Bajwa said, "It is upto India now. We were ready to send our team first but now if such bilateral series takes place in future, the Indian team will have to visit Pakistan first.

"It was a golden chance to reduce tensions between the two countries but India has closed the doors." 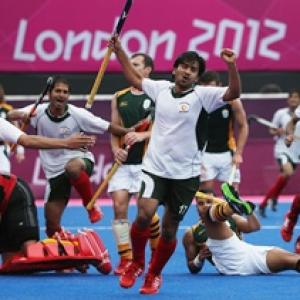 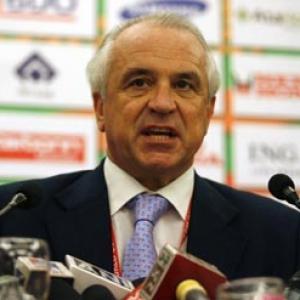 Threat of Olympic axe was a wake-up call for us: Negre