Andreescu pulls out of French Open, to take rest of 2020 off 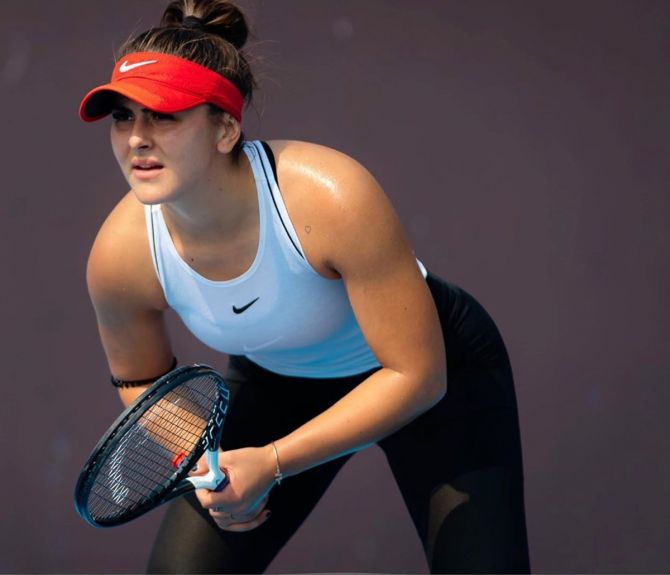 Canada's Bianca Andreescu has pulled out of the French Open and will take the rest of the season off to focus on her recuperation, the world number seven said on Tuesday.

Andreescu, who did not defend her 2019 US Open crown in New York this year, has not played on tour since the WTA Finals in Shenzhen last year where she retired with a knee injury that also kept her out of the Australian Open in January.

"I have come to the difficult decision to skip the clay court swing this year and will be taking the remainder of the season off to focus on my health and training," Andreescu said in a statement.

"As hard as it was to come to this conclusion, I have so much to look forward to in 2021, including the Olympics. I want to use this time to focus on my game so I can come back stronger and better than ever."

The French Open begins on Sunday.

Top seed Daniil Medvedev suffered a stunning 6-4, 6-3 defeat by Frenchman Ugo Humbert in his first claycourt match of the 2020 season at the Hamburg European Open on Tuesday.

Fresh off his run to the US Open semi-finals, world number five Medvedev struggled to find his feet on clay as he was broken three times by Humbert in a lacklustre performance.

Humbert, an aggressive baseliner, stole the show in front of a limited-capacity crowd at Rothenbaum stadium in the opening set when he outlasted Medvedev in a 32-shot rally, finishing with an emphatic forehand.

The result leaves Medvedev's match record on clay at a dismal 10-17.

The 24-year-old Russian will now focus on a quick turnaround at the French Open, where he has failed to progress beyond the first round in his three previous appearances.

One week after becoming a father for the first time, Roberto Bautista Agut celebrated a convincing 6-4 6-3 victory over two-time defending champion Nikoloz Basilashvili of Georgia.

After the match, Bautista Agut was greeted with a message of support from former world number two and fellow Spaniard Alex Corretja.

Corretja joked that parenting duties may take a toll on Bautista Agut, who would now be tired from sleepless nights rather than his on-court heroics.

"It was very tiring last week," said Bautista Agut. "Alex knows well. I think he has three or four kids.

"I am very proud of my family and very happy to have a new baby in our lives and it was a really nice experience to live with my wife."