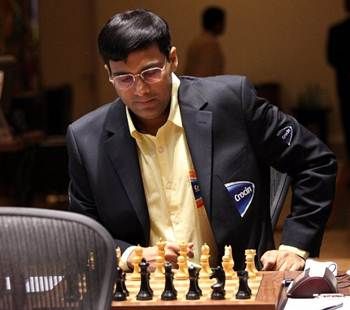 Defending champion Viswanathan Anand survived by the skin of his teeth, steering the fourth game of the World Chess Championship to a gruelling draw against Magnus Carlsen of Norway, in Chennai, on Wednesday.

With eight games still to come in the 12-game affair, the scores are tied at 2-2 and the battle is really heating up, if the last two games are any indication.

Anand was pushed to the wall for the first time in the match and this happened soon after he was seen pressing for a win in the third game that ended in a draw on Tuesday.

It showed that Carlsen has got steely nerves.

The Norwegian also changed his opening with black and it turned out to be a good ploy after his Caro Kann in the first black game.

The Berlin defence became famous after Vladimir Kramnik used it successfully to beat Russian compatriot Garry Kasparov in the Braingames World Championship match in 2000 at London and since then it has found a stronghold in the elite chess circles.

Anand himself has played the opening with black successfully and he definitely had an idea up his sleeves. However, Carlsen was the first to spring a surprise as early as on move 10 when he moved his Bishop.

While it was not a new move, it was indeed a surprise as it had been played just four times prior to this and three out of those four games were played by Jon Ludvig Hammer, trusted friend and second of Carlsen. More recently, Navara David of Czech Republic also played it successfully to get a draw with Lenier Perez Dominguez of Cuba.

Anand did not get much out of the opening and, while looking for complications, sacrificed a pawn on the queen side, that to the bare eye looked like a poisoned pawn.

Known to never avoid complications, Carlsen took the bait and it was backed by some brilliant intuition as the later part of the game revealed.

While Anand got some compensation, Carlsen opened up the king side for his rook's invasion and it looked like his extra pawn would count.

Making things worse was the clock as Anand also ran a little short of time in the final phase of the first time control. The mutual mistakes however continued.

Carlsen sensed a win somewhere as he started to play fast and Anand pounced on an offered chance to sacrifice another pawn that gave some play. The Norwegian gobbled the second offering too but could not digest it so well as he returned favour almost immediately by making the decisive error.

It was the 37th move. Anand paused for some time, then his body language showed huge positives as he sprang to a straight pose and this was enough giveaway that the defending champion was back in the game.

The errors did not end according to the chess engines but the position was back to normalcy.

There was still a lot of work to be done, but from staring at a defeat, this was much easier, especially, as Anand is known as one of the best defenders ever.

The game progressed to rooks-and-pawns endgames, Carlsen still had an extra pawn but it was not-so-relevant. The Norwegian obviously did not settle for an immediate draw and played on.

Anand had to do a lot of hard work after the first time control even though the position was just a draw. It was the amazing fighting spirit of Carlsen against Anand's control and efficiency to find the resources.

At one point Anand was down to last 90 seconds with three moves to make but the Indian ace made them to reach the final time control.

The position remained within the boundaries of a draw when the second time control was reached. It was close to six hours already in this longest game of the match thus far and Carlsen finally decided that he was not going to break through. The peace was formally signed after Anand's 64th move.

For record, the game lasted five hours and fifty-five minutes. 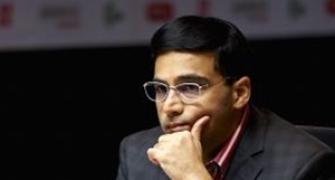 Anand gives Carlsen a scare as third game too is drawn 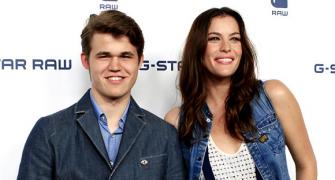 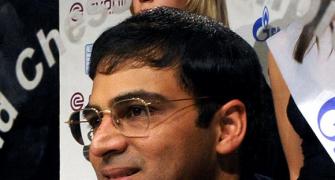 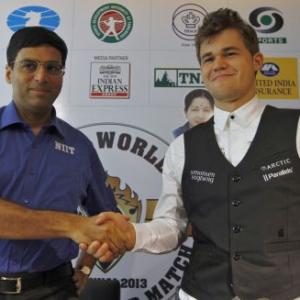 Anand vs Carlsen match will be the revival of chess: Kasparov 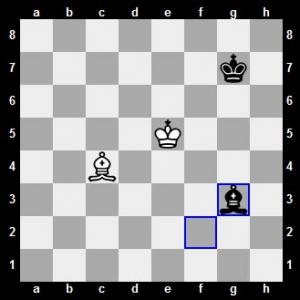