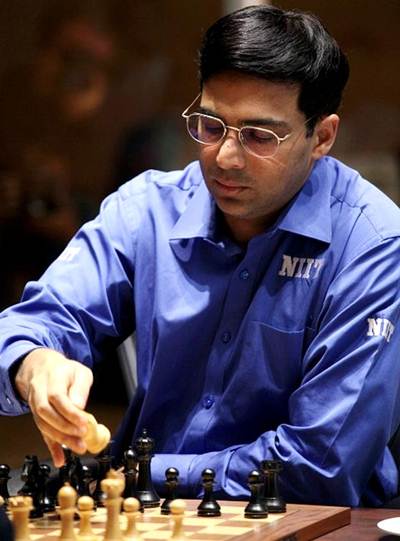 Five-time world champion Viswanathan Anand continued his fine form to outwit Anish Giri of Holland and move into the sole lead after the end of the second round of Zurich Chess Challenge, in Zurich, on Sunday.

After beating Levon Aronian of Armenia in a one-sided contest that lasted a mere 19 moves in the first round, Anand had to work hard against Giri, who played white, but in the end it was another checkmate on board for the Indian ace.

With back-to-back victories Anand moved to four points under a special scoring system that gives two points for a victory and one for a draw in rapid games.

Hikaru Nakamura of United States jumped to the sole second spot defeating Alexei Shirov of Latvia in the second round game, while the other encounter of the second round ended in a draw between Vladimir Kramnik of Russia and Aronian.

With just three rounds remaining in the Classical-Rapid games with forty minutes to each player, Kramnik is sole third on two points while Giri, Aronian and Shirov have a point each in their kitty.

After the rapid section is over, the players will play a return blitz event, in which one point will be awarded for a win and half for a draw. The cumulative results will be added to determine the winner this year.

Anand faced the Italian opening against Giri, who showed some progress initially by exerting pressure with his white pieces. However, the optical advantage did not last long when Giri tried to make some real progress.

While the Dutchman gained spatial advantage, Anand was quick to spot a blow in the center that promised attacking possibilities.

Once under pressure, Giri collapsed in quick time. Anand invaded the seventh rank with his rook and the queen joined hands soon to complete the formalities after 45 moves.

Nakamura chose the French defense against Shirov and faced the Advance variation. Shirov felt the heat when black made use of his resources on the king wide wherein an open file helped Nakamura a great deal. Shirov lost an exchange but never got the desired compensation. Nakamura won in 38 moves.

Kramnik got an opposite coloured Bishop endgame for the second time in a row in the tournament. Following a draw with Shirov in the previous round, the Russian played white this time but Aronian was spot on. 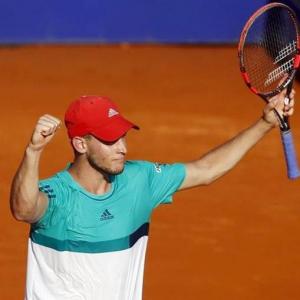 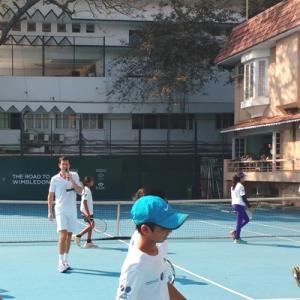