American wild card Ryan Sweeting completed his unlikely tournament run by capturing the US Clay Court Championship with a 6-4, 7-6 victory over Japan's Kei Nishikori on Sunday.

Sweeting, who managed to fend off a set point in the second set, became the first player to win the tournament as a wild card entry since fellow American Mardy Fish in 2006.

"I needed a little help to get in. I want to thank (the tournament) for the opportunity, and for giving me the wild card," Sweeting said during a courtside interview after playing in his first ATP final. 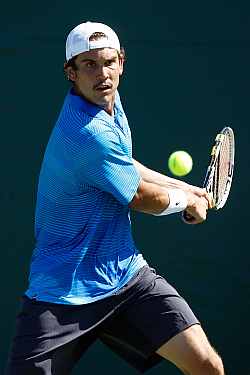 "It was a lot of fun. I'm looking forward to coming back and defending the title next year," he added.

Sweeting, who overcame six double faults for the match, did not face a break point in winning the first set but needed to climb out of a 5-4 deficit and a set point to force a tiebreaker in the second set.

The 23-year-old American, born in the Bahamas but a resident of Fort Lauderdale, Florida, will move up to 71st in the world, a career-best ranking.

© Copyright 2022 Reuters Limited. All rights reserved. Republication or redistribution of Reuters content, including by framing or similar means, is expressly prohibited without the prior written consent of Reuters. Reuters shall not be liable for any errors or delays in the content, or for any actions taken in reliance thereon.
Related News: ATP, US Clay Court, Kei Nishikori, Sweeting, Fort Lauderdale
COMMENT
Print this article 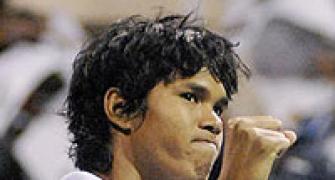 Somdev sets up 2nd round clash with World No 26 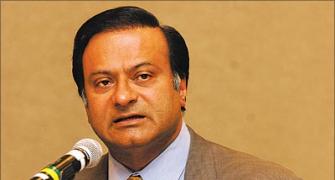