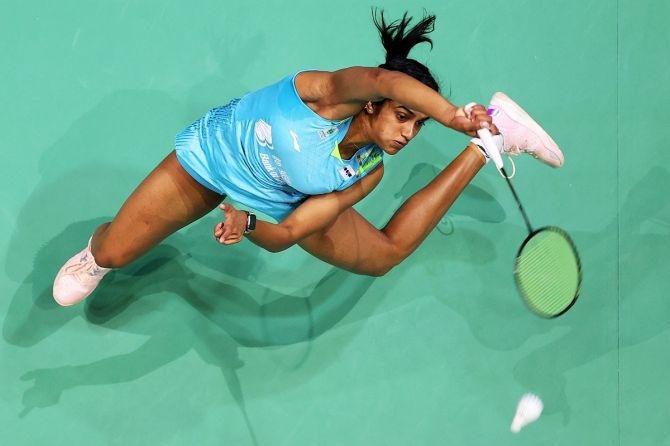 Reigning World champion P V Sindhu suffered yet another semi-final defeat at the prestigious All England Badminton Championships, going down tamely in straight games to Thailand's Pornpawee Chochuwong in the women's singles, in Birmingham, on Saturday.

The Rio Olympics silver medallist was unable to match the pace, power and precision of her younger world No. 11 opponent Chochowong and lost 17-21, 9-21 in 43 minutes.

The world No. 7 Indian had also lost in the semi-finals at the 2018 edition of the tournament.

"I think it was her day; everything she was hitting was on the line. I just couldn't do anything about it. Overall, I should have controlled my unforced errors; maybe things could've been different," Sindhu said after the match.

"Everybody aims to be in the final. It's over for now, so I have to learn from my mistakes and take the positives. I don't have a tournament for another month, so I have time to prepare and come back stronger," she added.

Sindhu, seeded fifth, came into the semi-final contest with a 4-1 head-to-head lead over the 23-year-old Chochuwong, whom she had beaten at the World Tour Finals in January.

But all those statistics did not matter as Chochuwong showed immaculate defence and agility to outclass the Indian.

In scenes similar to her Swiss Open final loss to Olympic champion Carolina Marin, Sindhu again looked subdued against an opponent who played at a searing pace.

Perhaps, the 76-minute quarter-final battle against Japan's Akane Yamaguchi took its toll on Sindhu as Chochuwong completely dominated the proceedings, leaving the Indian to do the catch up act.

Sindhu opened up a 3-1 lead early on but made a few unforced errors as Chochuwong played a few good shots to take a 8-5 lead.

The young Thai used her cross-court returns to good affect, leading 11-6 at the break. Chochuwong stepped up the pace and made Sindhu run to the corners to got 14-7 up.

Sindhu then reeled off four straight points before a wide return made it 11-15.

The Indian narrowed it down to 13-15 after the Thai missed the line. Two attacking returns and it was 17-13 for Chochuwong.

But Sindhu kept snapping at her heels, making it 16-17 with a cross-court smash.

Chochuwong moved to 19-16 with Sindhu hitting wide. A terrific net return gave the Thai four game points. She sent one to the net before Sindhu hit long to hand the opening game to her opponent.

In the second game, Chochuwong took a 4-1 lead and though she committed few unforced errors, she managed to stay ahead at 4-3.

The young Thai surged ahead, reeling off six points on the trot to make it 10-3. She held a massive seven-point cushion at the break.

It was mostly a one way traffic after that as Sindhu looked resigned to her fate. Chochuwong quickly took a 18-9 lead. Another winner and it was 11 match points for Chochuwong and she sealed it comfortably.

On Friday night, Sindhu, seeded fifth, had defeated Japan's third seed Akane Yamaguchi 16-21, 21-16, 21-19 in an intriguing quarter-final to make it to the last eight stage. 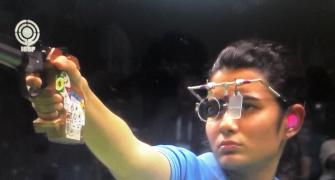 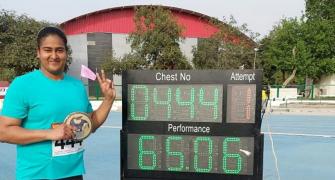 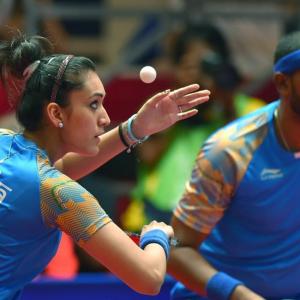 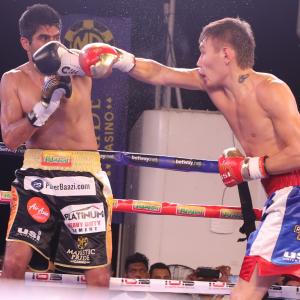