Former heavyweight boxing champion Ernie Terrell, best known for his punishing loss to Muhammad Ali in the famed "What's My Name?" fight in 1967, has died at the age of 75, the Chicago Sun-Times reported on Wednesday. 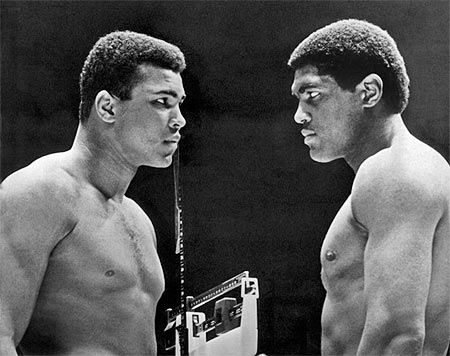 Terrell, a towering 6-foot 6-inch boxer with an 82-inch reach, had been suffering from dementia and died at his home in Roseland, Chicago on Tuesday.

Born in Mississippi, Terrell beat Eddie Machen in 1965 to claim the vacant World Boxing Association heavyweight crown and successfully defended the title in his next two fights before losing it to Ali in a lop-sided bout on Feb. 6, 1967.

The pair slugged it out over 15 rounds at the Astrodome in Houston where a fuming Ali made Terrell pay for refusing to call him by his adopted name, instead referring to his birth name of Cassius Clay.

In the build-up to the fight, Ali had promised "I'm gonna punish you" and in the ring he danced around his opponent with a flurry of jabs and punches while shouting out; "What's My Name?"

In a 2009 interview with USA Today, Terrell said of his bout with Ali: "If I was going to fight him, then I would call him Clay. If he don't like it, so? I did it on purpose. We were fighting. What was I supposed to do, give him Christmas gifts?

"I had no animosity. I understood it's a fight. What he say, all that don't count. That was his way of promoting a fight."

Terrell retired from professional boxing in 1973 with a 46-9 record, including 21 knockouts, and began a career as a music producer in Chicago.

He ran unsuccessfully for alderman of Chicago's 34th ward in 1987 and went on to found a successful janitorial company that employed 100 people.

Terrell, whose sister Jean replaced Diana Ross as lead singer for The Supremes in 1970, was also an accomplished singer and his group, Ernie Terrell and the Heavyweights, performed in Las Vegas and on Johnny Carson's Tonight Show.