The National Sports Federations, including the Board of Control for Cricket in India, will be treated as public authority and come under the Right to Information Act (RTI) under the proposed National Sports Development bill, Sports Minister Ajay Maken said in Bangalore on Monday.

Maken once again clarified that the aim of the proposed bill is to make the NSFs more accountable and bring in transparency, particularly in financial functioning and administrative matters.

"Sports bodies are repositories of public trust and they have to be accountable to public at large," Maken said.

Retired Justice Mukul Mudgal, chairman of the committee that examined the bill, had submitted the report to the Government last Saturday and Maken said, "It's a first of its kind bill."

Noting that earlier there were only policies, norms and regulations, the minister insisted that only with legislation can the sports federations be reformed.

Maken also said he would like to make changes in the proposed legislation to make the government "less obtrusive" in the functioning of the sports federations, their recognition and registration.

"The government role would be bare minimal," he insisted.

Maken, who earlier inaugurated a newly constructed shooting range complex and elite men's hostel at Sports Authority of India's (SAI) Netaji Subhas Southern Centre, said the SAI would be made equally accountable as the NSFs. 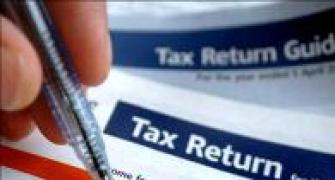