'Regarding this FIFA/AFC road map given in 2018, there are a lot of things which cannot be implemented right now.' 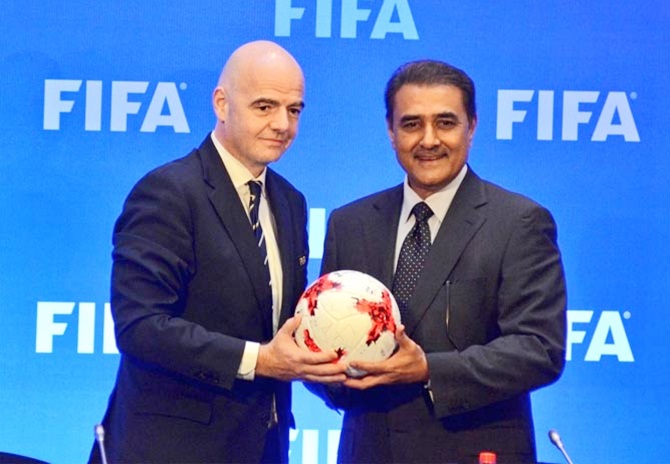 The All India Football Federation on Friday said that some of the recommendations made by the world governing body FIFA and its Asian counterpart AFC are "not feasible to implement as of now" and will need time to work on them.

The AIFF's defence came after FIFA on Thursday sought an update from the national federation on the current football scenario in the country after six I-League clubs made a representation to the world body.

The six I-League clubs have opposed the AIFF's move to make Indian Super League (ISL) the top tier of the domestic football structure.

The AIFF, however, said that it "accepted" the recommendations of FIFA/AFC and is following them "broadly".

"Regarding this FIFA/AFC road map given in 2018, there are a lot of things which cannot be implemented right now. That's why we are trying to slowly implement them," AIFF General Secretary Kushal Das said.

"We completely accept that FIFA/AFC has given these recommendations but some of these are probably a little bit tough to implement. We are following the path broadly but it will take time. If you go strictly according to the recommendations, it will not be easy to implement them," he added.

"We told the AFC we accept these recommendations in good faith and we want to do it but give us little time. The AFC said fine. So, we will go back to the letter we sent to the AFC, saying (to FIFA) that these are the issues.

"If you are saying to give financial guarantees and back guarantees, that is probably not going to be possible at this point in time. The clubs which may enter the top tier will be difficult to abide by the participation agreement and pay the existing franchise fee."

Das made it clear that the recommendations in the road map, to be implemented over four to five years, have clearly stated that the ISL will be made the top tier league in the country.

The FIFA/AFC recommendations have talked about a unified league from 2019-2020 season starting with the existing 10 ISL teams and two others through sporting merit (read I-League champions) or bidding process.

Adding two teams each season, the total number of clubs in the top tier league should reach 16 in the 2021-2022 season by which time the promotion/relegation system will kick in.

Das said any I-League team (for that matter any club in the tier 1) will have to abide by the participation agreement which would require the club to pay franchise fee as well as bank guarantees. He said the stumbling block in finding a solution lies there.

Talking further about the franchise fee and bank guarantee, he said, "At this point in time many of these are not feasible, both for ISL and I-League clubs. In the ISL participation agreement, they all have to give bank guarantees. But these are onerous responsibilities on a club taking into account the current Indian structure.

"Will there be a franchise fee or will it be reduced in certain cases, we have to sort it out and so it will take time. And, owners giving bank guarantee, I think this is not possible now."

He cited the example of Kolkata giants Mohun Bagan and East Bengal which picked up the bid documents but ultimately did not submit them on account of Rs 15 crore they each needed to pay to be a part of the ISL.

"The biggest problem is that the clubs at this point in time are unwilling to pay franchise fee. For example, one year back the bidding (for ISL) was open. Mohun Bagan and East Bengal picked up the bid but they did not submit the bid," he said.

"Even this time, they indicated they wanted to bid and we had discussions with Mohun Bagan and East Bengal but finally it came down to franchise fee. I understand their legacy and history but if you are taking part in the tier 1 and if others are paying the franchise fee, you have to pay that also. FIFA or AFC has not spoken about legacy and history. They are saying that participation agreement will have to be followed."

"We are trying to find a solution, whether we can work on a way to reduce the franchise fee in certain cases. So we need a little bit of time, say two or three years to work out on these things."

He said the ultimate aim of the AIFF is to have an open-ended league with promotion and relegation.

"FIFA/AFC have said after some time there has to be clear promotion/relegation which we also have said." 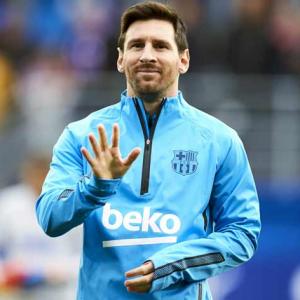