After Casillas heart-attack, wife says she has had cancer op 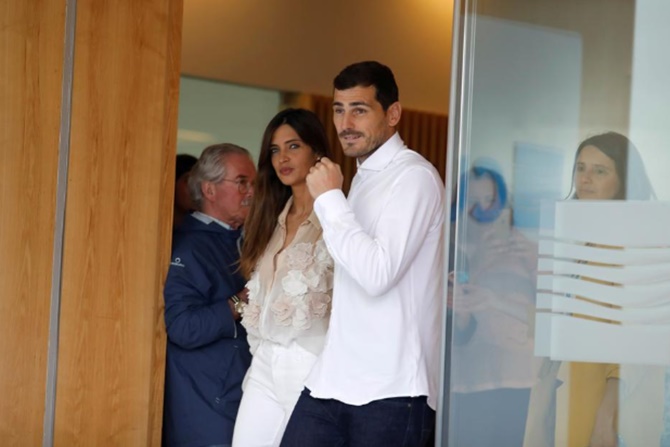 The wife of Spain’s World Cup-winning captain Iker Casillas, Sara Carbonero, has announced that she has undergone surgery for cancer just three weeks after the goalkeeper suffered a heart attack.

Casillas, who made 167 appearances for Spain and 725 for boyhood club Real Madrid before departing in 2015, fell ill during a training session with his current club, FC Porto.

Carbonero, with whom Casillas has two children, announced via her Instagram page that she had undergone successful surgery on ovarian cancer.

“We hadn’t yet recovered from the scare when life has once again surprised us,” she wrote in a post late on Tuesday.

“This time it was my turn, this six letter word that I still have trouble writing [cancer]. A few days ago I had a checkup and the doctors saw a malignant tumour in my ovary that has been operated on.

“Everything has gone very well, luckily we got it with plenty of time, but I still have a number of months of fighting ahead as I go through the required treatment.

“I know there’s a tough road ahead but I’m sure it will have a happy ending.”

Her husband, who was released from hospital on May 6, has said he will announce his future plans in his own time.