After a lull, Sunday goals dhamaka in ISL 4 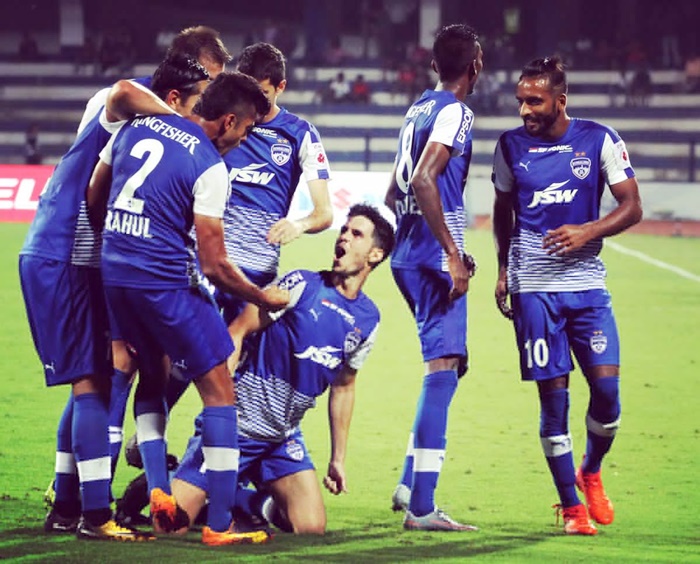 Bengaluru FC had a satisfying Indian Super League debut as they beat Mumbai City FC 2-0 in their opening encounter with Spaniard Eduardo Martin Garcia and skipper Sunil Chhetri on target.

Edu scored in the 67th minute off a set-piece movement while Chhetri cashed in on a defensive blunder from Mehrajuddin Wadoo in the third minute of stoppage time to get full points for the 'Blues' in what was their first ever appearance in the cash-rich league.

After a barren first-half, it was former Zaragoza B team player Edu, who broke the deadlock. After playing a one-two with Udanta Singh off a corner, he took a left-footer as Mumbai goalkeeper Amrinder Singh was beaten at near post.

Chhetri, who was shown a yellow card in the second half for showboating in order to get a penalty, finally got his name on the scoresheet during the dying moments.

Chasing a long ball, Chhetri put pressure on stopper Mehrajuddin, whose miscommunication with a surging Amrinder saw the Indian captain latch onto the free ball before slotting it home with precision.

Chhetri was awarded Man of the match for his brilliant performance as he was a livewire upfront.

After two goalless draws, the Indian Super League 4 today witnessed its first result when FC Goa defeated Chennaiyin FC 3-2 to open its campaign at the Jawaharlal Nehru Stadium, in Chennai.

After Ferran Corominas got the first goal of this year's ISL in the 25th minute, Goa added two more in the space of 14 minutes to dominate the first half.

The Gaurs, coached by Sergio Lobera Rodriguez, held off a spirited rally by Chennaiyin in the second half, to emerge winners and walked away with three points to go to the top of the table.

The Goa team had the better of the exchanges in the early part of the first half. In the second minute, Narayan Das put Ferran Corominas through with a good through ball but Corominas was caught offside.

There was good build up play through the middle with Brandon Fernandes, Manuel Lanzarote Bruno and Ferran Corominas all linking up well.

In the 19th minute, Brandon Fernandes had a chance to put the visitors ahead, but he skied the shot.

After a slowish first 20 minutes, things picked up and Goa scored three goals in a space of 14 minutes.

The deadlock was broken in the 25th minute with Ferran Corominas beating the rival 'keeper clinically, to record the first goal of ISL 4.

Four minutes later, a touch of class from Manuel Lanzarote doubled the lead. It came after an excellent move between Mandar Rao Dessai and Corominas that led to a wonderful pass to Lanzarote, who did the rest.

Mandar Rao Dessai then opened his tally for this season with an easy chance to make it 3-0.

The home team fought back bravely in the second half, making its intentions clear from the beginning, and reduced the margin, through Spaniard Inigo Calderon (70th minute) and Brazilian import Raphael Augusto in the 84th minute from the penalty spot. 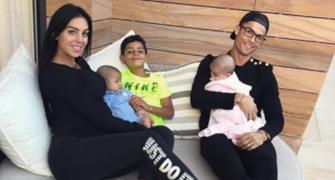 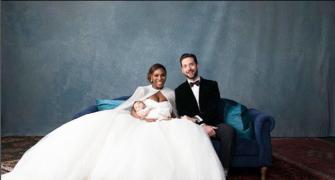 NEUFC vs Jamshedpur FC: Another goalless stalemate in ISL 4 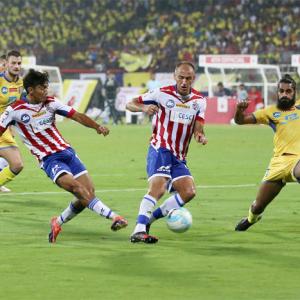