African footballers based at European clubs, especially those travelling back to the continent from international duty, began on Friday to feel the backlash from fears over the Ebola virus outbreak. 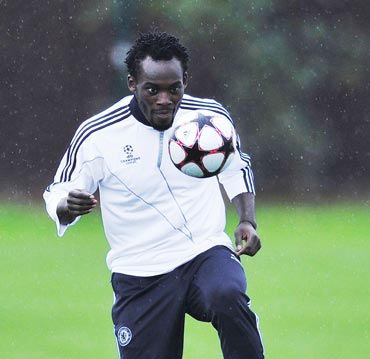 A Sierra Leone player has been asked to stay away from his Greek club after competing in African Nations Cup qualifiers while former French champions Montpellier ordered a player to have medical tests on his return from the continent.

Ivory Coast full back Siaka Tiene, who played in two matches against the Democratic Republic of Congo over the last week, was asked to undergo a medical examination on his return to Montpellier on Friday following trips to Kinshasa and Abidjan.

“For him to be examined seems to be a prudent and logical move,” the club’s coach Roland Courbis told Radio Monte Carlo.

John Kamara has been told by Greek second division club Lamia to stay away for the next three weeks after he returned from playing for Sierra Leone against Cameroon.

Sierra Leone is one of three West African nations at the epicentre of the worst outbreak of the disease on record which has killed more than 4,500 people but their matches were held in Cameroon, where there have been no reports of the haemorrhagic fever, because of a ban on Sierra Leone hosting internationals.

“It’s something crazy. The club told me I shouldn’t be with them for 15 to 21 days as I went to Africa to play and because of the Ebola virus,” the 26-year-old told the BBC on Friday.

“They made it clear I should stay indoors and not go to training. I’ve told the club I’m ready to undergo any medical they want me to do – as far as I’m concerned I don’t have the Ebola virus. I don’t understand it but I have to respect their decision,” he added.

The incubation period for the Ebola virus from the time of infection to symptoms is two to 21 days, the World Heath Organisation said on its website. Sierra Leone’s footballers were confined to their hotel in Cameroon and had their temperatures checked twice daily.

It was reported last week that Guinea international Lass Bangoura was asked by Rayo Vallecano not play in his country's Nations Cup qualifiers against Ghana but it turned out the Spanish-based player had not been called up for the matches.

“Ebola is a very serious issue and people shouldn’t joke about it,” he said on Instagram. “Whoever wrote this article is very unprofessional and insensitive.”

Newcastle United manager Alan Pardew said his club were working on putting plans in place for the return of African footballers from internationals.

“Our doctor has looked into the options that might arise and also protective for them. It’s something to be concerned about. We all have to be on our guard,” he said.