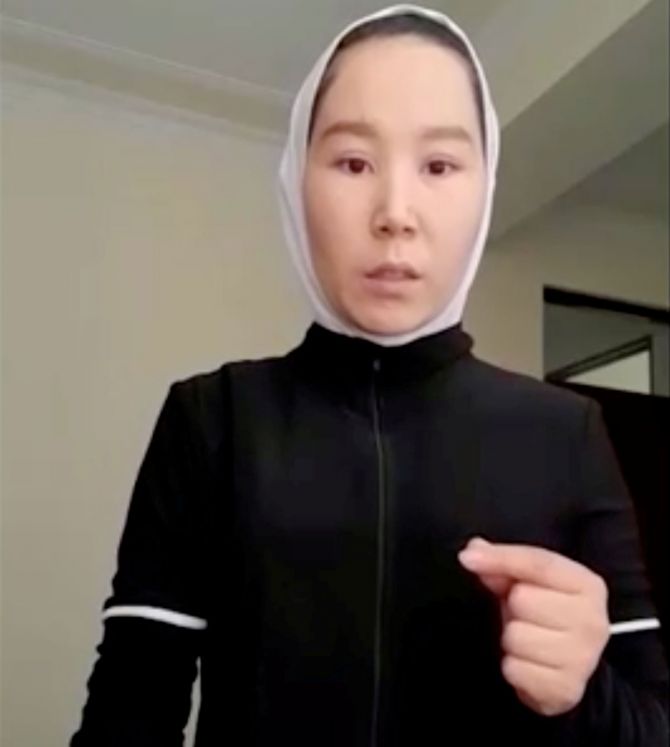 IMAGE: Afghanistan's para athlete Zakia Khudadadi had made a video appeal for help to leave Kabul after the Taliban swept to power to compete in the Tokyo Paralympics. Photograph: Zakia Khudadadi via Reuters

The International Paralympic Committee (IPC) said on Sunday that the well-being and mental health of two newly arrived Afghan athletes are its top priority, and the pair will not be speaking to media during the Paralympic Games.

Zakai Khudadadi and Hossain Rasouli arrived in Tokyo on Saturday to compete in the 2020 Paralympics after Khudadadi made a video appeal for help to leave Kabul after the Taliban swept to power.

"The meeting was extremely emotional, there were lots of tears from everyone in the room. It was remarkable, it really was a remarkable meeting," Spence said.

Khudadadi and Rasouli had expressed a wish not to speak to media and this would be respected.

"This is about these athletes fulfilling their dream of being able to attend the Paralympic Games," Spence said.

"And because human life is the most important thing, and the well-being and mental health of the athletes is our top priority, the athletes will be doing no media during these Games."

Khudadadi, a Taekwondo athlete, and track athlete Rasouli were evacuated from the Afghan capital a week ago and landed in Tokyo on a flight from Paris.

The pair had been due to arrive in Tokyo on August 17, but were unable to leave Afghanistan after thousands of people rushed to Kabul's airport in a bid to flee the country.

Paralympic officials had said initially the Afghan athletes would be unable to attend the Games, which started on August 24, and promised to help them participate in the next Games in 2024 in Paris.

Separately, the World Taekwondo association praised the efforts of the IPC and other parties involved to ensure the two athletes could take part in the Games.

"Zakia and Hossain's determination to overcome adversity is an inspiration to all of us," World Taekwondo President Chungwon Choue said in a statement.