Indian women's team began their AFC U-19 Championship qualifiers round one campaign on a winning note as they defeated Bangladesh 1-0 in their opening match at Melaka in Malaysia on Sunday.

Nikhila Thumbayil scored the winning goal in the 76th minute in the Group A match at the Hang Jebat Stadium.

India dominated the proceedings from the kick-off and could have won by a bigger margin had they converted the other chances that came their way. India next play Uzbekistan on October 24.

Sunday's win took the Indian women a step closer to the second round of the qualifiers as Group A has been reduced to three teams following the withdrawal of Kyrgyzstan.

The top two sides in each of the three groups will advance to Qualification Round Two where they will join Thailand and Vietnam.

The eight teams will be divided into two groups of four and play a round-robin league in a centralised format with the top two teams meeting in a play-off to determine who advances to next year's AFC U-19 Women's Championship. 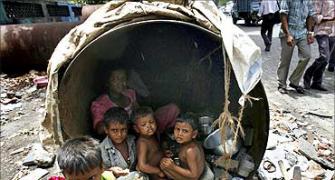 Paes-Tecau bow out of Thailand Open