India began their campaign AFC U-16 football championships campaign on a disappointing note, losing 2-3 to United Arab Emirates at the Nehru Stadium in Margao on Thursday. 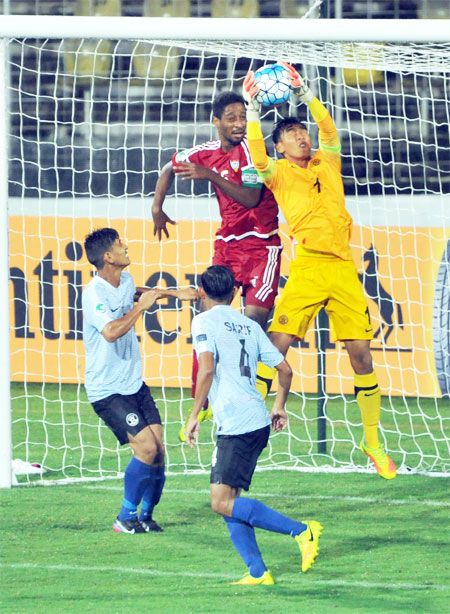 The loss will put India in a difficult position to qualify from Group A as they face former champions Iran and Saudi Arabia in later fixtures.

The top two in each group qualify for the quarter-final stage.

But UAE fought back twice to restore parity through Manea Aydh (35th) and Majid Rashid (53rd) before substitute Ahmad Fawzi scored the winner in the 74th minute.

In the other Group A of the day, Iran rally to beat Saudi Arabia 3-2.

Image: Action from the AFC U-16 match between India and UAE  in Margao on Thursday

© Copyright 2021 Reuters Limited. All rights reserved. Republication or redistribution of Reuters content, including by framing or similar means, is expressly prohibited without the prior written consent of Reuters. Reuters shall not be liable for any errors or delays in the content, or for any actions taken in reliance thereon.
Related News: Saudi Arabia, Mansor Albeshe, Mohammad Sharifi, Dhari Alanazi, Alireza Asadabadi
COMMENT
Print this article