Forward Adriano and former World Player of the Year Ronaldinho were left out of Brazil's World Cup squad on Tuesday.

Coach Dunga also refused to bow to pressure to call up Santos youngsters Paulo Henrique Ganso and Neymar, instead announcing a squad packed with defensive midfielders.

Ronaldinho was dropped by Dunga in April last year after a poor run of form at both international level and for his club AC Milan.

He has had a much improved season for the Serie A club but has not done enough to convince the coach he deserves a recall.

Former Inter Milan striker Adriano, top scorer last year when Flamengo won the Brazilian championship, has struggled for form and with off-field issues as well he has played in roughly half his club's games.

Dunga's choice left Brazil heavily dependent on Kaka for midfield creativity and could leave them short of options if he gets injured.

VfL Wolfsburg striker Grafite, overlooked last year when he was the Bundesliga's top scorer with 28 goals, was included.

The 31-year-old was given a surprise call-up for February's friendly against Ireland, when he made only his second international appearance.

Brazil, five-times world champions, face Portugal, North Korea and Ivory Coast in Group G, which is one of the toughest pools in the tournament.

© Copyright 2022 Reuters Limited. All rights reserved. Republication or redistribution of Reuters content, including by framing or similar means, is expressly prohibited without the prior written consent of Reuters. Reuters shall not be liable for any errors or delays in the content, or for any actions taken in reliance thereon.
Related News: Forward Adriano, Dunga, Ronaldinho, Flamengo, Gilberto Silva
COMMENT
Print this article 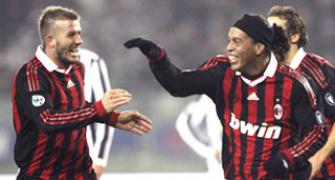 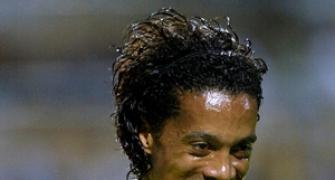 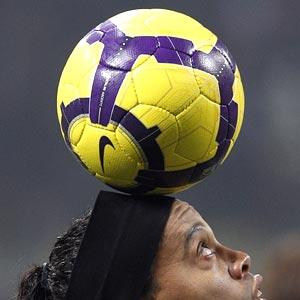 Ronaldinho would be an asset for Brazil: Pele