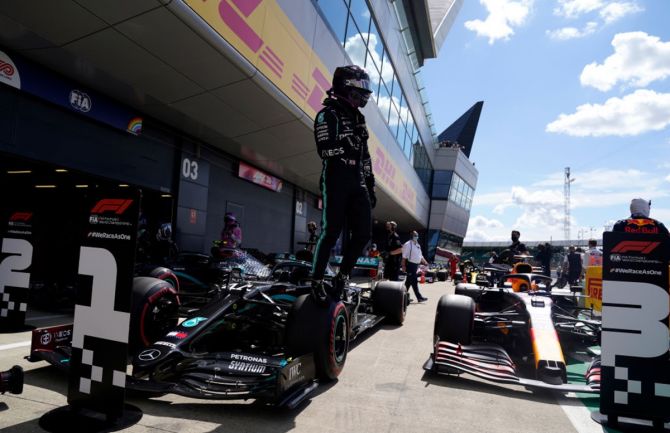 A half-built hotel and empty grandstands provide the backdrop to the starting grid at Sunday’s fan-free British Grand Prix but Silverstone circuit boss Stuart Pringle hopes for a full house next year.

The alternative, and the financial implications, do not bear thinking about.

“The piggy bank’s nearly dry. The bank’s standing by us, just as well,” Pringle told Reuters as he looked out over the start-finish straight from the window of a socially-spaced media centre. 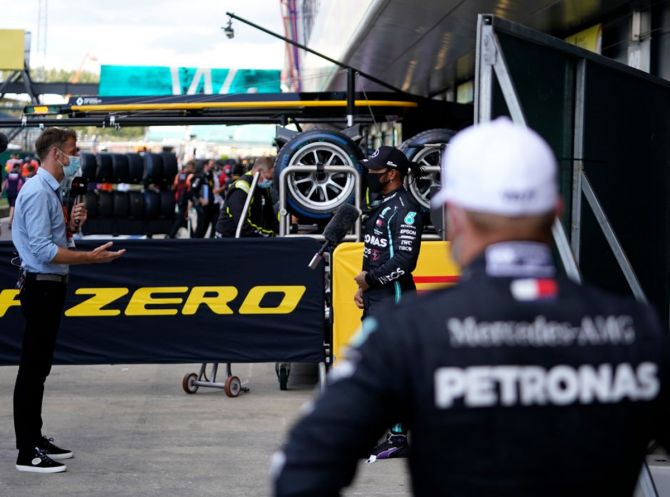 IMAGE: Lewis Hamilton of Great Britain and Mercedes GP talks to the media. Photograph: Will Oliver/Pool via Getty Images

“It’s a big game of snakes and ladders and having shinned up various lengths of ladder for the last five years we are now rapidly descending a snake,” he added, speaking through the face mask required under COVOD-19 protocols.

“We’ll just have to do it all again.” 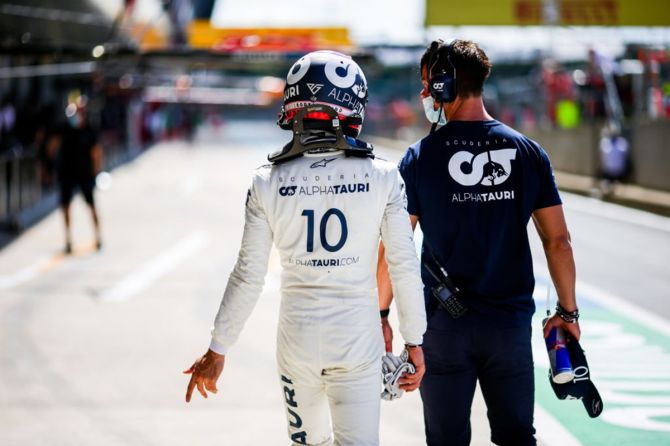 For the first time since Silverstone hosted the Formula One world championship’s inaugural race in 1950, the British Grand Prix is being run behind closed doors due to the pandemic that has ravaged the calendar.

The race boasted the biggest crowd of any last season, with 351,000 people attending over the three days and 141,000 flocking to the windswept former World War Two airfield on race Sunday. 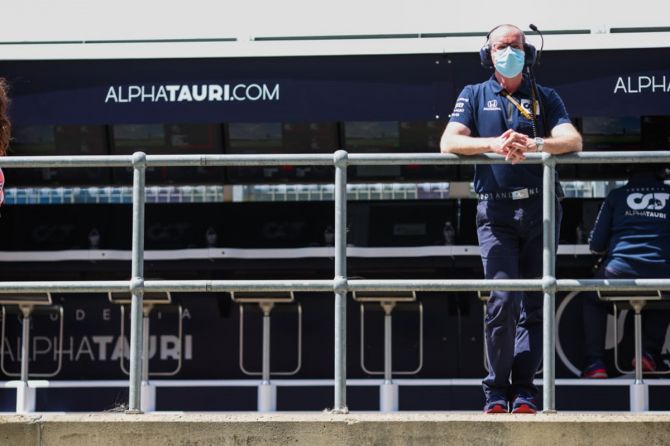 A home race for a majority of the 10 teams, Silverstone has become a place of pilgrimage for fans of Mercedes’ six times world champion Lewis Hamilton, who is chasing a record seventh home success this weekend.

“The British Grand Prix is the best grand prix, particularly because of the fans, the thousands that turn up and really create the spectacle,” said the Briton, who described the ‘new normal’ as super-weird.

The circuit, owned by the British Racing Drivers’ Club (BRDC) and looking immaculate in the sunshine, was more representative of a private test event on Saturday. 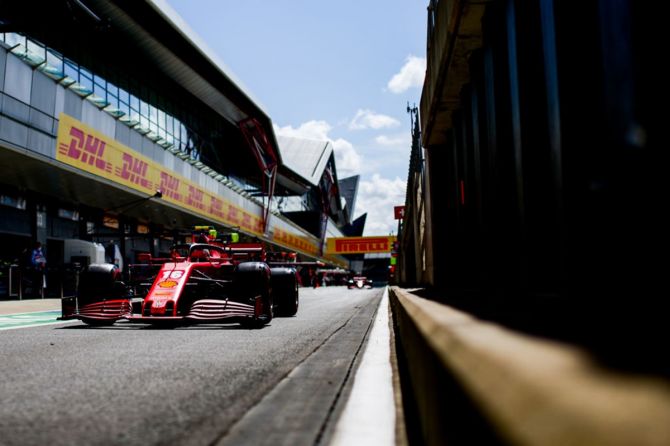 No queues, no traffic, no flags, no sponsors or VIPs, just empty campsites and an eerie silence when cars were not on track.

Only a few reporters have been given accreditation, with drivers and team officials interviewed remotely by video conference.

“This just should not be compared to a normal race for those of us who are here,” said Pringle.

“We know that the sport translates well to television, because it has grown its popularity based on its television appeal and it translates much better in this strange environment than football or cricket do.

“But anybody who is lucky enough to be here is completely missing the atmosphere, so it’s completely weird.”

Tickets for next year’s race are on sale already ‘in good faith’, and Pringle said it “jolly well needs to be back to normal” by then.

“We need to be close to full capacity next year,” he said.

“The BRDC’s finances are shot this year because doing a weekend track hire deal still doesn’t accurately represent what the cost of keeping a Grade One FIA licence on a circuit is for a whole year.

“We know that the finances of this thing require capacity, or something very close, to balance.”

Sunday’s race is the first of two back-to-back at Silverstone, with the Aug. 9 round titled the 70th anniversary Grand Prix but, with no live crowd to enjoy them, the celebrations are on hold.

“We’re going to take the plans that we had for this year and run them in 2021,” said Pringle.

“If you’ve got a V16 BRM (engine) running, you want to hear it. Live. You don’t want to sit at home on your sofa thinking ‘I’d love to be there listening to that’.”