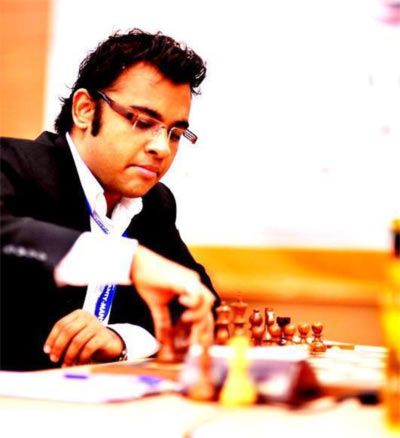 Grandmaster and former World junior champion Abhijeet Gupta won the Commonwealth Chess Championship after settling for a quick draw with Arghyadip Das in the ninth and final round in New Delhi, on Tuesday.

Gupta regained the crown with a very impressive eight points out of a possible nine, winning the first seven games in the championship and drawing the last two with utmost ease.

"I guess I was doing well right from the start, I got off with some victories and it was nice to win seven games in a row, I could not remember the last time I did that in any International event. That was it I gess my seventh round victory was the most important and it came rather quickly as Deep Sengupta was not so well prepared which I found a bit unusual but obviously took it!" said Gupta on his victory.

Das came second winning the silver ahead of M R Lalith Babu who won his game to win the bronze medal.

In the women's section, Padmini Rout, S Vijayalakshmi and S Meenakshi all won their games to finish among the medals.