The Rio 2016 Olympics have opened with a colourful and pulsating ceremony at Maracana stadium on Friday night.

Rediff.com presents the five most talking points from the Opening Ceremony. 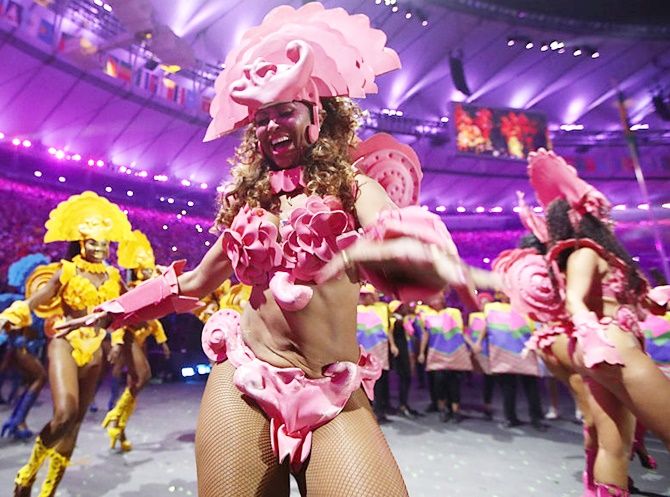 IMAGE: A general view during the Opening Ceremony of the Rio 2016 Olympic Games at Maracana Stadium. Photograph:  Cameron Spencer/Getty Images.

Opening Ceremony was a flamboyant feast of Brazilian culture -- if there's one country that knows how to party, it's Brazil.

Unlike the opening ceremonies in Beijing in 2008 and London in 2012, a financially constrained Brazil had little choice but to put on a more "analog" show, with minimal high-tech and a heavy dependence on the vast talent of Brazil and its Carnival party traditions. In the nearly four-hour event, nothing appeared to go awry. During the Parade of Nations, Tonga spiced things up with its shirtless flag bearer. Australian-born Pita Nikolas Taufatofua, an Olympian in taekwondo, showed off his oiled, muscular frame much to the delight of the crowd.

"Olympic opening ceremony tonight! Pumped! We have a little surprise.. Don't blink or you'll miss it ;)" he posted on Facebook before the ceremony. 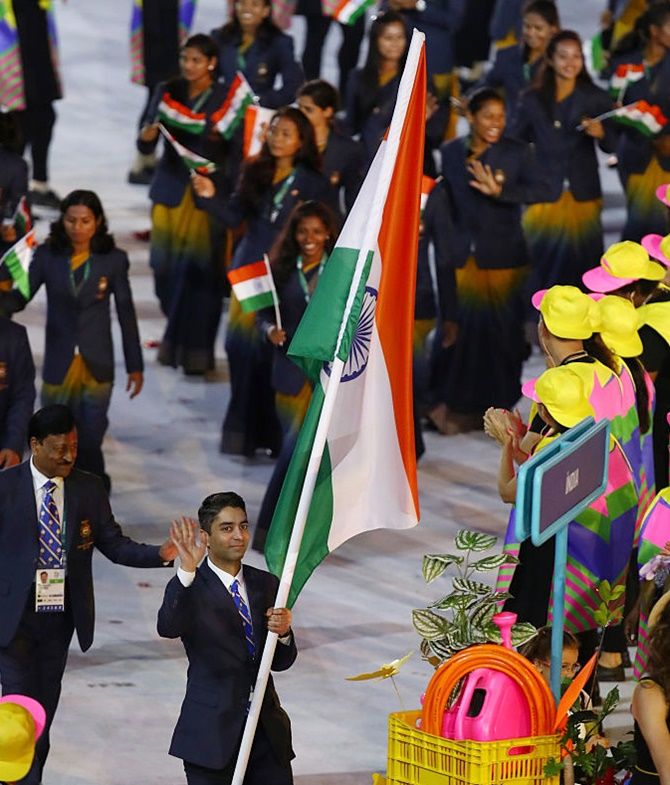 India's largest ever contingent was led by flag bearer Abhinav Bindra. Bindra barely ever shows emotion. So when you see the Beinjing Olympics gold medalist smile, you know it’s a special night. 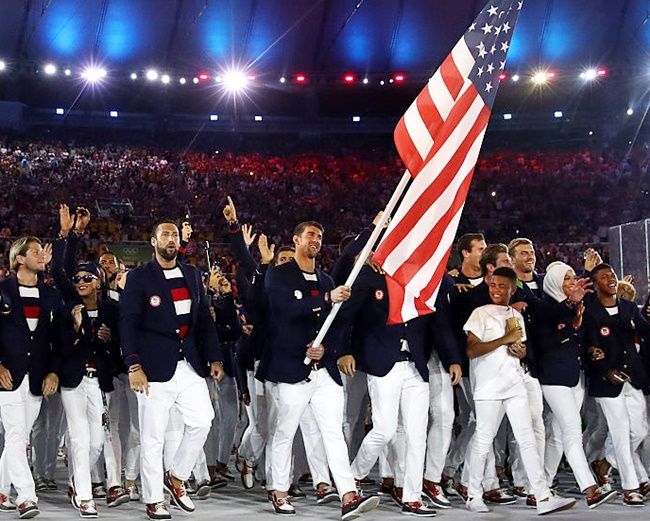 IMAGE:  Michael Phelps of the United States carries the flag during the Opening Ceremony of the Rio 2016 Olympic Games at Maracana Stadium. Photograph: Cameron Spencer/Getty Images.

Michael Phelps grinned broadly as he walked into Maracana Stadium, waving the American flag over his head as he officially led the United States into the 2016 Olympics. 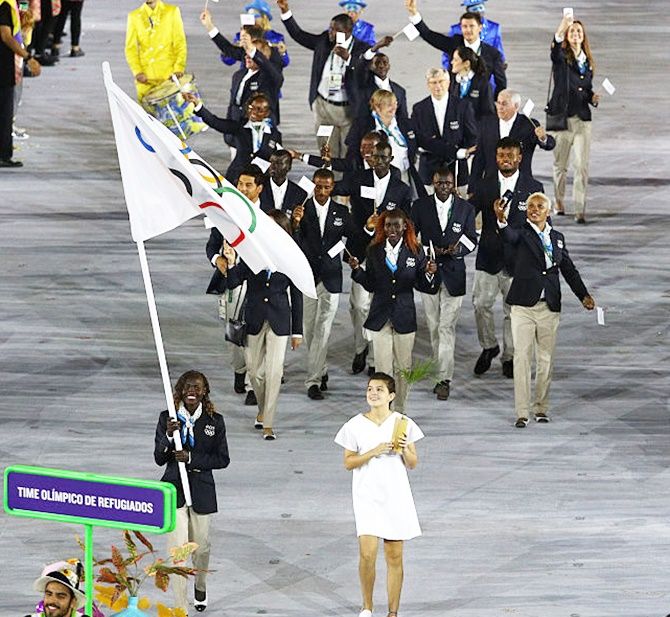 Loud cheering erupted when two of the last teams entered the stadium: the first Refugee team in Olympic history and finally a samba-dancing Brazil contingent.