The professional tennis circuit, which requires players to jet around the world, was forced into shutdown in early March as countries went into lockdown and closed their borders to contain the spread of the novel coronavirus. 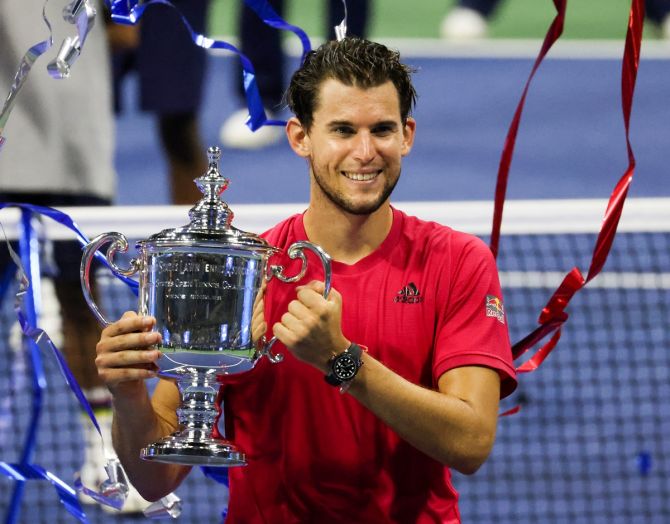 IMAGE: Austria’s Dominic Thiem celebrates with the championship trophy after winning the US Open in a tie-breaker against Germany's Alexander Zverev. Photograph: Al Bello/Getty Images

Tennis welcomed a first men's Grand Slam champion from outside the 'Big Three' since 2016 in Dominic Thiem during a 2020 campaign with compelling storylines despite the COVID-19 pandemic wiping out almost half the season, including Wimbledon.

The women's tour also found new young champions in American Sofia Kenin and Iga Swiatek of Poland, while world No. 1 Ash Barty's season came to an abrupt halt in February as she opted not to travel out of Australia for the rest of the year because of the pandemic.

Organisers breathed a sigh of relief when fears of disruption to the Australian Open from bushfire smoke receded just before the year's first Grand Slam but less than two months later they faced a much more complex problem.

The professional tennis circuit, which requires players to jet around the world, was forced into shutdown in early March as countries went into lockdown and closed their borders to contain the spread of the novel coronavirus.

The grasscourt major at Wimbledon was the biggest casualty as it was cancelled for the first time since World War II while the revamped Fed Cup and Davis Cup finals also fell prey. 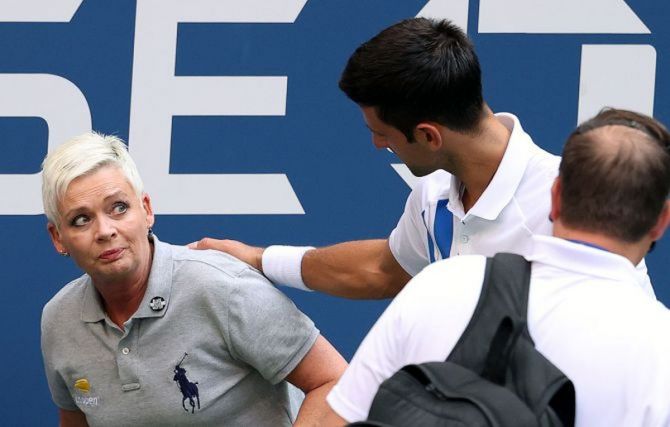 IMAGE: Novak Djokovic speaks to the line judge who was hit with the ball during his fourth round match against Pablo Carreno Busta on Day 7 of the 2020 US Open in New York. Photograph: Al Bello/Getty Images

The five-month shutdown stopped lower-level players from earning a living, presenting an opportunity for the fractured tennis world to come together and work in unison to raise funds for those on the circuit in need of financial assistance.

In August, the season resumed in Italy amid strict health measures and controlled 'bubbles', a blueprint that allowed the US Open and the rescheduled French Open to be held.

It was at the fanless Flushing Meadows that Thiem ended the iron-grip of the triumvirate of Rafa Nadal, Novak Djokovic and Roger Federer on Grand Slams, the first major won by a player outside the trio since Stan Wawrinka's 2016 triumph in New York.

Thiem's triumph was, however, aided by the absence of Nadal, who did not defend his title due to COVID-19 concerns, while Djokovic lost his fourth-round match by default after inadvertently hitting a line judge with a tennis ball.

That ended a 26-0 winning run in 2020 for Djokovic that included an eighth Australian Open title for his 17th slam. The Serbian, who was criticised for organising an exhibition event in June during which he and several players tested COVID-19 positive, also created a breakaway players' body that met strong opposition from some athletes and administrators.

Djokovic, however, recovered strongly from his ignominious exit in New York to win the Rome Masters and also reached the French Open final, where he went down to arch-rival Nadal. He ended the year as the men's number one for the sixth time.

Nadal's 13th crown at Roland Garros was his 20th major and tied him for the most men's titles with Federer, who played the Australian Open before two knee operations ended his season.

While Djokovic and Nadal showed they will continue to be leading contenders in 2021, Thiem, Daniil Medvedev and US Open finalist Alexander Zverev underlined their potential.

Thiem's first major win in his fourth final was followed by Russian Medvedev's victory in the season-ending ATP Finals, which was held for the final time in London before moving to Turn in Italy for the next five years. 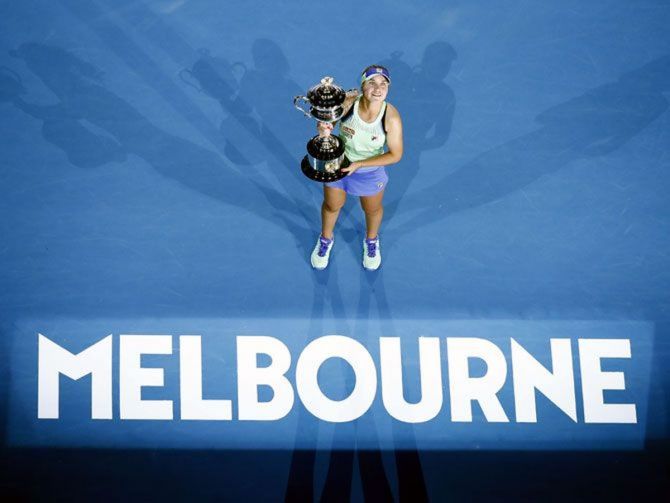 IMAGE: Sofia Kenin, who became the youngest women's Australian Open winner since Maria Sharapova, who won in 2008 at the age of 20, won the WTA Player of the Year award. Photograph: Daniel Pockett/Getty Images

On the women's tour, Barty reached at least the semi-finals in three of the four events she contested in the first two months of the year but due to the pandemic she opted to sit out the rest of the season, including the US and French Opens.

Romania's world No. 2 Simona Halep also skipped the US Open but then went on a 17-match winning streak that ended in Paris, where 23-time major winner Serena Williams was forced to withdraw with an Achilles injury before her second-round match.

Kenin, 22, won the WTA Player of the Year award after her Australian Open victory and runner-up finish at Roland Garros to 19-year-old Swiatek, who became the youngest French Open women's winner for 28 years. IMAGE: Victoria Azarenka made her comeback this year and finished runners-up at the US Open. Photograph: Al Bello/Getty Images

The year also marked the comeback of twice major winner Victoria Azarenka, who won her first title since 2016 at the Western & Southern Open when Naomi Osaka withdrew injured.

Two weeks later the pair met again in the US Open final but this time it was the Japanese who emerged victorious, picking up her third Grand Slam trophy.

Osaka, born to a Japanese mother and Haitian father and is the highest paid women athlete in the world, was also hailed for shining the light on racial injustice during the tournament.

Before each match at Flushing Meadows, she wore a mask bearing the name of a different Black American who had suffered racial injustice in the United States. 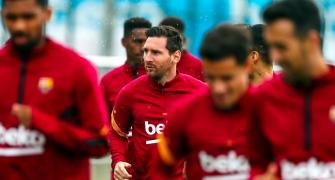 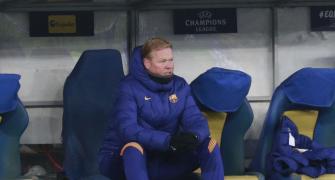 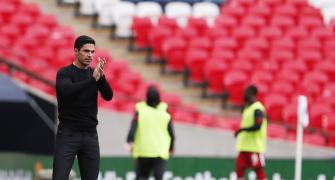 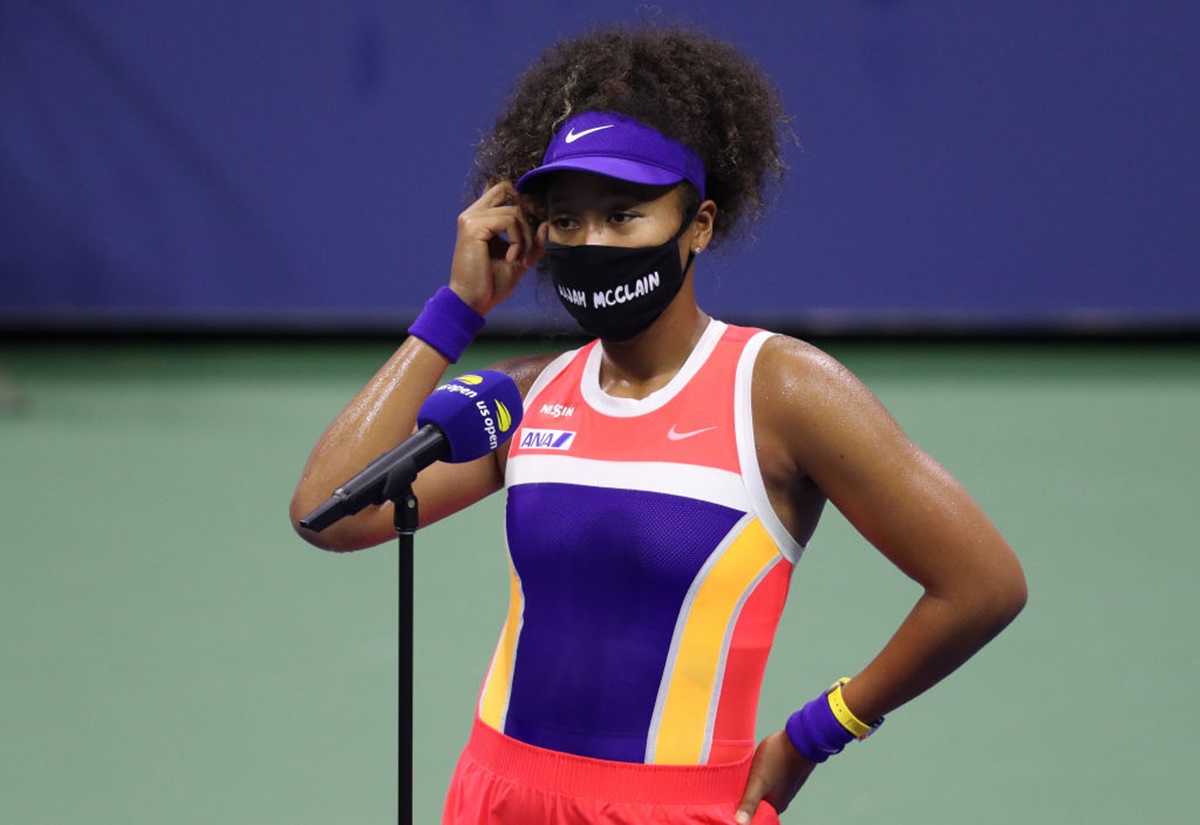 Athletes bring fight for equality in sports in 2020 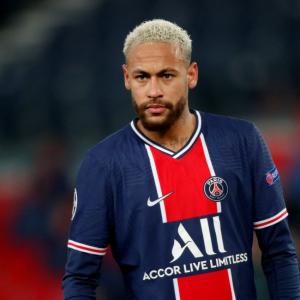