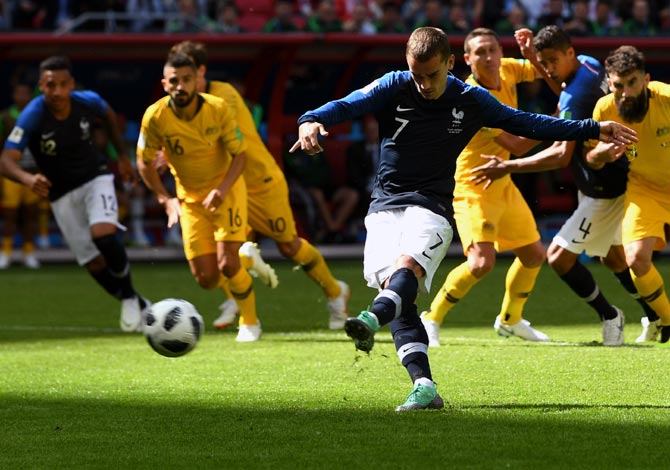 France produced an overall disappointing performance in their opening game but still got the job done, a scenario that would be repeated throughout their run to the final.

Antoine Griezmann converted the first World Cup penalty to be awarded after a video review to break the deadlock, but a bizarre handball by Samuel Umtiti saw Australia hit back. After a double substitution from Didier Deschamps, Paul Pogba grabbed a winner with 10 minutes left with a heavily deflected shot.

The win in Kaliningrad put Croatia in a strong position after Argentina were held to a surprise 1-1 draw by Iceland in their Group D opener. 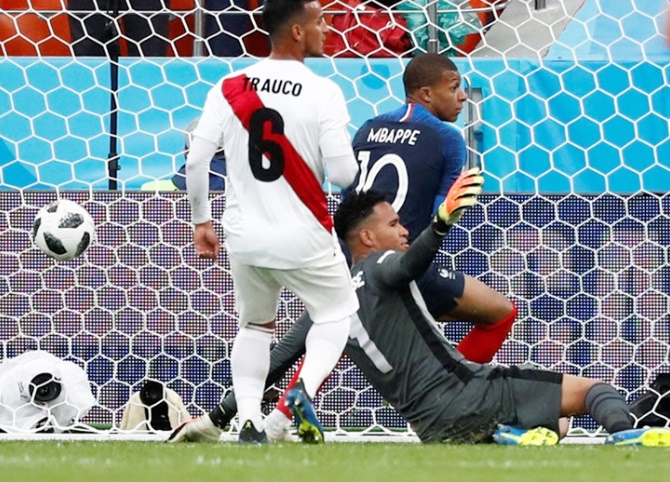 Deschamps recalled experienced hands Olivier Giroud and Blaise Matuidi to his starting line-up for their second game, and France improved but still struggled to impress against the South Americans.

The breakthrough came with a deflected shot from Giroud which Kylian Mbappe tapped into the net, although Peru were not far from levelling when Pedro Aquino clanged the crossbar. The win saw France into the last 16 and sent Peru out. 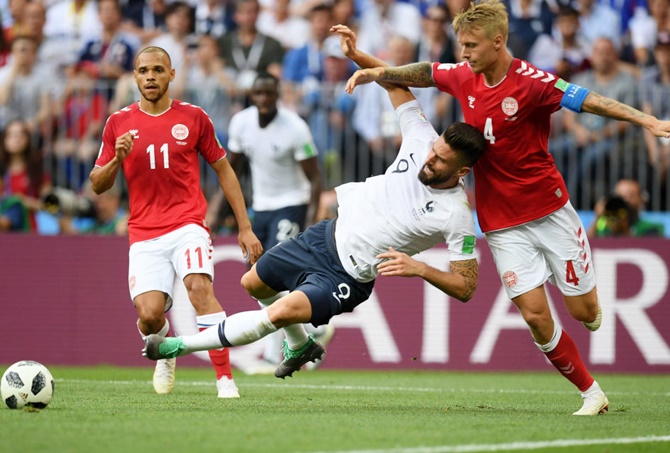 Deschamps made six changes to his team for the final group game and only needed a point to guarantee top spot, a result which also suited the Danes and would guarantee their passage to the last 16.

To little surprise, the circumstances lead to the tournament's first goalless draw and probably its least interesting game, with neither side willing to take any risks in attack. 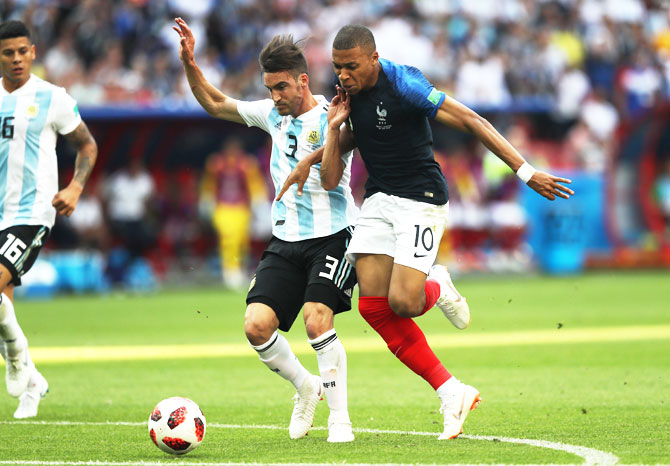 A match-up worthy of a World Cup final kicked off the knockout phase and was a thriller from the start, when Mbappe blazed through the middle of the pitch and won a penalty which Griezmann converted, right to the finish, when Sergio Aguero headed in an injury time goal to set up a tense finale. 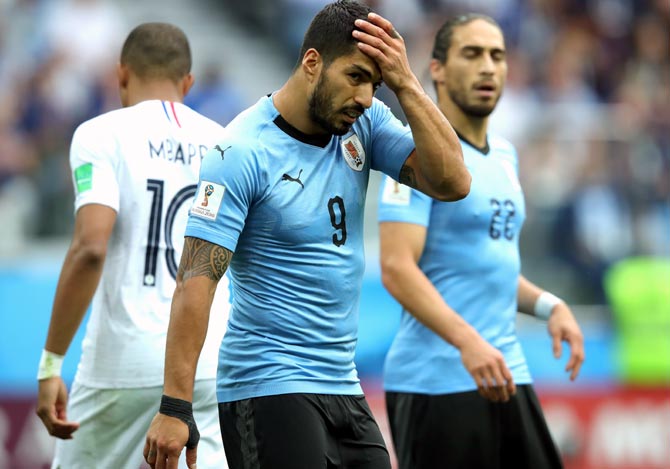 Griezmann had predicted that facing a team marshalled by his Atletico Madrid teammates Diego Godin and Jose Gimenez would be a boring affair, and it took a Raphael Varane header from one of the forward's free-kicks to open it up.

Goalkeeper Hugo Lloris preserved France's lead with a stunning save to deny Martin Caceres, while Griezmann ended the game as a contest with a speculative shot that slipped through Fernando Muslera's hands, although he opted against celebrating out of his affection for Uruguay. 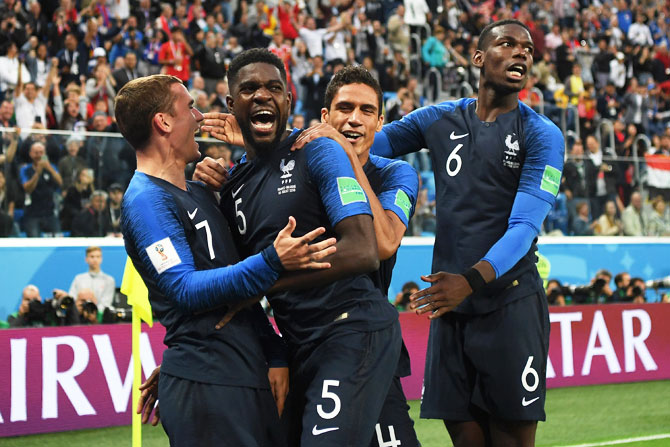 With France great Thierry Henry in the opposing dugout as assistant coach and a Belgium team full of players who had learned their trade at French clubs, this semi-final was packed with narratives and did not disappoint.

Belgium played the more attractive football, with Eden Hazard their main source of danger. But France were more street wise, playing a careful, defensive game and striking with Samuel Umtiti's header from a corner kick.

Paul Pogba summed up France's ruthless mentality in the game, saying: "I am not a natural defender, but I want to win the World Cup, and you have to make sacrifices."

IMAGE: France's Samuel Umtiti celebrates with teammates after heading in the first goal, that eventually proved to be the match-winning goal, during the 2018 FIFA World Cup semi-final against Belgium at Saint Petersburg Stadium in Saint Petersburg, Russia. Photograph: Shaun Botterill/Getty Images