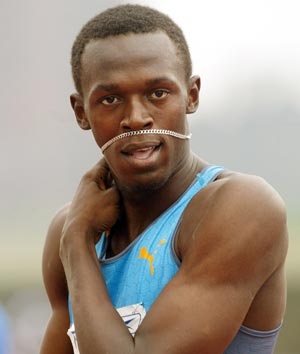 Usain Bolt was born to Jennifer and Wellesley Bolt in Trelawny, Jamaica, on August 21, 1986.

He played cricket at school, his height making him a natural fast bowler.

His cricket coach recognised he was quick on his feet and suggested he try sprinting. 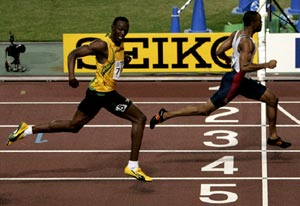 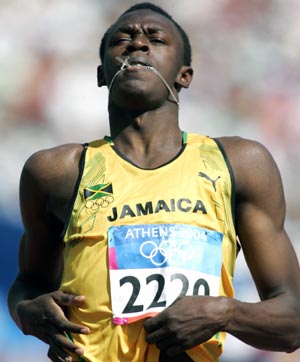 Bolt first competed in the Olympics at the 2004 Games in Athens, but was eliminated in the first round in the 200m after struggling with an injury. 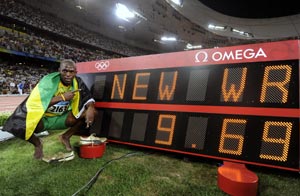 Silver medallist at the 2007 World Championships in the 200m.

He also claimed silver in the 2007 World Championships in the 4x100m relay. 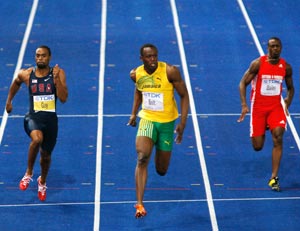 He won gold in the 100m and 200m with World Record times and with his Jamaica team mates triumphed in the 4x100m relay.

Bolt also became the ninth man to win the Olympic sprint double and the first since Carl Lewis in 1984. 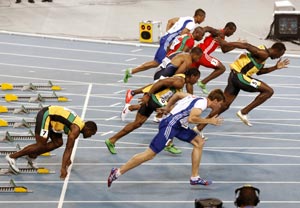 Missed out on the gold medal in the 100m at the 2011 World Championships in Daegu after he was controversially disqualified due to a false start. 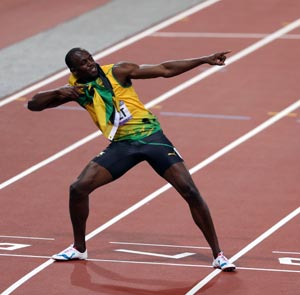 Bolt ran 9.63 seconds, the second fastest 100m ever, to retain the title he won in Beijing four years ago.

He also won gold in the 200m to become the first man ever to win both the 100m and 200m in consecutive Olympics.

He also lifted Jamiaca to victory in the 4x100m relay. 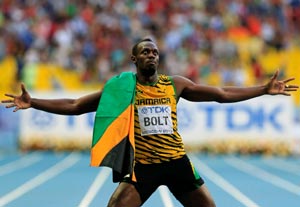 He cruised to victory in the 200m, while adding another gold medal in the 4x100m relay. 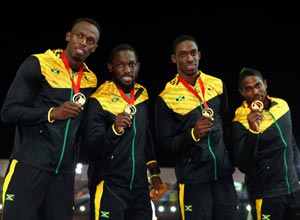 Bolt anchored Jamaica to the 4x100m relay gold with an emphatic finish to win his first Commonwealth Games medal as he made a good comeback from a hamstring injury.

Later in the year, Bolt set the indoor 100m World Record in Warsaw with a timing of 9.98 seconds. 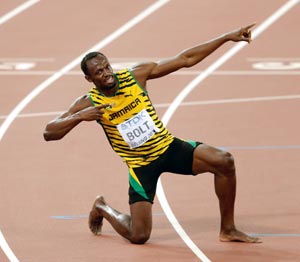 Bolt retained his 100m title at the 2015 World Championships in Beijing when he narrowly edged out Justin Gatlin in the final.

In doing so, Bolt became the third sprinter -- after Americans Carl Lewis and Maurice Greene -- to win the World title on three occasions.

Bolt ran the fastest time of the year, 19.55 seconds, to win a record fourth straight World 200m title and sweep the individual sprints at a major global championships for a fifth time. 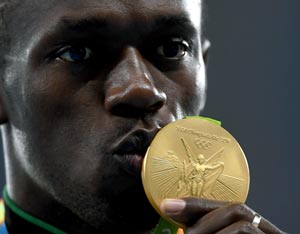 Bolt stormed to victory in the 100m final in the 2016 Rio Olympics to become the first man to win three successive Olympic titles on the track.

The Jamaican secured a sweep of the three men's sprint titles for a third successive Olympics when Jamaica successfully defended its 4x100m relay title. Bolt ran the anchor leg to add the Rio relay crown to the 100m and 200m titles he had already won for a third straight Games.