News
Business
Movies
Sports
Cricket
Get Ahead
Money Tips
Shopping
Sign in  |  Create a Rediffmail account
Rediff.com  » News » Why Modi needs to take a correct call on the J&K verdict 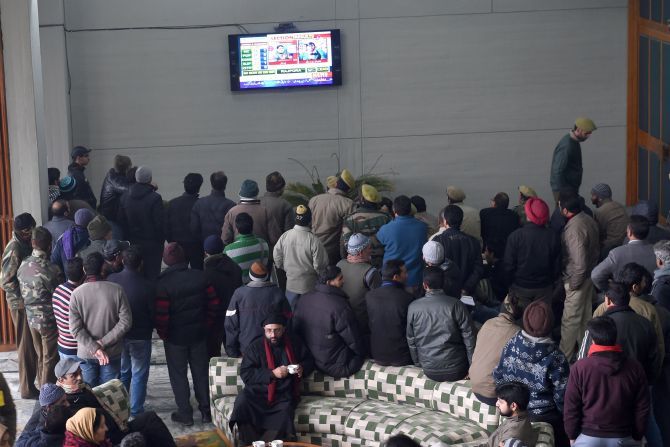 The BJP has already cobbled up 28 seats to counter-bargain with the PDP's 28 seats in future talks.

It is up to the Kashmir-based parties like the National Conference and PDP to assess the damage of going with the BJP, which is perceived as the 'Hindu' party in the state.

Sheela Bhatt/Rediff.com's takeways from the historic but fractured mandate in Jammu and Kashmir.

The electoral history of Jammu and Kashmir has moved one step forward with the Bharatiya Janata Party winning the largest share of votes in the state.

Even though Mufti Mohammad Sayeed's Peoples Democratic Party emerged as the single-largest party capturing 28 seats in the 87-member assembly, it won 22.7 per cent of the votes while the BJP won 23 per cent.

The hung assembly results are historic any way you see it. This is only the third time that a change of government is taking place via a popular vote since 1947.

If the BJP has won the largest vote share and is tantalisingly close to installing the first Hindu chief minister in the Muslim-majority state, it received a severe political setback by not winning a single seat in the Kashmir valley. This has made it difficult to decipher the mandate conclusively.

The BJP has also done badly in Ladakh where Buddhist voters are in a majority, but then in Jammu's Muslim-dominated seats voters elected the BJP's Muslim candidates.

What is noteworthy is that the BJP has already cobbled up 28 seats to counter-bargain with the PDP's 28 seats in future talks.

Two seats of former separatist Sajjad Lone's party including Lone's own seat is on the BJP's side. The winner from Udhampur -- Pawan Kumar Gupta, a BJP rebel -- has also declared support to his old party.

So the BJP matches the PDP's seat count on a historic night. Technically speaking, the BJP plus three can either go with the PDP or the National Conference which won 15 seats to come close to the majority mark of 44 in the House.

Also, two Independent winners -- Haquim Yasin from the Khansahib constituency and Engineer Rashid from Langate -- are likely to support the BJP. Another Shia winner has also been contacted by the BJP in Ladakh.

Also notwithstanding his party's position, Mohammad Yusuf Tarigami, secretary of the Communist Party of India-Marxist's Jammu and Kashmir unit, can abstain and end up helping the BJP-led coalition. However, the maverick Tarigami's stand is not clear yet.

In the given situation, the BJP can also go for the long haul and not lead the government, but be an equal partner with the PDP.

What is interesting to note is that the sensitive idea of a first Hindu chief minister for Jammu and Kashmir cannot be now rejected outright during the six-year tenure of this assembly.

The results are a huge psychological win for the BJP even though it ended up with embarrassment in the Kashmir valley. The votes in the valley never came the BJP's way despite its massive propaganda machine.

The BJP's hopes in two or three seats in the valley disappeared when Minister of State Niranjan Jyoti abused non-Hindus and BJP MP Sakshi Maharaj called the Mahatma's murderer Nathuram Godse a nationalist and a national controversy then erupted over religious conversions in Uttar Pradesh.

The PDP is wary of the BJP because many believe to partner a 'Hindu' party in Kashmir will end the PDP's run after six years. For the PDP's long term future it would like a 'secular' Congress as its partner.

But if the option is to take the risk for faster development of the state and smooth relations with the government in New Delhi and also take into account the Pakistan situation, then the PDP may prefer the BJP and Prime Minister Narendra Modi.

The PDP and National Conference both have a history of joining hands with the BJP in New Delhi, but never in Srinagar. An alliance in the state makes both parties worry about their future.

From the Jammu and Kashmir population's point of view, a stable government could be provided by a PDP-BJP alliance. It will be highly stable and if Mufti Mohammad Sayeed is at the helm of affairs, Kashmir will remain relatively calm.

Mufti Sayeed is like Atal Bihari Vajpayee in his politics. He is all inclusive and his wise approach will help balance the newcomer BJP whose representation in the government will take care of the so-called Jammu sentiment.

The PDP has been known to be sympathetic to separatists and militant elements. The BJP and PDP will have to show extraordinary maturity to run the state in view of the adversarial and opposite positions in their approach to tackle militancy.

The way things stand today and since the numbers favour the BJP as much as the PDP it is possible that the BJP will ask for its chief minister (obviously a Hindu) after three years, if not right now.

The BJP's parliamentary party meeting on Wednesday will take a call. The responsibility on Modi's shoulders is enormous. He has to decipher correctly Kashmir's message. He has not got electoral support in the valley. The fractured mandate shows the divide between the regions of Jammu and Kashmir.

What is in the best interests of India and Kashmir should be the judge while reading the fine print of the verdict.

The BJP can wait and even history can wait. Modi's judgment will make success or failure out of the fractured verdict.

The larger historical and national context, peace in the state to propel development and the stability of the government which may have for the first time the BJP in the ruling coalition should be on his mind, in that order.

Jammu and Kashmir has come a long way after seeing so much blood and tears on the path to democracy, development and hope. Modi's decision will be eagerly awaited by India. 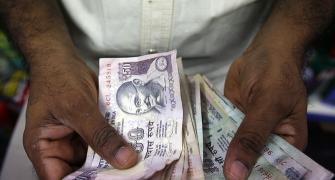 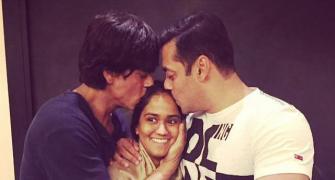 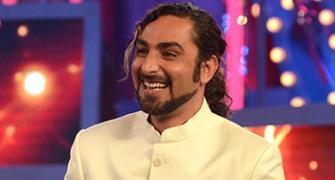