News
Business
Movies
Sports
Cricket
Get Ahead
Money Tips
Shopping
Sign in  |  Create a Rediffmail account
Rediff.com  » News » Who will get the coveted CBI chief's job?

Who will get the coveted CBI chief's job?

Delhi's power circles can expect a surprise when a not-so-known officer is appointed to head the CBI. 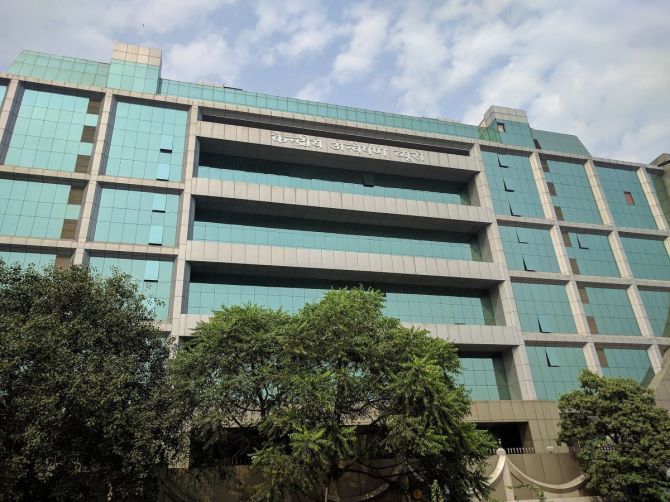 The Central Bureau of Investigation remained off the media radar in New Delhi under Rishi Kumar Shukla who has just handed over temporary charge on completion of his two-year tenure as CBI director to Praveen Kumar Sinha, additional director, CBI, currently the senior-most officer in the Bureau.

The post of director, CBI, is the only bureaucratic position whose selection is made by a three-member Collegium comprising the prime minister of India, the Chief Justice of India and the leader of the Opposition in the Lok Sabha.

This procedure has been mandated by the Lok Pal Act and guarantees a two-year security of tenure for the CBI director.

Indian Police Service officers from the 1984, 1985 and 1986 IPS batches and who serve with director general of police rank are currently eligible to be selected for the CBI director's assignment.

None of the CBI's incumbent additional directors -- Praveen Sinha, Ajay Bhatnagar or D C Jain -- are from these three IPS batches. Sinha, the senior-most of the trio, is from the 1988 IPS batch, which is out of the zone of consideration.

The next filter for the CBI director's selection is the set of objective criteria laid down by the Supreme Court of India in the case of Union of India and Others v C Dinakar [2004 AIR 2498 SC]: 'Seniority although is a criterion, but merit indisputably would play a decisive role which is required to be determined with other relevant considerations, namely, integrity and experience in the investigation in anti-corruption cases.'

This way, the department of personnel has helped to transform a seemingly complex algebraic mandate of the Supreme Court for 'experience in investigation' into a simpler and more practicable arithmetic reality.

This means that the officer with the highest experience in investigation without any slur on his integrity is a straightforward winner.

The duty of the Collegium in the matter of the selection of the next CBI drector is now confined to simple arithmetic, unless it can come up with a more objective rationally superior way to quantify the Supreme Court mandated 'decisive' criterion of 'experience in investigation.

Going by recent reports, the front-runners for the post based on the seniority-cum-merit criteria are officers from the 1984 IPS batch who have previous experience serving in the CBI, namely, Y C Modi, presently the director of the NIA, and Rakesh Asthana, presently the director general of the Border Security Force and the Narcotics Control Bureau.

Of these, Modi, has inter se seniority, but he has less experience serving in the CBI than Asthana and even lesser experience in handling anti-corruption investigations.

But Modi has not been involved in any controversies like Asthana who had to face a high-profile controversial corruption investigation in October 2018.

Asthana later emerged unscathed from the controversy in court. 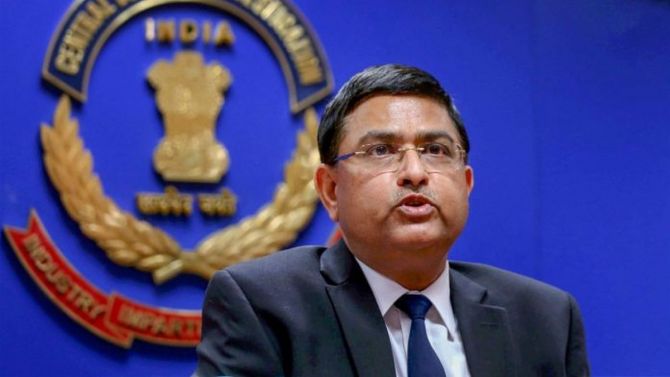 IMAGE: Rakesh Asthana, the 1984 Indian Police Service officer from Gujarat, who is presently the director general of the Border Security Force and the Narcotics Control Bureau. Photograph: PTI Photo

Asthana accumulated rich experience in handling anti-corruption investigations in the mid-1990s whilst being posted in the CBI's anti-corruption branches in Patna, Dhanbad and Ranchi as SP or/and DIG, and was a pivotal officer in the investigations into the Animal Husbandry Department scandal involving Lalu Prasad Yadav, then the Bihar chief minister.

Subsequently, whilst heading the CBI's Special Investigation Team as Additional/Special Director, he supervised the collection of documentary evidence to secure the bank fraud case against Vijay Mallya.

Y C Modi, in contrast, has no such comparable experience in the investigation of corruption or economic crimes.

He was posted during his years in the CBI as SP/DIG in the Special Crimes-I Branch.

He was the supervisory DIG of the team that investigated the Haren Pandya Murder Case.

This case later became embroiled in a controversy when the Gujarat high court acquitted Asgar Ali, the charge-sheeted shooter, on the grounds of ballistic forensic impossibility.

Asthana then headed the Special Investigation Team into the Godhra train fire incident.

Between July 2017 and October 2018, Asthana was involved in a bitter public feud with the then CBI chief Alok Kumar Verma. The prime minister's office, to the surprise of many, did not intervene in the matter.

Another name making the rounds is that of Abhay, the present DGP of Odisha, an IPS officer of the 1986 batch.

He had a seven year stint in the CBI as a superintendent of police and DIG, and headed the Anti-Corruption Bureau in Odisha for a long time.

What he may lack in seniority, he makes up for in the accumulation of experience in the investigation of anti-corruption crimes.

However, he is facing a controversial criminal case, allegedly 'for the abuse of official position'.

That's the only case in his long unblemished career.

In the corridors of the CBI and South Block all eyes are on this case.

If the case sees closure, then Abhay's chances will rise.

Kerala DGP Lok Nath Behera is also an IPS officer of the 1985 batch.

He had a 10 year stint in the CBI from 1995 to 2005 as SP and DIG, with a string of successful cases under his belt -- the Purulia Arms Dropping Case, the IC-814 Hijacking Case, Political assassination cases by Naxalites and terrorist organisations in the North-East, the Uphaar Fire Tragedy Case, the Madhumita Shukla Murder Case, the Ajit Sarkar Murder case (involving Pappu Yadav), the Satyendra Dubey (NHAI Whistleblower) Murder Case, the Ujjain Serial Murders Case, the Coal Mafia Don cases, Fake Arrest Warrant Cases against the Chief Justice of India and others.

Apart from this, during a six year stint in the National Investigation Agency, he accumulated immense experience in the investigation of left wing extremism and religious terrorism cases.

Behera was one of the founder-officers of the National Investigation Agency under its first director-general, the late R V Raju.

Besides, these 16 years in central investigation organisations, he has also accumulated rich experience in stints in the Kerala police as head of the Vigilance and Anti-Corruption Bureau and the Criminal Investigation Department.

On merit-cum-seniority, Behera has an edge over the other contenders because his tenures have been successful and non-controversial. Deswal has the seniority over H C Awasthy, Lok Nath Behera, Arun Kumar and Abhay, but he does not have rich experience of the investigation into the corruption cases.

Subodh Jaiswal, the former DGP, Maharashtra, who was brought to the Centre in November 2020, according to buzz in the corridors of power, is seen as the dark horse for the CBI director's post.

He worked closely with Rajeshwar Singh at the Enforcement Directorate in the investigation of the Abdul Karim Telgi Stamp Paper Scam.

Jaiswal served nine years in the Research and Analysis Wing and was also Mumbai's police commissioner.

In recent years, IPS officers with little or no previous experience in the CBI have headed India's premier detection agency.

Anil Sinha, Alok Kumar Verma and Rishi Kumar Shukla had little or no experience of the CBI.

Jaiswal has no previous experience of working in the CBI.

Delhi's power circles can expect a surprise when a not-so-known officer is appointed to head the CBI.

Two years ago, hardly anyone in New Delhi knew Rishi Kumar Shukla before his appointment as director, CBI.