The celebrated contemporary dancer's performance was part of the One World Retreat, a three-day event to promote the cause of the Indian Head Injury Foundation.

Astad Deboo, the celebrated contemporary dancer and choreographer, took the audience's breath away when he twirled on the parapet of the historic Mehrangarh Fort in Jodhpur during a fundraiser for the Indian Head Injury Foundation last week.

"The event was to raise funds for the head injury foundation and here I was doing some dance moves on a narrow parapet 30 feet high," laughs Deboo, the pioneer of modern dance in India, who is not new to dancing on heights.

To the relief of the audience, he subsequently glided down the parapet and continued with his performance on the terrace of the beautifully lit fort. 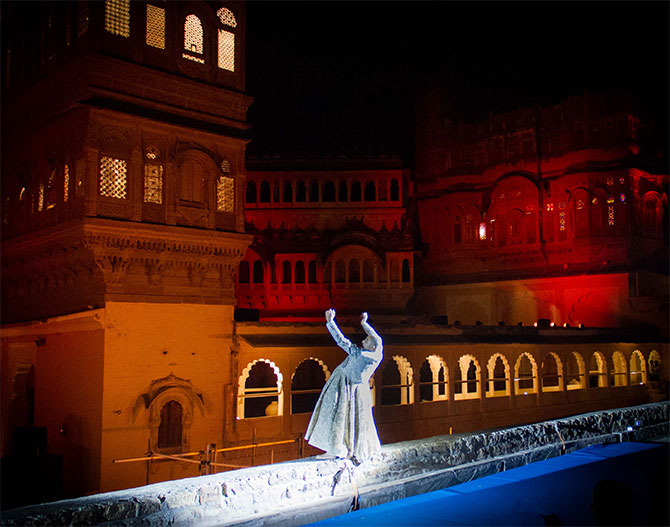 Image: Astad Deboo executes some dance moves on the parapet of the Mehrangarh Fort in Jodhpur. Photographs: Courtesy, Amit Kumar

Deboo was part of the One World Retreat, a three-day event to promote the cause of the Indian Head Injury Foundation. In 2005, Maharaja Gaj Singh's son, Yuvraj Shiv Raj Singh, suffered a serious head injury after a polo accident and continues his recovery.

Maharaja Gaj Singh of Jodhpur launched the IHIF after his son's accident to spread awareness and gather resources for those suffering from brain injury. 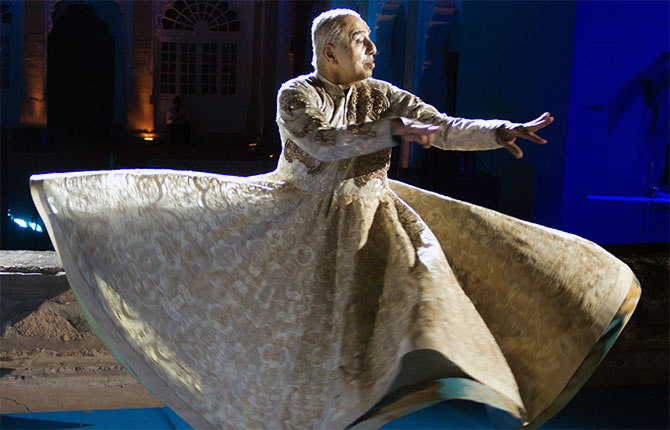 Image: Astad Deboo's performance was part of a fundraiser for the Indian Head Injury Foundation.

Other performers at the event included a poetry recital by movie superstar Amitabh Bachchan, the Shillong Choir with the Vienna Chamber Orchestra, the Eton Choir (the alma mater of both Maharaja Gaj Singh and his son), fashion shows by J J Valaya and Raghavendra Rathore, who is the maharaja's nephew. A talk by Sadhguru Jaggi Vasudev and discussions with doctors on head injuries and road safety. 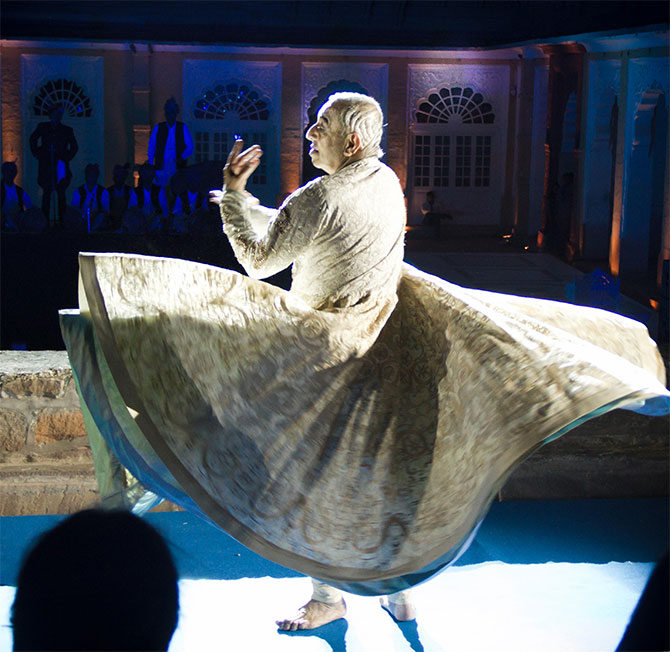 Astad Deboo has been awarded the Padma Shri and performed in 70 countries.

The fundraiser also included the auction of Sachin Tendulkar's farewell Test jersey that was sold for Rs 600,000. It was bid on by Yuvraj Shiv Raj Singh and hosted by Christie's.

A painting by Paresh Maity fetched Rs 750,000. Among the guests were Sarah Ferguson, the erstwhile duchess of York. 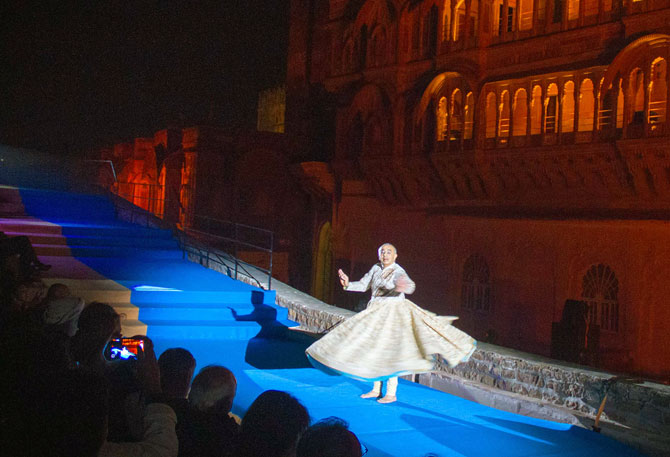