Don't look for a single cause -- a combination of factors is needed to bring down any plane, says Shakti Lumba, a retired pilot with over 35 years experience. 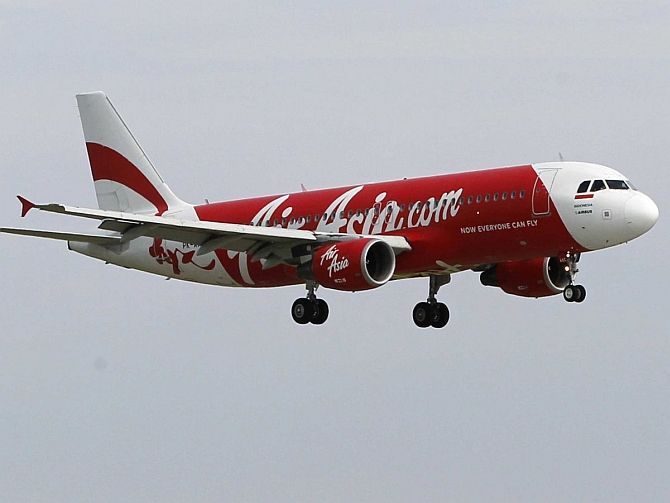 In the hysteria that follows an airplane accident, the first principles of aviation safety can easily get lost in jargon and technical detail.

This can lead to bewilderment and confusion not just among the general public but also within the industry itself.

Remember, the main purpose of any investigation after an accident to find the cause of the accident, and not to fix the blame.

However, everyone -- especially the media -- prefers to assign blame.

An airplane that is under the full control of a pilot should normally not crash.

So, understandably, post-crash public or media speculation always assumes "pilot error", whether due to an act of commission or of omission by the pilot(s), since they were in control but lost control.

Loss of control can be due to pilot action or inaction and human factors and limitations -- but also to deficiency in the aircraft's design, adverse weather, poor regulatory oversight. It can even be management-induced.

Indeed, accidents are seldom attributable to a single cause (unless due to an act of terrorism) but to an unfortunate combination of a number of the above issues, each of which individually may not be a cause but together do cause the accident.

Post-accident, a number of hypothesis are examined, weighed against evidence and discarded, until the most probable cause and contributing factor can be established. One has to guard against jumping to conclusions or flagging a pet theory.

The unfortunate accident of AirAsia's flight QZ8501 is now the hot topic of discussion. Here is one possible hypothesis.

The possible concerns in this case are the aircraft, severe weather (a thunderstorm), the pilots and the air traffic control or ATC.

There is no evidence of any issues with the ATC, the aircraft or the pilots that could have been causal -- but there is substantial evidence of adverse weather.

Thunderstorms, though hazardous, themselves rarely cause airplanes to go down; however, a "flank hazard" associated with such storms, that of strong horizontal and/or vertical wind shear can cause the loss of control.

Lightning by itself cannot down an airplane; but a strategic lightning strike has been known to degrade communication and avionics.

The Airbus A320 is one of the safest airliners ever built, on which I myself have more than 10,000 incident-free hours of experience.

One of its safety features is computer-based logic that will not permit any pilot to come near the dangerous high speed/low speed limits. In its normal flight envelope, thus, it cannot be "stalled".

However, the computer's inputs are air data probes outside the aircraft. If these malfunction, then the computer gets erroneous input -- and produces erroneous output.

This has happened recently; in fact, the European Aviation Safety Agency or EASA issued an alert directive on December 13, cautioning airlines and pilots of the possibility of such an occurrence. The EASA mandated a temporary fix, a change in the aircraft systems, management until a permanent solution was available.

Basically, the computer interprets the erroneous signal from the air data probes as indicating that the aircraft is near its low speed limit (or stalling) and so it pushes the aircraft's nose down (the corrective action for stalling) and rejects pilot input to raise the aircraft nose. This was a safety feature.

But now, a perfectly safe aircraft type with a deficiency is rendered vulnerable by the "fix" in that it loses protection that the pilot had taken for granted. Now the safety feature of the computer rejecting all pilot input can itself become the cause.

In isolation, true, this fault is unlikely to cause a crash.

However, aircraft abnormality, wind shear and lightning can easily be seen working together to cause a mishap due to the pilot's inability to recover from a jet upset or to override the aircraft computer safety feature.

This, along with severe wind shear downdraft and ever-present gravity, can push the aircraft further down till it descends rapidly into the sea. Lightning could have knocked out communication or degraded avionics, which might explain the lack of any distress communication.

This is one possible hypothesis of many little factors working together to cause an unfortunate accident. This hypothesis may be rejected after evaluation of the evidence but till then it is as valid as the more unlikely one doing the rounds.