'War on terrorism can't be fought in Afghan villages'

Shaida Abdali, the 33-year-old ambassador to India believes that Delhi and Kabul have to do much more to secure the region, says Jyoti Malhotra

A group of sardars are making merry so loudly that Abdali and I have to move to another quieter table in Bukhara at Delhi's Maurya Hotel.

I'm a little surprised at the ambassador's choice of restaurant for our lunch appointment and wonder if he hasn't had a surfeit of kebabs and naan in Kabul -- in any case, you can't beat the naan baked in the open 'tandoors' in the Afghan capital, so succulent and soft that you can eat them by themselves.

But he tells me that he's been here a couple of times before and the service is quick. For a second, I'm inclined to think that he's playing safe, but by the end of the meal I realise that culinary caution is hardly a metaphor for all the extraordinary experiences he has been through in his very young life, in Pakistan, Afghanistan and in India so far, says Jyoti Malhotra.

Afghanistan's newest ambassador to India is only 33 years old and he's almost embarrassed to admit it. He was only a year old when the Soviet Union invaded his country in 1979, and his family, then residents of Kandahar, moved to Quetta in Pakistan, like millions of other Afghans travelling south to escape the war that followed.

Hamid Karzai and his family were neighbours -- the Abdalis and the Popalzais, the tribe to which Karzai belongs, had known each other well in Kandahar -- and they cemented their friendship in an alien land. Abdali went to school and university in Quetta, by which time he had already become a 'politically-active' young man.

When the Americans cut down the Taliban towards the end of 2001 and freed the country, the 22-year-old knew it was time to return home.

For the past few years, just before he came to India, Abdali was Afghanistan's deputy national security adviser, a manifestation of his proximity to Karzai. The fact that the president sent him to Delhi is proof of the high esteem in which he holds the special relationship with India.

"This was the first country with which Afghanistan signed a strategic partnership agreement and it is now my job to fulfil all its aspects, political, economic and security-related," Abdali says.

He asks for sparkling water and the waiter brings a bottle of Perrier. He says he wants something simple for lunch, after his five-km run in the morning, perhaps we can order a variety of kebabs and some Indian bread? I know just the thing, exclaims the waiter, and pushes in front of us a wooden menu that has 'Presidential platter' inscribed on it.

You see, says the waiter, almost hysterical with glee, this is what President Clinton... he is thankfully cut short by another waiter, who almost drags him away. I can imagine him telling the first one, this is the Afghan ambassador, he doesn't really care who or what the Americans eat.

It's a lesson in the sycophancy of the Indian mind -- Bukhara is still so pleased by something some head of state ate a whole 12 years ago. Come to think of it, the restaurant seems frozen in time -- it still has the same heavy, clunky brown plates and the oh-so-cute napkins. Perhaps the food will compensate, I think.

We order the 'Presidential platter' anyway because the waiter tells us it serves a ready-made assortment of meat: sikandari raan, seekh kebab, murgh malai tikka, peshawari lamb, burra and black dal, plus a plain naan for Abdali and a pudina paratha for me. We are sharing the platter.

The food arrives quickly. The "sikandari raan" is to die for, the seekh kebabs are orange-y instead of brown (as if they've just been pulled out of the deep freeze) and the chicken tikka is so large -- half the size of my palm (and I have a big hand) -- that I have to tell the waiter to cut it into decent-sized bites for ordinary folks. By now I am getting increasingly irritated with the fact that the average food is distracting me from Abdali's amazing story.

"Why has Afghanistan always been such a prize?" he asks me, and answers the question himself. Throughout its history, Afghanistan has been coveted by foreigners for its strategic location, its minerals and climate.

The Russians and the British took this contest to ridiculous heights in the 19th century, treating Afghanistan as a prized buffer state in what came to be known as the 'great game'. In the 20th century when the Soviets came, history repeated itself as tragedy, and when they left, the civil war that unfolded in its wake would have been farcical if it didn't kill thousands of people.

The Taliban arrived in 1996 and the Americans in 2001; troops flying the flags of several western countries followed. Finally, in 2014, all the foreign forces will be leaving, save a residual presence.

"The Afghan National Army already consists of 194,000 men and the Afghan police of 154,000, and these forces have already taken charge of about 75 per cent of the country. Unlike what you read in the media, the withdrawal of the international security forces is a success for Afghanistan, as we will soon take full responsibility for our own country," says Abdali.

He points out that 2014 will be different from 1989 -- when the Soviets left and the rest of the world forgot about Afghanistan -- because the international community has learnt its lessons. This time around, in the conferences on Afghanistan in Chicago, Delhi and Tokyo, the world has pledged continuing economic as well as security assistance, precisely because they want to keep a protective eye on the country.

I persist with asking him if he fears that his beloved country will once again, after 2014, descend into a bloody chaos, like it did after 1989.

"The problem is that the war against terrorism cannot be fought in Afghanistan's villages. You have to fight it in sanctuaries across the border...Pakistan cannot deny the fact that Osama bin Laden had been living in their country for six years. And when they say peace cannot come to Afghanistan without their cooperation, what does that mean?" asks Abdali.

I question him about the so-called concept of "strategic depth" -- which is to use Afghan territory as a fallback option in a possible future conflict with India. "It will be a grave miscalculation," says Abdali, "If anyone wants to use Afghanistan as a tool. You can never use Afghanistan against India," he adds gravely.

This is too serious a matter to be construed as flattery. Abdali praises Delhi's astute strategy from end-2001  soon after Afghanistan was freed of the Taliban -- of pursuing an economic focus and helping rebuild the nation. But with the signing of the 'strategic partnership' document last year, in which Delhi accepts it will also provide security assistance, including equipping the Afghan army and police, Abdali says both countries should now enhance their cooperation in this area as well.

"We already share so, so much, but if despite all our best efforts, the terrorists take over after 2014, remember that we will suffer the maximum, but after us, it will be you. If the vacuum of power after 2014 is filled by the Taliban, well, you know where they will have come from. That is why India and Afghanistan have to do much more together in pursuit of stability in the region. Remember, we don't have much time, less than two years," Abdali adds.

There's China lurking in the background, between the 'Presidential platter' that got cold rather quickly (the waiters sense my disappointment and quickly reheat the food) and dessert (kulfi and gulab jamun that tastes of baby milk powder), but Abdali has already anticipated my concern.

"We are happy China is on board. Not only economically, with their interests in the Aynak copper mine and in gold and oil reserves in the north. China, also affected by terrorism across the border in Xinjiang, knows where this comes from. They see that it is in their interest to cooperate with the region on containing both terrorism and drug-trafficking. They know that it's a question of survival for all of us," he says.

He is encouraging of the Americans, despite their early distaste for Karzai, and complimentary of the first trilateral meeting between India, the US and Afghan officials that has just taken place in the US.

"We must all work together in intention and practice, whether it is the US-inspired New Silk Road initiative that seeks to reconnect Afghanistan to the Indian market or the Afghanistan-Pakistan trade agreement that should be extended to India as well as to Central Asia. The truth is that India is a model for Afghanistan. You have educated thousands of Afghan students, healed thousands of war-injured Afghans and now your companies are going to invest in the $11-billion Hajigak iron ore mine," he adds.

A graduate of the National Defense University in Washington DC, Abdali smiles: "The President has warned me that I cannot return home unless I have visited the Jawaharlal Nehru University in Delhi and seen for myself the atmosphere of debate that exists there... this give and take, it is a microcosm of India."
Jyoti Malhotra in New Delhi
Related News: Shaida Abdali, Afghanistan, India, Hamid Karzai, Delhi
SHARE THIS STORY
Print this article 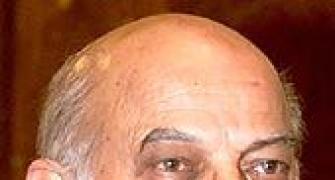 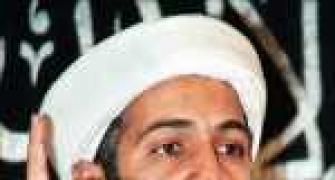 Obama wanted to try Osama in court if captured: Book 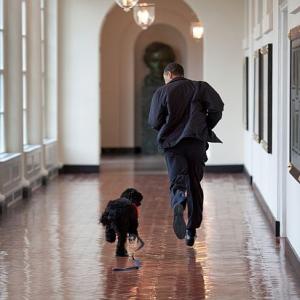