How the Indian Flag has evolved over the years. 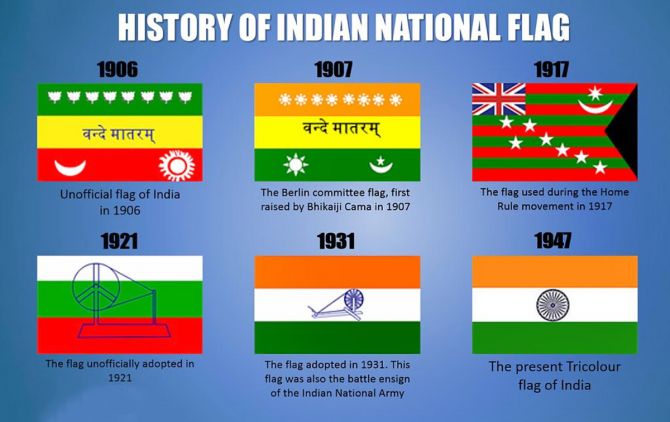 Actor Satish Shah set off a Twitter storm (external link) on Tuesday after he posted a picture with the National Flag.

Posing with the flag, Shah tweeted, 'The very same Tiranga Dhwaj my mother had got during Quit India Movement 1942.'

Following this, Twitterati pointed out that 'the National Flag of India was adopted in its present form during the meeting of the Constituent Assembly held on July 22, 1947, a few days before India's Independence from the British on August 15, 1947.

Some also supported Shah stating that though the flag was approved in the Constituent Assembly in 1947 it did not mean it was designed on the same day.

Syed Firdaus Ashraf/Rediff.com recounts the history of the Indian Flag and how it has evolved over the years. 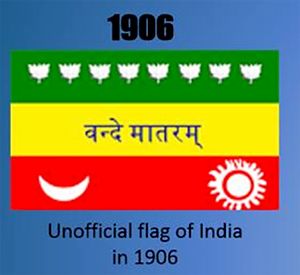 The first national flag to have been hoisted in India was on August 7, 1906, in the Parsee Bagan Square (Green Park) in Calcutta (now Kolkata).

The flag was composed of three horizontal stripes of red, yellow and green.

In the middle of the flag was the Devnagri inscription, Vande Mataram.

The second Indian flag was unfurled by Madam Bhikaiji Cama at the International Socialist Conference in Stuttgart, Germany, on August 22, 1907.

With this act Madam Cama, as she was known, became the first person to hoist the Indian flag in foreign soil. 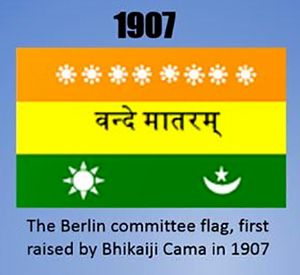 Madam Cama appealed for equality and autonomy from the British which had taken over the Indian subcontinent.

But Madam Cama's involvement in the socio-political movement of the times led to differences between the couple after which she left India for London.

In London she met Dadabhai Naoroji and plunged herself into the national movement.

She soon started to publish booklets for the Indian community in England propagating the cause of Swaraj (external link), and raised the slogan 'March forward! We are for India. India is for Indians.'

The third flag was hoisted by Dr Annie Besant and Lokmanya Bal Gangadhar Tilak during the Home Rule Movement in 1917. 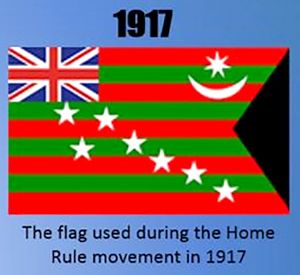 This flag had red and green stripes and on the top a Union Jack was inserted.

There were 7 stars in the flag, with a moon and star at the top right corner.

However, this flag was rejected by many as they felt there was no need to have the Union Jack in it.

The fourth flag was white, green and red in colour with the charkha displayed in the middle. 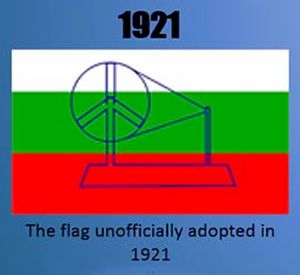 This flag, however, was not officially adopted by the Congress party and it remained an unofficial flag.

The idea of the Tricolour was born in the mind of Congressman Pingali Venkayya of Masulipatnam.

According to historian Ramchandra Guha (external link), 'Mahatma Gandhi liked the idea but he saw nothing in the design to stir the nation to its depths.'

Later, Lala Hansraj suggested that the flag should have as its centre-piece the charkha or spinning wheel.

This attracted Gandhi who asked Venkayya to incorporate this feature in his design.

According to Guha, 'Mahatma Gandhi felt the red represents the Hindus, green to represent the Muslims, and white to represent peace as well as all other faiths of India.' 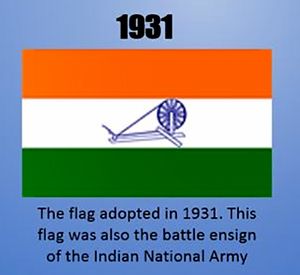 Thus by 1931, the fifth iteration of the flag was accepted by the Indian National Congress.

In this, the red colour was replaced by saffron which was put on top.

The green was placed at the bottom of the flag and white was placed in the middle.

The spinning wheel was retained, but kept only in white colour to get the right kind of effect for the flag's design.

This flag was used by Subhas Chandra Bose's Indian National Army in their fight against British rule. 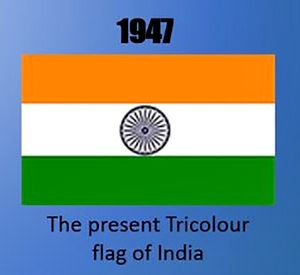 And finally, on July 22, 1947, the current Indian flag officially came into being.

This time the spinning wheel was replaced by the Asoka Chakra, to ensure that the flag of independent India was not identified with the Congress party flag alone.

Apparently, Mahatma Gandhi was not happy initially when he heard this news.

'Should not the flag under which the Congress has fought so many non-violent battles now be the flag of the Government of free India?' wondered the father of the nation.

Later, Mahatma Gandhi gave in to the recommendations of the Flag Committee.

Ram Guha writes on what Mahatma Gandhi said then: 'Looking at the wheel some may recall that Prince of Peace, King Asoka, ruler of an empire, who renounced power. He represents all faiths; he was an embodiment of compassion. Seeing the charka in his chakra adds to the glory of the Chakra. Asoka's chakra represents the eternally revolving Diving Law of Ahimsa.'

Recently, there was a controversy over who designed the current national flag after a viral WhatsApp forward claimed that it was Suraiya Badruddin Tyabji who had designed our national flag and not Pingali Venkayya.

India Today did a fact check (external link) and after going through the parliamentary archives confirmed that Suraiya Tyabji was indeed present in the list of members of the Flag Presentation Committee who presented the Indian national flag on August 14, 1947.

But the archives did not prove that she had designed the National Flag.

That honour remains with Pingali Venkayya.