'He was nominated for the Nobel Prize 9 times and several scientists wrote to the academy pointing out the injustice.'
Ambassador T P Sreenivasan remembers E C G Sudarshan, the legendary physicist who passed into the ages on Monday, May 14. 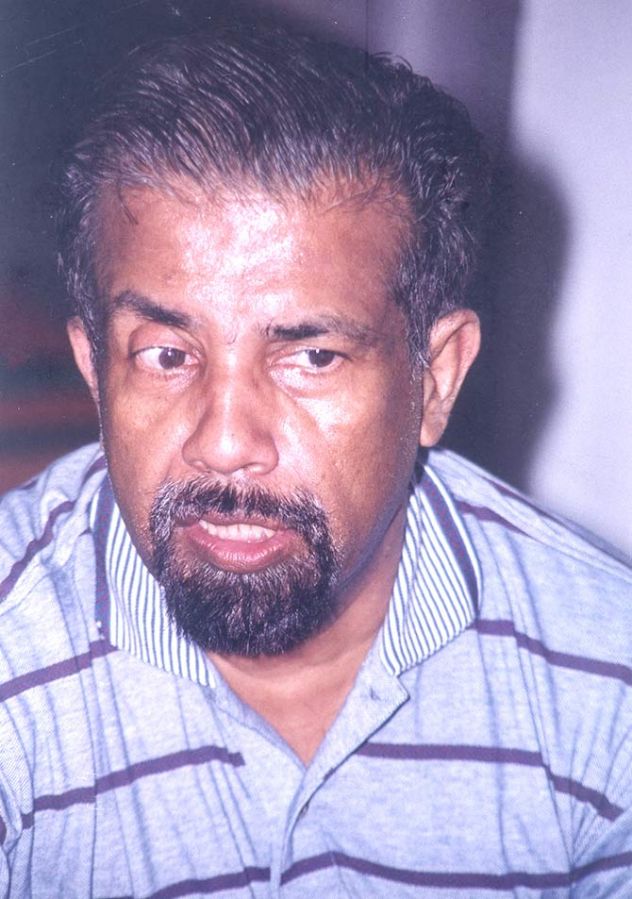 IMAGE: Professor E C G Sudarshan, the legendary physicist.
'He had once asked whether it was fair, when a prize is given for a building, to honour those who built the higher floors, ignoring the one who built the ground floor.'

The Swedish Academy has not covered itself with glory this year when it was forced to postpone the Nobel Prize for Literature on account of charges of sex, lies and leaks against Claude Arnault, husband of Katarina Frostenson, an Academy member since 1992.

But the Nobel Prize, the most coveted international award, has not been above board even before. Prizes did not always go the the most deserving and some unworthy of the honour walked away with it.

Dr E C George Sudarshan, who just passed away, had been waiting for Nobel justice for long, since many scientists, who worked on his findings as a student were awarded the Nobel Prize.

He had once asked whether it was fair, when a prize is given for a building, to honour those who built the higher floors, ignoring the one who built the ground floor.

The unkindest cut was that he was not conferred the Nobel Prize for his work on quantum optics by the Nobel committee while presenting it to Roy J Glauber for the 'Sudarshan-Glauber representation' in 2005.

Dr Sudarshan said it was like the bubbles in a stream that rise up while the pebbles that carry mass go down. However, he maintained that he was willing to accept justice even if delayed.

He was nominated for the Prize 9 times and several scientists wrote to the academy pointing out the injustice.

Sadly, justice did not reach him before his demise.

He is now in the company of other Indians, who richly deserved the Nobel, but never made it, like Mahatma Gandhi and Jagdish Bhagwati.

Bhagwati, fortunately, is still alive and may get delayed justice. The Nobel Prize is not generally given posthumously, though there have been some exceptions. 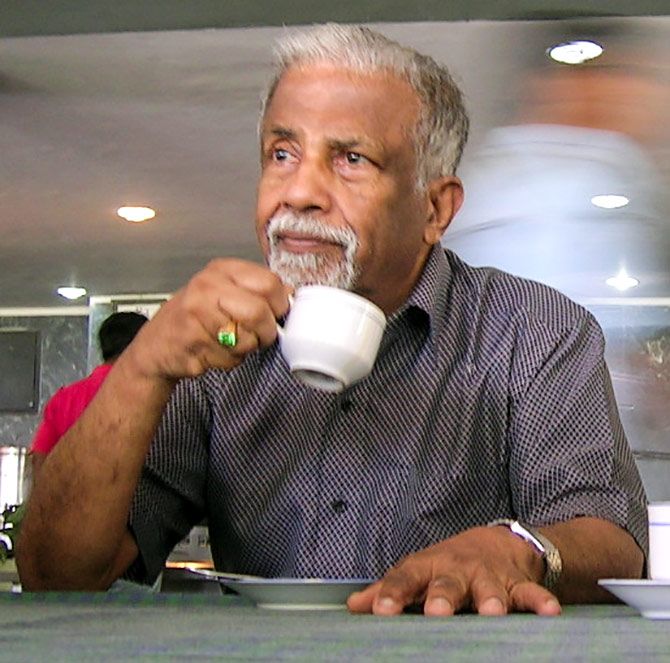 Dr Sudarshan's claim to fame was on account of challenging Albert Einstein's theory that nothing can move faster than light.

Being the first to propose the hypothetical particle 'tachyons' that are faster than light, Dr Sudarshan said it was an inference against Albert Einstein's prediction that nothing can travel faster than light.

'Though there was excitement a year ago with these experiments, no particle identified could travel faster than light, but that does not mean that it does not exist,' he said.

This was only one of the many game changing discoveries he made in his 50 years of physics teaching and research.

From formulating fundamental ideas in particle physics to understanding the quantum nature of light, Dr Sudarshan's contributions to physics reads like a fascinating chapter from the book of breakthroughs in science of the past century. He invariably gave credit to his students for assisting him throughout.

For Dr Sudarshan, physics was not just pure science, it was a pursuit of truth just like the search for the universal truth by the philosophers and science.

Though born a Christian, he turned to Hindu philosophy and thought after he married a Hindu. On spirituality, Sudarshan said, 'True scientists have deeper spiritual connection, while some scientists as administrators essentially continue to make noises about it. I miss philosopher J Krishnamurthi. He was facile and clear in his thinking.'

Dr Sudarshan maintained that Vedanta revealed several truths that science could not explain. He found the approach of the Upanishads in seeking the truth more refreshing than scientific experiments.

Dr Sudarshan taught at some of the best institutions in India before he moved to the United States.

Asked what physics meant to him, he said, 'Everything. I mean, I don't know anything else. All I know is how to do physics. I am good at it. I took to physics like a duckling to water. I don't even think of what I do as research or work anymore. I like the excitement of looking at the world through the prism of science. That's all there is to it and I know that I can continue doing it forever.'

By the time I went to the United States in 1980, Dr Sudarshan was already a celebrity and a familiar name not only in the scientific community, but also in Indian social circles.

I had many opportunities to meet him in official and social settings. He found time to attend Kerala functions as he had his heart in Kerala.

In our conversations over the next ten years, I found him frustrated that the education system in India did not encourage research.

He was quiet and soft spoken, but he was warm and friendly. He was the global chairperson of the World Malayalee Council after Dr Babu Paul.

My wife Lekha takes pride in the fact that it was from Dr Sudarshan that she took over as the global chairperson in 2002 at Dinden, Germany.

Despite his love for Kerala, he had decided that he would not move to Kerala after retirement. He explained: "People around here now treat me as a guest. They smile at me. But if I move back permanently, I fear they might perceive me as a pest. I will be asking a lot of questions. I will be behind everyone grilling them with questions on their research. Not a pleasing proposition for everyone. I am happy being a guest."

I am sure that he will be remembered in India, particularly Kerala, as one of the most outstanding scientists India has ever produced.