'The cultural stuff can't cancel out what is happening politically'

'Our grandparents' generation knew one another.'
'In our generation, you could go a lifetime without meeting someone from the other country,' British Pakistani novelist Kamila Shamsie tells Rahul Jacob. 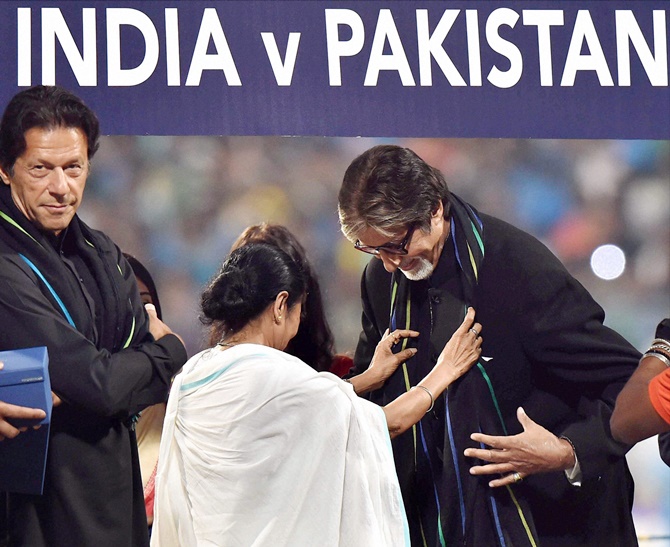 Every few months, it seems, a senseless terrorist attack in the UK or France hits the front pages. The headlines are followed by attempts to understand how the perpetrators, often young Muslim men, become radicalised in the West.

Islam is often indicted as the culprit, but the absence of a similar frequency of terrorist incidents in countries such as India or Indonesia with much larger Muslim populations makes such theorising seem superficial.

The British Pakistani novelist Kamila Shamsie in her latest novel, Home Fire, holds up an illuminating mirror to this complicated world.

Within minutes of arriving at the lounge of the nouvelle Chinoserie chic hotel Shamsie is staying at in Hong Kong, I am completely absorbed by her account of an alternate universe the Islamic State creates to recruit young men in the West.

Shamsie tells me that until she started researching Home Fire, a page-turner longlisted for the 2017 Booker Prize, she had repeatedly read that 'for men (joining the ISIS) violence was the lure.'

A deeply researched report on the BBC and work by the writer Gillian Slovo, both based on multiple interviews, made Shamsie realise the recruitment techniques were much more sophisticated.

"What you saw was that IS was trying to build a State. They wanted doctors and media units. There was this emphasis on a sense of belonging," she says. "And there is the stuff they don't have to make up. MI6 (the British secret service) was at Guantanamo (the notorious US detention and torture centre for those suspected of terrorist links)."

The UK was part of the coalition that invaded Iraq, she notes: "There are things the British State has done... that makes it easier to convince young men that they owe no loyalty to it."

Parvaiz, the most complex character in Home Fire, which is set in the Karachi-born Shamsie's adopted hometown of London, is not your archetypal terrorist at all.

"He is a beta male very drawn to alpha males," says Shamsie. It is a perfect description of someone who stumbles onto the path of radicalisation when an IS recruiter meets Parvaiz, seemingly by chance, while he is working at a vegetable store in Wembley.

The ISIS recruiter helps him extract a splinter in his hand from lifting a wooden crate.

In Home Fire, every knight comes riding on, to paraphrase a line from an earlier novel of Shamsie's, a Trojan horse.

Farook, the ISIS recruiter, guesses that Parvaiz craves stories of his dead father, who abandoned him, his twin sister, his eldest sister and their mother to fight in places such as Bosnia and Syria.

Parvaiz, emasculated by a dead-end job and the contrast of his prospects with his twin who is studying law and his elder sister who is in the US for a post-graduate degree, is soon on a plane that takes him to ISIS' stronghold in Syria.

Suitably for a 21st century novel, text messages between the twins provide the backdrop for one of the climatic moments in the novel as Aneeka, his law student twin, tries to guide her brother back to the sanctuary of the British embassy in Turkey.

By odd coincidence, Shamsie and I had spent the first few minutes puzzling over how to make calls from the local mobile phone handed out by the hotel to all guests for the duration of their stay.

Shamsie was just off a plane from London that was late. She had e-mailed from the airport, declining my invitation to try a new Ernest Hemingway-themed, gin cocktails-heavy bar nearby so that we had more time to talk.

The hotel lounge offers free wine, tea and coffee. Shamsie heads for the coffee. I sip a glass of Sauvignon Blanc and we snack on some addictive chilli rice crackers.

I can't help admiring that Farook so closely resembled Abdelbaki Essati, the hipster imam who dressed stylishly and masterminded the Barcelona attack in August with similar appeals to young men couched in the make-believe of belonging and restoring honour even though her novel had been completed a year earlier.

Shamsie is as a matter-of-fact in sometimes taking apart a compliment as she is at dismissing a point of view. She replies that the Western media are overly drawn to characters such as Essati.

When I remark that the Uzbeki green card holder who drove his truck into cyclists and pedestrians in lower Manhattan in October 2017 will have made it harder for others seeking work visas, she responds by making two subtle points.

The first is that "ISIS was very explicit that they wanted to create Islamophobia in the West."

The second is that the response -- ranging from stereotyping at airports in the US that has led to even celebrities such as Shah Rukh Khan being interrogated at length to the absurd ban on Muslim women covering up on beaches in France -- is not only disproportionate but counterproductive.

"It's horrifying to me that this trade-off between civil liberties and security reminds me of growing up in Zia-ul Haq's Pakistan." 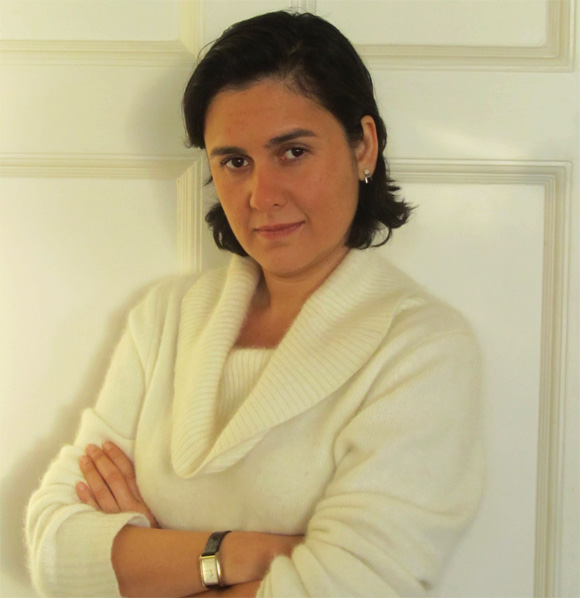 Shamsie takes aim instead at half the world's population.

"If you look at all the violence around the world, it's men doing it. That's the conversation to have. No one is having it."

I agree, but still squirm.

Shamsie moves on to the wealthy white American gunman who killed hundreds at the Las Vegas concert last October.

The lack of an appropriate response from the Trump administration in word and deed on gun control in the US contrasts with its erratic efforts to refuse visas to citizens of an odd list of Islamic countries.

This underlines Shamsie's argument that the media and the authorities chose not to focus on the gunman's religion or ethnicity as they would have done if he were Muslim.

The following day at her talk at the Hong Kong literary festival, when an Englishman expresses sympathy for people inclined to be nervous in the London Underground when a British Asian teenager puts down his backpack because they worry he might have a bomb, she replies caustically that on her travels to the US she does not expect every white male to open fire.

As so often when Indians and Pakistanis meet overseas, the conversation turns to whether the two countries will ever be able to get along.

"Half my family is in India. They are in Delhi, Rampur and Lucknow," declares Shamsie, who set part of her novel Burnt Shadows in Delhi.

She then rebuts my silly suggestion that we can at least take heart from the fact that Pakistani actors and singers are popular in India while Pakistanis adore Bollywood.

She points out that many kamikaze pilots for Japan had pictures of a popular American actress in their cockpits during World War II.

"The cultural stuff does matter, but it can't cancel out what is happening politically," she says, after telling me about being in the stadium in Karachi in 2003 when loud cheers erupted as the Indian cricket team came in during that memorable Test series.

Before signing a copy of Home Fire I am gifting to a close Pakistani friend in Hong Kong, Shamsie worries that without sporting contacts or opportunities to travel across the border, India and Pakistan are drifting further apart in the widest sense: "At least our grandparents' generation knew one another. In our generation, you could go a lifetime without meeting someone from the other country." 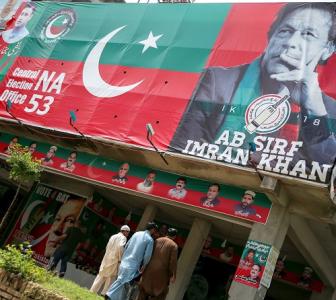 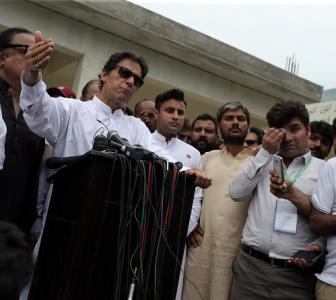 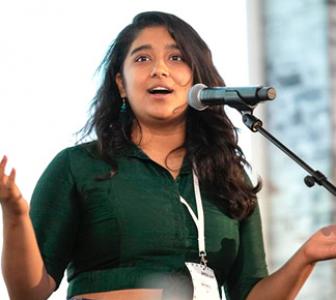 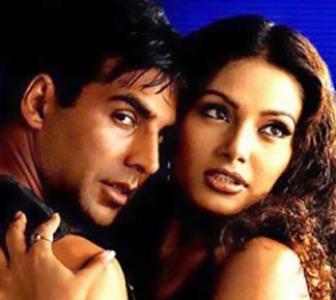 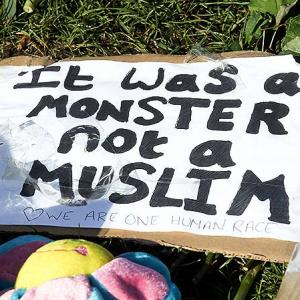