News
Business
Movies
Sports
Cricket
Get Ahead
Money Tips
Shopping
Sign in  |  Create a Rediffmail account
Rediff.com  » News » 'Chandan should have remained in the BJP'

'Chandan should have remained in the BJP'

'Chandan felt he had no place in the BJP and he was wrong.' 'I lost my closest friend -- editor Pioneer and former MP -- Chandan Mitra this morning. We were together as students of La Martiniere & went on to St Stephen's & Oxford. We joined journalism at the same time & shared the excitement of Ayodhya & the saffron wave,' tweeted Bharatiya Janata Party MP Swapan Dasgupta on Thursday morning, soon after news broke that Chandan Mitra, the veteran journalist-editor and a former BJP MP had passed away.

Chandan Mitra earned his journalistic spurs reporting on the Hindi heartland whose politics he was considered an expert on. He belonged to the rare breed of right-oriented journalists making their mark at a time when newspapers all over were considered the bulwark of leftist ideology.

Given his orientation it was but natural that Mitra would join the Bharatiya Janata Party. But what he didn't calculate on was the eclipse of the leadership he was close to, and the rise of a new team at the top. In 2018, he crossed over to the Trinamool Congress.

In journalism, too, after working for The Statesman, The Times of India, Hindustan Times and the Sunday Observer, he finally ended up at The Pioneer, a newspaper that had seen its glory days. When the proprietors decided it was time to shutter the publication, Mitra bought them out and continued the operation.

I have known Chandan Mitra since 1966. We were in school together, and we were in college together.

We had a sort of parallel professional career. It is not really Chandan Mitra the journalist that I know of, but Chandan who I knew of before he became a journalist and after he became a newspaper proprietor.

Chandan was arguably one of the most talented pupils in our generation.

He had a brilliant academic career in every respect.

He was always passionate about whatever he did, whether it was his politics or his journalism.

He was a thorough professional when it came to being a journalist. He was himself a very talented writer.

He always had the sense of what readers wanted.

He had a mixed record as far as his political interventions or political career was concerned.

He was involved in politics, but I don't think the certain thrust of politics suited him that much although he liked to believe that he was suited for it.

He was a creative entrepreneur which took the Pioneer out of difficult situations.

He established as a small newspaper in Delhi and branched out in other parts of the country.

He had the resources then and he lacked those resources when he became editor of the Pioneer.

He tried to give a certain direction, a definite character, which was the only thing possible for a small newspaper.

Apart from that Chandan had a certain passion for politics.

He had an equally deep passion for Hindi films.

It may interest some people to know that those of us living in Calcutta in 1960s never learnt Hindi language in any meaningful way.

Chandan learnt Hindi and became a fluent speaker of the language through Hindi films. His passion for Hindi films was so deep that he imbibed that (Hindi) language.

In subsequent years, he became a passionate dog lover. He spent a lot of time at a small centre that he built for himself in Uttarakhand.

Chandan had a very wild variety of friends. Everyone who was with him in school, college and who encountered him in professional life always had some stories to tell about him, on how he combined utmost seriousness with an intense degree of talent.

He loved his parties. He loved socialising with all the colleagues who were there and never made any distinction between juniors and seniors.

And that is what made him extremely popular with even those who did not like his political orientation but personally were always very fond of him. IMAGE: Swapan Dasgupta tweeted this photograph of himself and Chandan Mitra, right, on a school trip in 1971 while at La Martiniere, Kolkata.
Photograph: Kind courtesy Swapan Dasgupta/Twitter

As far as young journalists are concerned, he liked to give everyone a chance as much as possible. And if someone had talent, he always took care to nurture it.

He was scrupulously fair with everyone within his means.

When he had resources to do so while working in bigger newspapers, he was extremely generous.

Obviously, he had greater constraints when he was working in Pioneer, but all the same many of the journalists who branched out in different spheres subsequently owe their first break and more than that, a certain period of apprenticeship with Chandan.

Chandan's death is a big loss for journalism. It is a big loss for me as a friend but more than that, professionally journalists will remember him as someone who made a mark and tried to encourage people and cared a lot about our institutions.

In 1990s, during the Ayodhya movement, the dominant environment for journalists/newsrooms was what was called as the liberal left ecosystem.

For us to take a view which was contrary to conventional things of the time was not an easy thing.

We survived it, but it required a certain doggedness and resilience.

We faced a lot of difficulties along the way (then).

Chandan was not conservative by inclination (like me). Chandan's roots were more instinctive.

He saw things on the ground and he responded.

Mine was ideological and his was more based on happenings on the ground.

He was more grassroot in that sense.

Chandan was an expert on the Hindi heartland.

He did a thesis on the 1942 movement in Ballia district of Uttar Pradesh. And since then, he developed a certain knowledge academically and insight on how the Hindi heartland functions.

He tried to keep it throughout.

Be it caste politics or the Ayodhya movement or other social movements.

He loved travelling there. He used to go to different parts of Uttar Pradesh, like Ballia, Pratapgarh and Gorakhpur, and stay in remote places.

During election time we spent a lot of time together. He just had a feel for the politics of the Hindi heartland. He made a lot of friends there.

There was a certain novelty of a Bengali journalist writing in English on the Hindi heartland.

I don't know very much about why he did not fit into the new Bharatiya Janata Party.

I think he made some fundamental political miscalculations. I think he became more impulsive and impatient.

He felt he was out of tune. It was a feeling more than a reality. I don't know too much about that.

A lot of us tried to persuade him not to quit the BJP.

I think to some extent there was some unhappy experience when he was observer (for the BJP in Odisha) in 2009.

When the alliance with Biju Janata Dal fell apart, a lot of people blamed him for it. 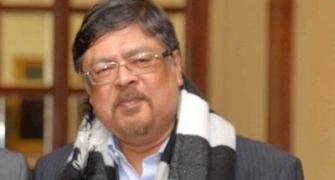 Chandan Mitra had the courage to swim against the tide 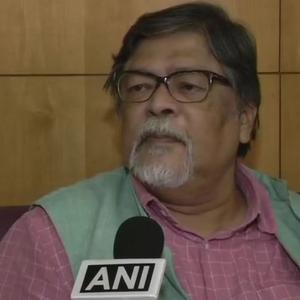