The new device, building by a team of Indian Institute of Science, Bengaluru, will keep the heart in good condition for about eight hours.

The next time you board a domestic flight and see a picnic cooler -- the kind that is used to keep beers chilled -- strapped to a seat next to an anxious man, don’t be surprised.

It is precious cargo and it’s probably on its way to save a life.

However, right now the process is complex and unwieldy: the heart is kept in a 25-kg box packed with ice and it has to be reached to the donee within four hours after it is removed from the donor’s body.

If the aircraft is small, the box doesn’t even fit into the overhead baggage compartment, requiring it to have its own ticket on flights.

Hence, all stakeholders -- doctors, hospitals, patients and their families -- feel that for the organ transport process to work better, it needs to get simpler and less cumbersome.

A team of researchers, led by B Gurumoorthy, professor, department of mechanical engineering at the Indian Institute of Science, Bengaluru, is trying to do just that.

They are building a device, unofficially named “Life Box”, which will significantly reduce the size and weight of the case in which live organs are carried.

What’s more, it will double the time available for transport -- the new device will keep the heart in good condition for about eight hours.

Under Gurumoorthy’s guidance, for the first time in the world, a box is being developed that can transport organs using unmanned aerial vehicles.

“If drones are able to carry the organs, the transport time can be significantly reduced,” says Gurumoorthy.

Gurumoorthy, who also heads the Society for Innovation and Development at IISc and teaches product design and prototyping, has been working on developing a prototype with the help of two of his students -- Deval Karia and Rohit Nambiar -- and Ashitava Ghosal, a professor in the same department.

Kota Harinarayana, the first programme director for India’s Light Combat Aircraft, who is currently building drones at his start-ups incubated at the premier academic institution, is the one who invited Gurumoorthy to helm the project.

The biggest innovation has been the mechanism to maintain a steady temperature of 4-8 degrees Celsius, which is vital if the heart is to survive for eight hours outside the body.

The team has already applied for a patent on this.

The IISc researchers are using dry ice as a refrigerant, and have devised a novel control system to maintain the optimum temperature (4-8 degrees Celsius) required to keep the heart healthy and fit for transplant.

The Life Box further extends the life of the heart by pumping a non-oxygenated cardioplegic solution through it.

The system is open-loop -- meaning that once pumped through the heart the fluid is held in a waste reservoir rather than being recirculated.

With the box relaying back the Ph data of the heart, the cardiologist on the ground can determine the period between which the heart can be remotely perfused with the fluid.

Significantly, the cost of the Life Box and the consumables required to transport the heart will be much less compared to those currently in use in the United States or Europe.

Mobile organ transport solutions in the West can cost as much as $500,000.

Even if Indian hospitals could afford to buy these devices, very few patients would be able to afford the service.

“We now have a design where we can maintain the right temperature for about eight hours. The total weight of the device is a little over 4.5 kg. However, since the drone can only take a weight of slightly under 4.5 kg, we need to work on that,” Gurumoorthy says.

Apart from engineers and researchers, Gurumoorthy’s team is also working with cardiologists and aeronautics engineers.

The team held a symposium earlier this year which was attended by over 100 specialists in organ transplant, including those from the US, Canada and Europe.

At the symposium, Gurumoorthy met K R Balakrishnan, director of cardiac sciences at Fortis Malar Hospital in Chennai and a leading heart transplant surgeon in India.

Balakrishnan feels that a drone-assisted transport device would be invaluable given that the number of heart transplants in India is likely to grow from around 200 a year now to 2,000 in the next five years.

“A heart weighs just 250 grams. So why should a box to keep it cool weigh 25kg? Can we use technology to make it lighter while ensuring that the heart lasts longer? The holy grail should be to make an organ last forever, the way we have done with sperm,” says Balakrishnan.

The next step for Gurumoorthy and his team is to conduct clinical trials using animal hearts, followed by damaged human hearts. (They want to prove the device can arrest further damage.)

This will be followed by final tests using a live human heart.

However, the problem of funding remains.

Gurumoorthy says the team needs about Rs 10 million to build a few working prototypes which can be used to carry out the clinical trials.

The trials are a challenge too as India has no rules for testing medical devices on animals and humans.

Hence, companies and start-ups often get their devices certified in Australia or Europe as these countries have clear regulations on the cost of holding clinical trials.

Gurumoorthy says that if all goes well, the device will be up and running in two years.

And once it is perfected, a viable monetisation model may be just a short step away. 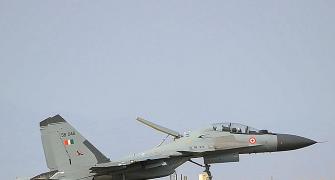 Docs retrieve heart and implant it in 100 minutes What you must know about a kidney transplant