A 1,000 kg handwoven khadi tricolour, the largest in the country, was unfurled atop a high mountain overlooking the Leh valley on Saturday to commemorate Gandhi Jayanti and the 75th anniversary of India's Independence. 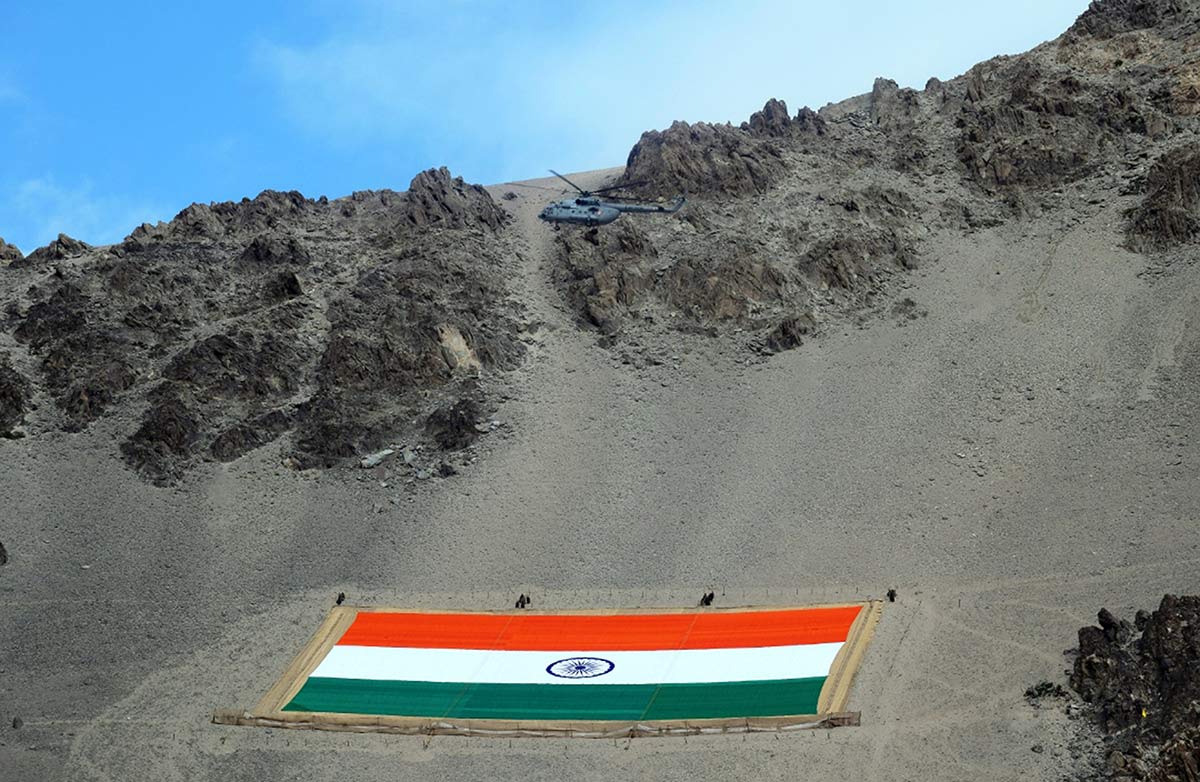 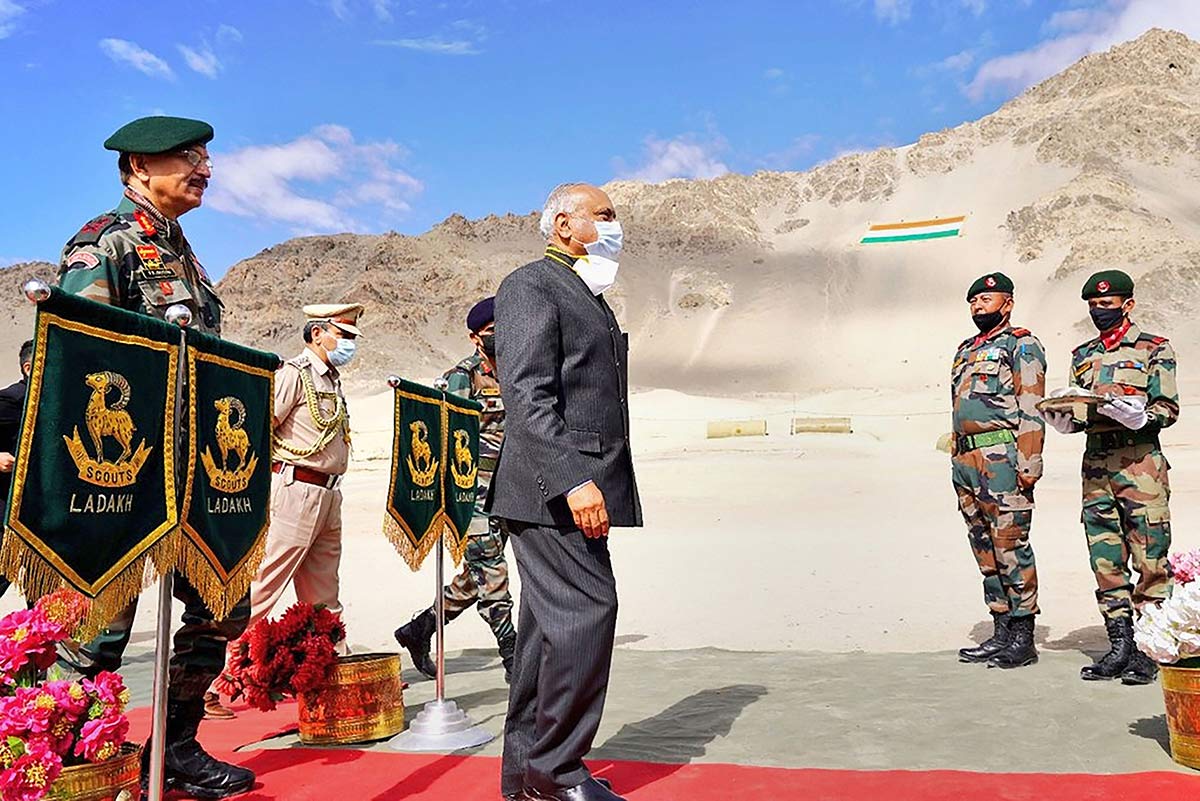 The grand ceremony was held to celebrate the 152nd birth anniversary of Mahatma Gandhi along with 'Azadi ka Amrit Mahotsav', commemorating the 75th anniversary of India's Independence, the defence spokesman said. 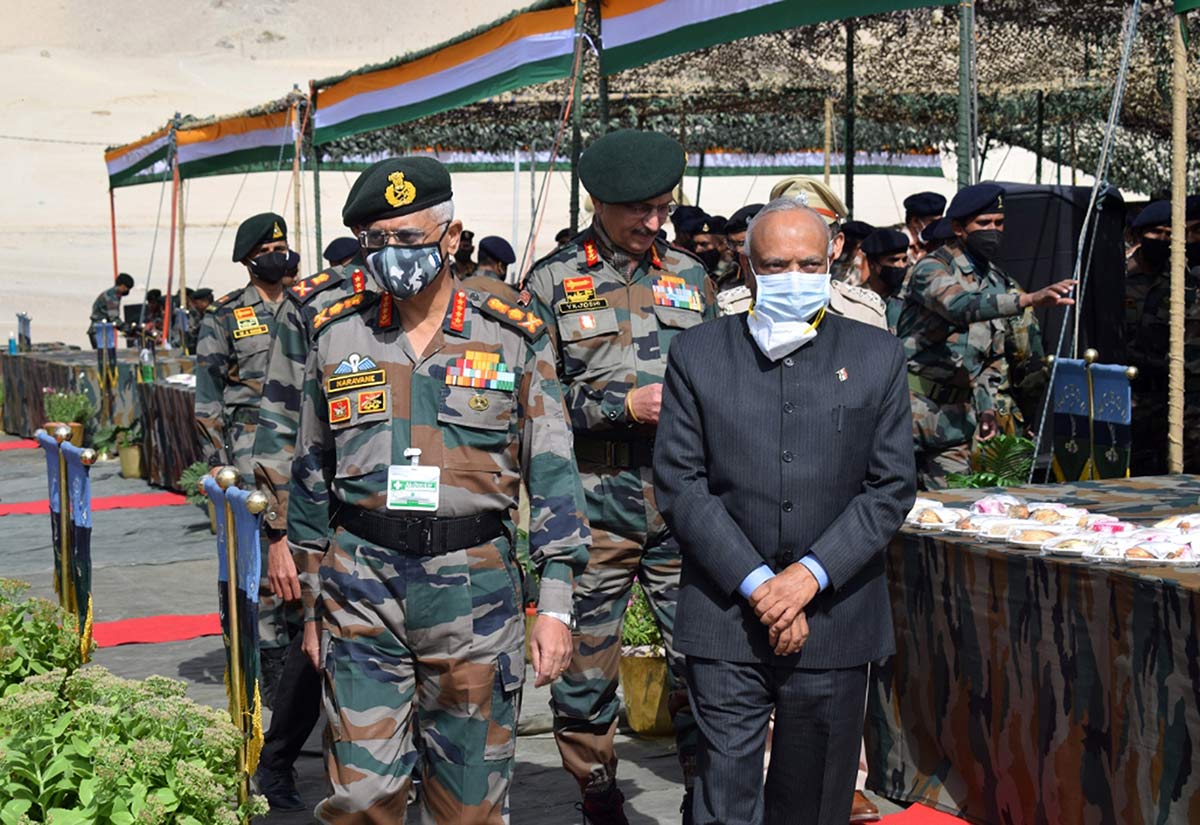 He said the flag which was unfurled is the largest handwoven and handspun cotton Khadi flag ever manufactured in India and it measures 225 feet by 150 feet and weighs 1000 kg.

The flag is made by Khadi Dyers and Printers based in Mumbai which is affiliated to the Khadi Village and Industries Commission. 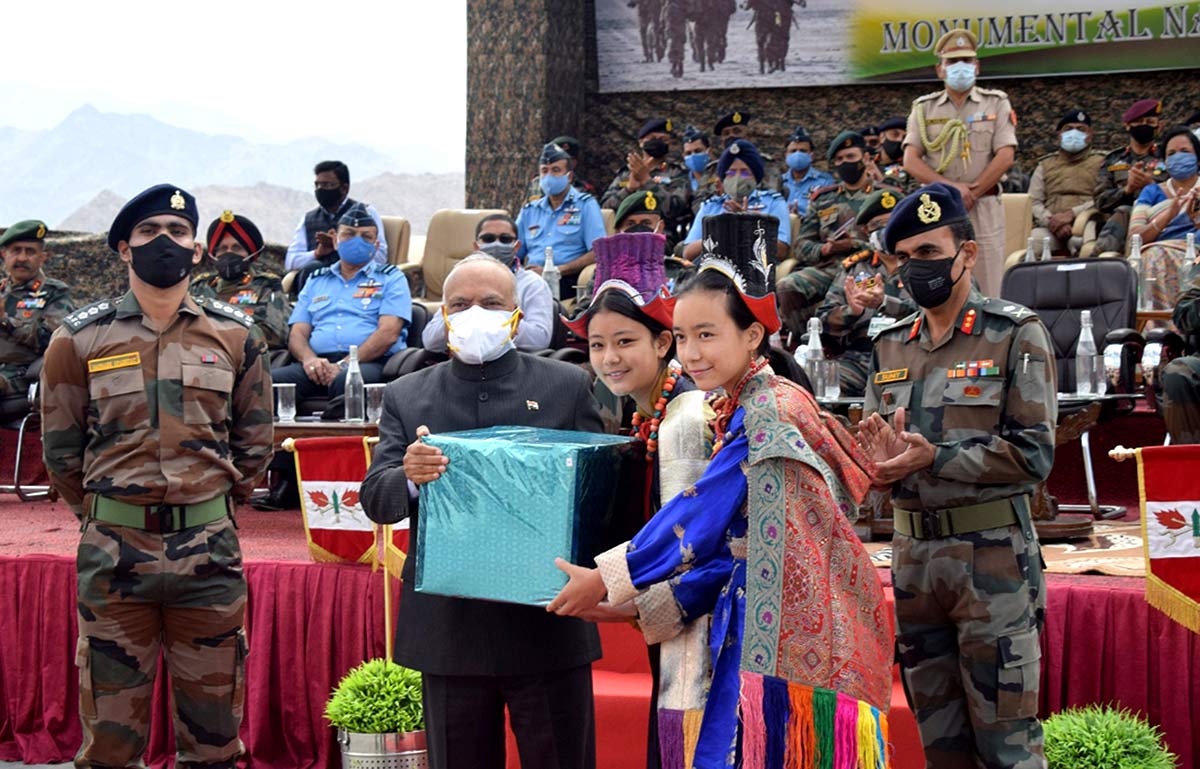 The Sura-Soi Engineer Regiment was entrusted with the responsibility of bringing the national flag from Mumbai to Leh and also with the task of installing it at the top of the high mountains for the unveiling ceremony. The ceremony included a series of events to mark the momentous occasion, Col Musavi said. 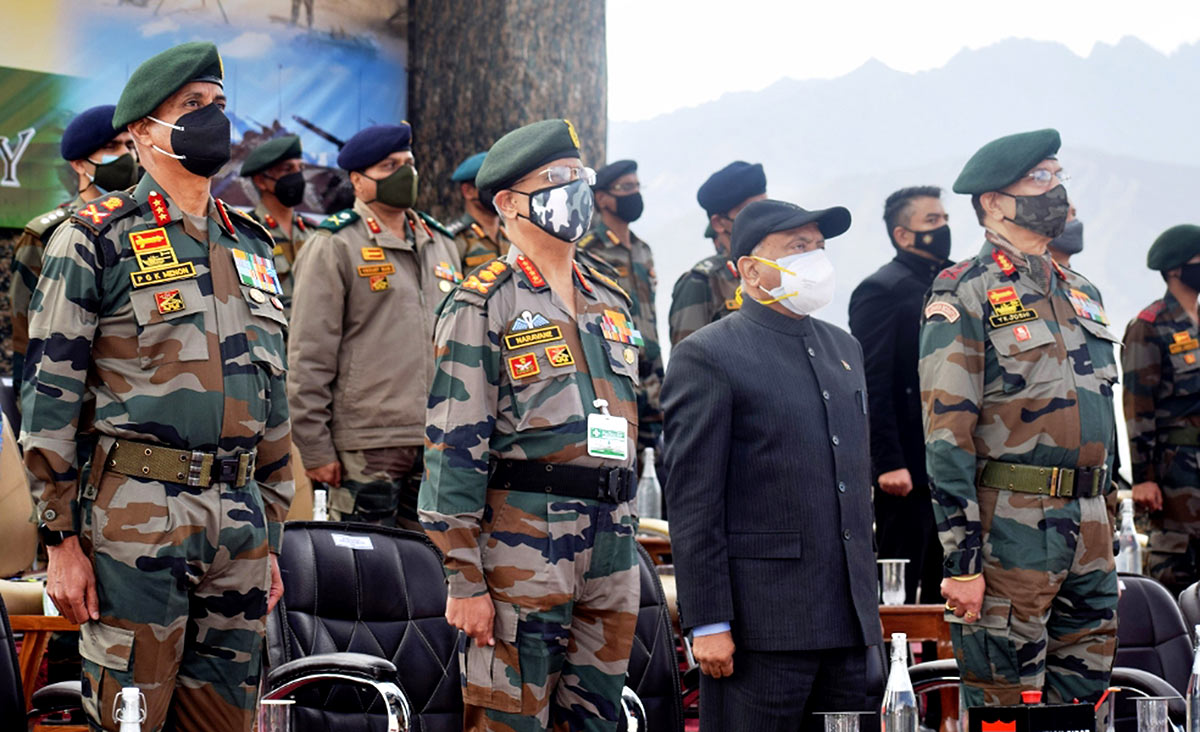 The event commenced with the Brass Band of Ladakh Scouts Regimental Centre along with the students of Ladakh Ignited Minds performing the National Anthem when the flag was unveiled, he said. 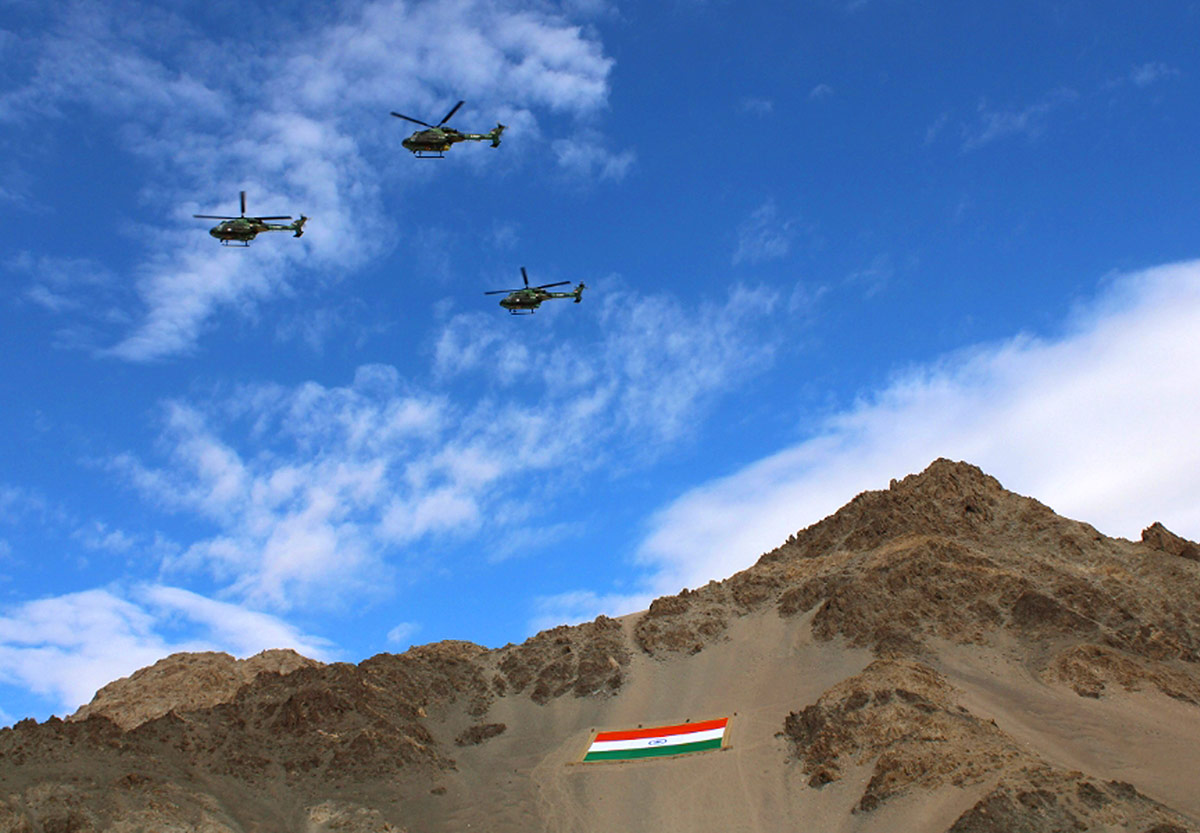 The Army Aviation Squadron carried out a fly past and showered flower petals over the tricolour.

The PRO Defence said advanced light helicopters of the Army Aviation Squadron carried out a fly past and showered flower petals over the tricolour, followed by students of the Lamdon Model School singing a patriotic song symbolising the spirit of nationalism. 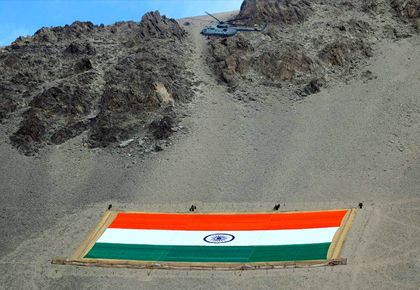