By Tahir Ali
October 15, 2009 11:35 IST
Tahir Ali profiles the Amjad Farooqi and Ilyas Kashmiri groups, responsible for the recent surge of terrorism in Pakistan. The October 10 attack on the Pakistan army headquarters in Rawalpindi has set off a series of speculative 'news' reports: That the attackers were 'Punjabi Taliban', that they were from the Ilyas Kashmiri group, that the attackers owed allegiance to the Amjad Farooqi group, that it was carried out by the Jaish-e-Mohammad, that Lashkar-i-Jhangvi had something to do with it

These attributions, which have taken up considerable space in the local and international media, indicate only one thing: That within Pakistan, there are dozens of suspect groups that have both the capability and the motivation to carry out an attack of this nature. Outside of thus underlining what everyone here knows, however, the stories have no probative value.

Confusion has been compounded by the fact that the sole terrorist captured alive on October 11 -- Aqeel, alias Doctor Usman -- is supposedly part of the Ilyas Kashmiri group, while the only ones to claim public credit for the attack has been the Amjad Farooqi group with which Aqeel has no known connection.

Matters will hopefully become clearer once the doctors attending on Aqeel get him sufficiently recovered from his injuries to stand the rigours of questioning. In the interim, speculation will necessarily continue.

The Ilyas Kashmiri group has in recent times been linked with almost every major terrorist attack within Pakistan, including various attempts on the life of then president Pervez Musharraf, attacks on various Inter Services Intelligence installations, the 2008 bombing of the Marriott Hotel in Islamabad and on the Sri Lankan cricket team in March this year.

By contrast, no one has named the Farooqi group as being responsible for any of those activities, and hence it came as a surprise when a spokesman of the group telephoned a local television channel to claim credit for the attack on the army headquarters.

Ironically, the Farooqi group has been operating for a few years now, but has thus far kept a very low profile, leading to a situation where others have been blamed for its actions. The group is a splinter of the Lashkar-i-Jhangvi, which was once headed by Amjad Farooqi, the person behind the killing of Wall Street Journal correspondent Daniel Pearl.

Amjad Farooqi, popularly known as 'Bade Bhai', was killed in 2004, and the Lashkar-i-Jhangvi fragmented. One of his senior colleagues, Qari Zafar, gathered up a core group and based himself in Karachi, banking on financial support from various Saudi Arabian individuals and groups with whom Zafar has good relations. Zafar was also known to be close to Hakimullah Mehsud, the leader of the Pakistan Taliban, and is currently believed to be operating out of South Waziristan.

The group has kept its head below the radar. An exception occurred in early 2006, when Farooq and his men went to Wana in South Waziristan where they were welcomed by Haji Omer, then head of all Taliban factions in the region.

It is worth noting here that South Waziristan is broadly divided into two parts -- the Mehsud region and the Wazir region, inhabited by Mehsud and Wazir tribesmen respectively. On date, Waliur Rehman heads the Mehsud militants, while Mullah Nazir is head of the Wazirs.

Haji Omer, during his tenure as commander-in-chief of all Taliban in the Wazir region, had welcomed militants from around the worlds -- Arabs, Uzbeks, Chechens, Chinese and non-Pashtun fighters from all around Pakistan.

It was in this encouraging environment that Farooq's group stabilised and grew, adding more young fighters drawn from the Punjab region to its ranks.

Once the group gained strength, it began a programme of systematic attacks, not on prominent Shias as is popularly supposed, but on the ISI and Pakistan's military, which it proclaimed as the number one enemies.

Locals in Wana call it the 'Bhai Jaan' group, and the Punjabis are among the most respected militants in the area. Its growing fame attracted high profile recruits including 'Commander' Asim, one of the terrorists involved in the December 1999 hijack of Indian Airlines Flight-814 that resulted in the freeing of Maulana Masood Azhar and two others.

The media, and even experts, have tended to mix the Bhai Jaan group with the Ilyas Kashmiri group, though the differences in aims, ideologies and targets is very clear.

The Farooqis are staunchly affiliated with the popular Deobandi school of thought, while Kashmiri's men are mostly Sulfis or Wahabbis. Ideological differences also reflect in personnel: Ilyas Kashmiri is mostly staffed with former members of the Lashkar-e-Tayiba while the Farooqi group avoids recruiting from those ranks because of the Lashkar-e-Tayiba's known relations with the ISI.

Also, Ilyas Kashmiri avoids any statements or actions aimed against the Pakistan government; maintains that India is enemy number one, and is focused on attacking India not only in Kashmir but also in Afghanistan.

Until March 2007 at Wana and its surrounding areas all the Taliban groups were allow to conduct their activities without any interruption. Exploiting the situation the Uzbeks, with Haji Omer's support, started killing the local chieftains that compelled Mullah Nazir to take action against them.

The Bhai Jaan group was also against Uzbek activities, thinking that such acts against the locals could risk their presence in the area.

In early 2007, when Mullah Nazir became head of all Taliban factions in the area, he immediately ousted the Uzbeks from the Wazir region, known as Wazir-built to differentiate from Mehsud-built, along with their host Haji Omer. These Uzbeks then found shelter under the wing of Baitullah Mehsud, who opened his arms to all who had incurred Mullah Nazir's wrath.

As Mullah Nazir began getting closer to Pakistan government agencies, the Bhai Jaan group migrated to the area controlled by Mehsud, and from there arouse the failed August 2007 attack against General Musharraf. At the time, the media said the attack was to avenge the army assault on the Lal Masjid, but in reality the strike had been planned well before that incident.

It was under Mehsud's patronage that the Bhai Jaan group began to be known as the 'Punjabi Taliban', and increased its reputation as an anti-State actor through attacks on ISI installations, and on the Sri Lankan cricket team and other incidents. The group also abducted USAID official Stephen Deviancy, intending to negotiate the release of some of its arrested members, but ended up killing the American instead.

The media, for its part, mixed up the real Punjabi Taliban with a group of the Tehrik-e-Taliban Pakistan under Qari Hussain that carried out a ruthless attack earlier this year against an Imam dargah in Chakwal.

Over time, the Farooqi group has devised its modus operandi -- a senior member travels to the area where its next target is located, and local TTP commanders provide the logistics and personnel for the strike. It is this that explains why Aqeel, known for his connections with the Ilyas Kashmiri group, was involved in the Farooqi group's attack on the army headquarters.

Given its anti-State bias, members of the Farooqi group have been targeted by the Pakistan military and police forces, and several of their cadres are in custody.

Of late, the Farooqi group -- the 'real' Punjabi Taliban -- has been carrying out attacks designed to free their cadres, and the attack on the army headquarters was one such attempt that failed.

The fallacy in the media reasoning has been that the latest attack was planned by the TTP as a counter to the security operations in South Waziristan. What this analysis fails to consider is that such attacks are not planned and executed overnight -- the attack on the army headquarters has been in the planning stages for a year or so before it was actually carried out, and is part of the group's stated intent to hit hard at Pakistani officialdom. 'Baitullah Mehsud is alive, but ill'
Organisers of 26/11 are 'clients' of ISI: India 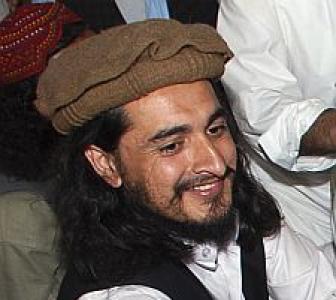