Meet the Indian major who saved the future Bangladesh PM 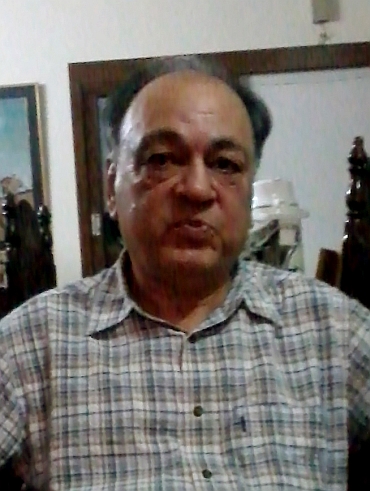 The retired army colonel had been living a quiet life in his Noida home until a week ago, when the news from the Bangladesh government arrived. Colonel Ashok Kumar Tara is being felicitated as 'Friend of Bangladesh' by Dhaka. Priyanka reports.

The proud army officer, who settled in Noida after his retirement in 1994, says modestly that the announcement came as a 'pleasant surprise'.

And within minutes, reminisces of that cold night of December of 1971 dawn upon him.

On December 17, 1971, Major Ashok Kumar Tara received orders to rescue the family of 'Bangabandhu' Sheikh Mujibur Rehman (who went on to become prime minister of Bangladesh), who was being held captive by soldiers of Pakistan army in Dhanmandi.

At that time, Major Tara and his unit -- 14 Guards had secured the Gangasagar railway station (near Agartala) and its surrounding areas on December 3rd. This operation lasted for three hours. The 29-year-old major was awarded the Vir Chakra for the battle of Gangasagar. Hours later, he led another operation, and secured the Dhaka airport.

Meanwhile, about a dozen armed soldiers with rifles and light machine guns had put the family under house arrest, and had orders to eliminate them. A young Sheikh Hasina Wajid (now the Bangladesh prime minister), her child and younger sister were also among the captives.

Hence, when the orders came to secure Bangladesh's first family, he didn't think twice and drove towards the house where the family was being held hostage.

Accompanied by three men, as Major Tara neared the house, he saw a bullet-ridden car about 50 yards away. There was a body in the car.

As he approached the car, a crowd surrounded him and somebody from the house shouted that he too would be killed if he didn't move away from the house.

Major Tara entrusted his weapon to a fellow soldier, and started walking towards the house unarmed.

"They had a loaded light machine gun pointed at me from above, and repeatedly said I should not come near the house," he recalls.

But he explained to the Pakistani soldiers that their army had already surrendered the previous night.

But the soldiers said they had not been able to communicate with their higher-ups.

As the officer now recalls, he kept talking to the soldiers, and kept them engaged. Then a few Indian helicopters flew past, and the major pointed at them, saying that the Indian Army was in charge.

"I had to have a psychological advantage over them. I kept talking to them. I gave them no time to think or react," the officer says.

The conversation reached a delicate point when a young Pakistani soldier poked his weapon in the Major's ribs.

"The young boy was probably just 18, and he was shivering. It was probably the first time he had seen an Indian army officer at such close quarters," the retired colonel laughs.

He says that going ahead unarmed was the right decision. "I had been in combat before and have saved lives," he argues.

As he now recalls, the conversation lasted for about 10 minutes, and he spoke to the captors in fluent Hindi and Punjabi in order to persuade them to surrender.

The tense situation was finally dispelled without any casualties. The Pakistanis surrendered and the Rehman's family was secured.

"All this while, the family had been crying for help. They urged me not to leave, because they feared for their lives," he says.

"And as soon as I entered the house, Rehman's wife hugged me and said I was her son from heaven." After making sure the family was safe, the officer stayed in Bangladesh for a few more weeks and returned to India in the first week of January.

And now after 40 years, the retired colonel will be heading back to Bangladesh to meet the family.

As he points out, "It was a very sensitive and important operation, and had anything gone wrong, it would have brought a very bad name to the Indian government and the Indian Army."

He says that he sometimes does feel that neither the Indian government nor the army recognised his feat, but he has taken it in his stride now.

"Making sure that the family is safe was a turning point in the war," he says. "But both the government and the army kept quiet."
Priyanka in New Delhi