By A Correpondent
April 11, 2012 11:46 IST
A circular by the Lok Sabha's press and public relations chief points out that the parliamentary committee meetings 'are not open for coverage by the media', reports our correspondent

In a circular sent out to all media organisations placing restrictions on the coverage, it is pointed out that the parliamentary committee meetings 'are not open for coverage by the media.'

Journalists usually wait outside the committee meetings to buttonhole the chairman or other members for news, but Parliament House security has been told that in view of the circular, nobody should be allowed to hang around such meetings. As the members of Parliament cannot be stopped from talking to the media, the media is being kept away from the committee meetings.

The circular says the media-persons may attend the press conference called by chairpersons of committees whenever specific advisories are to be issued.

The new guidelines will be tested on April 20, when the three chiefs of the Armed Forces are to depose before the parliamentary standing committee on defence.

Through a separate circular, 10 media guidelines have been issued for representatives of the electronic media, including still photographers, that specifically prohibits them from interacting with, interviewing or photographing anyone other than ministers and MPs in Parliament House complex 'without explicit permission from the press and public
relations wing'.

The attempt is to black out the interviews and photographs the media takes of celebrities and visitors to Parliament House during Parliament sessions and meetings of the parliamentary committees.

The media guidelines are basically to impose some discipline among the electronic media and photographers who crowd around and obstruct the easy movement of ministers and MPs. It has been made clear that interviews and reactions of MPs shall be taken only at the two media stands provided in the lawns outside the building's Gate Nos. 4 and 12.

Only in case of the aged or differently-abled MPs, can reactions can be taken on the left and right sides of the main Gate No. 1, that too only outside the porch, and at Gate No. 4.

Other conditions slapped on the media include:

All media-persons should display their Parliament pass prominently;

Under a self-regulatory pool system, only two electronic channels will be permitted to conduct interviews near Gate Nos. 1 and 4;

No interviews inside the portico of Gate No. 1, except during the General and Railway Budgets;

Take prior appointment with ministers and MPs and request them to approach the designated media stands for interviews and reactions;

Still cameramen are allowed to take photos from right side of the steps at Gate No. 1 in the main portico during the first three days of each session and also on important events, but only after obtaining specific permission from the press and public relations wing and only from behind the wooden barricade and not from inside the portico;

Do not move within the premises thereby obstructing the smooth flow of vehicular traffic; and

Do not leave unattended bags, tripods and other equipment in any part of the Parliament House Estate.

A Correpondent in New Delhi
Print this article 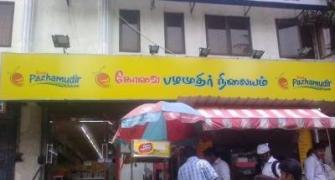 A rags to riches story of a roadside fruit vendor
Has the Prime Minister ignored the Service chiefs? 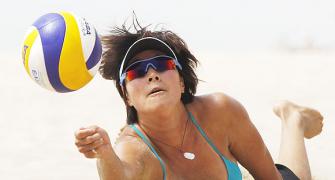