At the same time, life expectancy in general has risen marginally across all Indian states, signalling an overall improvement in the health of the populace. Abhishek Waghmare reports. 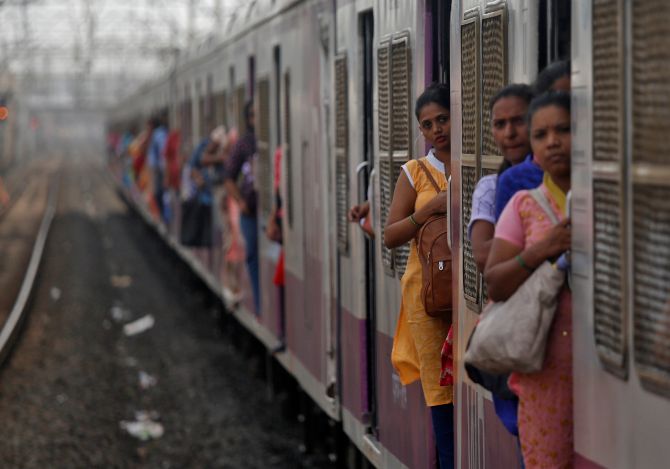 Early trends point to a disturbing demographic development in the cities and towns of undivided Andhra Pradesh, Uttarakhand and Jharkhand, with the gradual reduction in the lifespan of women living in these regions.

At the same time, life expectancy in general has risen marginally across all Indian states, signalling an overall improvement in the health of the populace.

The average male lifespan is catching up with that of the female, which is growing at a slower pace. While the average lifespan of women increased by 6-7 months over three years, that of men rose by a year and a half over the same period.

These are the findings of an official survey under Sample Registration System (SRS), by the Registrar General of India, the institution that generates the census every ten years.

Delhi and Jammu & Kashmir have not been considered for the analysis due to unavailability of coherent data.

Why life expectancy is falling

These trends are in contrast with the across-the-board improvement in health indicators of Indians at the turn of the century.

However, the increasing stress and deterioration in urban lifestyles, which come with the rapid pace of development/disruptions, are causing the improvement to ebb, experts note.

On the national scale, though the average lifespan of the Indian woman is rising, it is tapering, or growing slower than before.

On the other hand, the male lifespan, which is about three years lower than that of woman, is rising steadily, SRS data shows.

Now, the chances of mortality in early stages of life have a strong bearing on overall life expectancy, doctors noted.

Neo-natal mortality, or the chance of death in the first 28 days of birth, and infant mortality, that within a year of birth, affect overall life expectancy to a great extent, said Niranjan Saggurti, director at Population Council of India.

The data proves it. While life expectancy at birth is 69 years, that at the age of one rises to 70.8 years. This is the impact of infant mortality on life expectancy.

This indicates that lack of nutrition or medical attention to newborn girls, in addition to sudden rise in prevalence of diseases such as dengue in urban pockets seems to have affected female life expectancy, experts said.

Officials who have been carrying out these surveys for a decade, said on condition of anonymity that there are two underlying factors causing this reversal in trend.

In Uttarakhand, the drop in life expectancy has fairly been across the board: for both men and women, in both villages and cities, reducing the overall life expectancy by nearly a year in recent years.

Among all Indian states, the gap between lifespans of women and men is the highest in the hilly states of Uttarakhand (6.2 years) and Himachal Pradesh (5.8 years), and in the coastal state of Kerala (5.3 years), owing to better involvement of women in the workforce.

Changes in river patterns after the devastating 2013 floods have, however, adversely affected disease and disability patterns of women in Uttarakhand, health experts said.

"In hilly states, studies have shown an enhanced addiction of men towards smoking and alcohol, making respiratory disease a top burden among others.

"But in the current context, financial limitations to provide healthcare services seems to be the reason," said another person among the experts.

In undivided Andhra Pradesh (since the reference period for the data starts in 2013, when Telangana had not yet been carved out), the reasons are different.

"On the one hand, changes in the migration patterns in and out of urban areas is changing the demography of certain states.

"There has been unchecked urbanisation in the last decade to 2016-2017," said a person from the office of the Registrar General of India.

She said that the pattern is being observed in Andhra Pradesh for the last decade or so.

On the impact of changes in methodology, the person quoted above said that the base sample frame for the survey has been kept unchanged for the last 10 years or so.

Another, and probably more critical reason, is the shortfall in the provision of public health care services in certain regions.

"Healthcare services might not be reaching the last mile due to the very first reason: unchecked urbanisation and migration. And under such circumstances, women are the first to get affected, various studies have shown," she said.

At the national level, Assam, Madhya Pradesh and Odisha have demonstrated the biggest improvement in life expectancy in recent years.

Chhattisgarh, Kerala and Karnataka have shown the slowest improvement, apart from the deterioration in Uttarakhand and Punjab.