'He was firm and uncompromising about things that were not acceptable'

General Bipin Rawat was given the guideline by the prime minister to achieve the integration of the three forces by the 75th year of India's Independence.
This should be carried forward with utmost speed. "During course reunions he had time to meet everyone, irrespective of his rank. He did not have any airs and believed in the foundational relationship he had with course mates and regimental colleagues."

Our association and memories began as young cadets at the National Defence Academy. We were from the same course and commissioned into different infantry battalions.

He was grounded and friendly, yet was firm and uncompromising about things that were not acceptable.

His foremost legacy would be the role he played in initiating the process of integrating the three forces.

He had been given the guideline by the prime minister to achieve this task by the 75th year of India's Independence. This should be carried forward with utmost speed.

He was working towards bringing a synergy within the forces and commonalities in training. He was focused about the optimal utilisation of the available resources and budget of the armed forces.

He had very well-defined targets about achieving indigenisation or atmanirbharta to reduce dependence on imported foreign military platforms.

He had constituted a list of almost 109 military systems, sub systems, spares etc, whose imports would be halted beyond a given timeline.

My understanding is that he also had the direction from the prime minister to delve deeper into our own traditions of the past.

The Indian Army has inherited strong traditions from the regimental system handed down by the British Indian Army. The idea was to retain those traditions, culture, history and achievements, but at the same time delve deeper into our own traditions and draw strength from our own civilisational past.

We haven't seen this translated as yet into direction or policy, but I would imagine he was thinking about this as well. 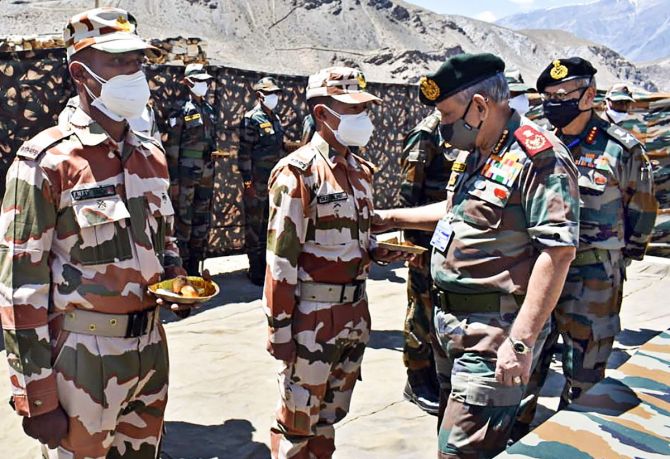 IMAGE: Chief of Defence Staff General Bipin Rawat interacts with troops during his visit to the Line of Actual Control near Sumdo. Photograph: Courtesy @adgpi/Twitter

I would meet him around once a week. We would discuss the changing security dynamics and the new emerging threats that were evolving.

He was concerned about the deadlocked situation with China in the north, the potential fallout of the situation in Afghanistan, Pakistan, cyber threat, relations with the US and with our own neighbours.

A down to earth course-mate

During course reunions he had time to meet everyone, irrespective of his rank. He did not have any airs and believed in the foundational relationship he had with coursemates, batchmates and regimental soldiers.

It came very naturally to him. He made a very good impression on people.

I was numbed to see both General Rawat and Mrs Rawat lying in state. It is a big struggle to accept the hard reality.

It was heart wrenching to see the two daughters. I couldn't say anything, I just folded my hands in front of them when I went there to pay my respects.

It was a very hard experience. A terrible shock.

I first met Mrs Rawat when General Rawat and I were posted together in Dehradun.

I always found her to be very calm, relaxed and perceptive. They had the ability to make anybody comfortable. 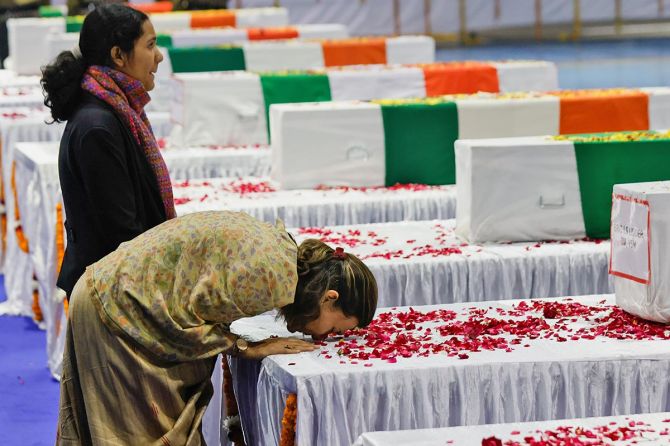 Brigadier Lidder and I worked together in the Military Operations Directorate. At the conclusion of his tenure, he was posted as defence attache to Kazakhastan.

He was a very dedicated professional. He would have every detail on his fingertips.

He did a marvellous job as defence advisor to the CDS. He was very graceful, responsive and an officer of very high caliber.

It is a terrible that we lost such a bright officer.