'Shastri told General Chaudhuri, 'I want to reach Lahore before they enter Kashmir'.'
'Today, many regard this initiative of Shastri as the first surgical strike.'
A revealing excerpt from Dr Sandeep Shastri's Lal Bahadur Shastri: Politics And Beyond. 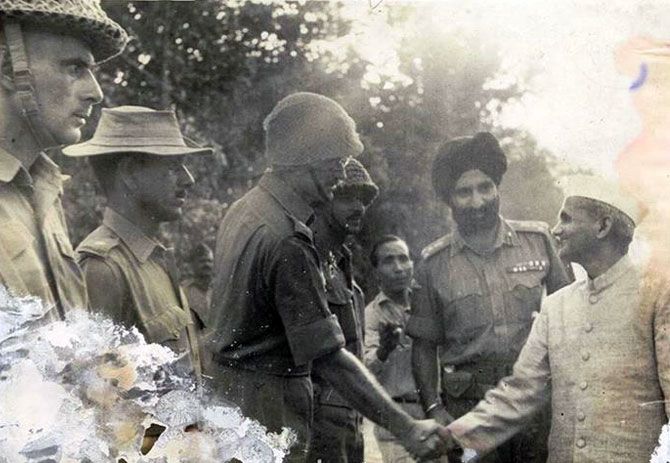 The Pakistani actions at the border as part of Operation Grand Slam were increasing.

On September 6, 1965, India decided to put into action its third part of the plan -- to occupy only minimal Pakistani territory to achieve these purposes, which would be vacated after the satisfactory conclusion of the war.

Kuldip Nayar had a detailed discussion with Shastri on this decision, long after the conclusion of the war:

After the war, I asked Shastri ['Who] gave the specific order to cross the international boundary[?'] 'I did', he said.

According to Shastri, Chaudhuri and others were taken aback when he asked them to march into Pakistan.

Harbaksh Singh told me that the army would never forget 'this tallest decision by the shortest man'.

The Indian troops moved into Pakistan and launched a major offensive in the Lahore and Sialkot sectors.

The troops reached the outskirts of Lahore.

Strategically, this initiative was important to relieve the pressure on the Indian troops in the other sectors.

Shastri is reported to have told (Indian Army chief) General (J N) Chaudhuri, 'I want to reach Lahore before they enter Kashmir.'

Today, many regard this initiative of Shastri as the first surgical strike.

Once the hostilities ended, this act of Shastri made him a hero in the eyes of the people.

Years later, General Chaudhuri confided to Kuldip Nayar that by entering Pakistan, India wanted to destroy Pakistan's armoury and not to occupy its territory.

Years after the 1965 war, Air Chief Marshal Arjan Singh stated that there could not have been a better PM than Shastri to lead the country during the 1965 war.

In the foreword to a book on Shastri, Singh writes that 1965 was the real test of his leadership and 'he passed with flying colours'.

Anil Shastri, the son of Lal Bahadur Shastri, recalls the period prior to and after the war with Pakistan.

During that time, in cinema theatres, prior to the start of the screening of the movie, a news documentary used to be shown.

Anil recalls that when Shastri appeared in these documentaries, people invariably compared him with Nehru.

'His short stature was perhaps a matter of ridicule for the audience at that time.'

After the start of hostilities with Pakistan and when India took the decision to take the confrontation into Pakistani soil, Shastri 'suddenly earned respect from every corner of the country...

It was after a long time in India's history that the battle was fought on enemy soil' and this achievement was largely attributed to the leadership that 'Lal Bahadur Shastri provided at that time... The same audience would clap and applaud the moment they would see their PM on the screen.'

When Anil mentioned this to his father, he said, 'Great battles are won only if one has the will to fight. People admire the brave and not the meek.'

The Indian action invited world attention and there was a flurry of diplomatic activity.

In a letter addressed to several heads of state, Shastri clarified the Indian position and reiterated that India's actions were essentially to defend the integrity of its boundaries:

I only want to emphasise to you that our action is purely defensive in character.

All we are concerned with is preserving the integrity of our boundaries with Pakistan. In spite of the tremendous pressure India came under, Shastri stood his ground and defended the country's actions.

In his meeting with (then United Nations secretary-general) U Thant, who visited both India and Pakistan, Shastri made it clear that a ceasefire would only be acceptable to India if Pakistan would refrain from committing aggression -- open or covert -- against India.

Shastri also rejected the demand made by Pakistan that they would accept a ceasefire if India agreed to hold a plebiscite in J&K.

Based on the reports from the army and air chiefs, Shastri was now convinced that the destruction of the offensive capacity of Pakistan had been achieved and India was ready for a ceasefire, subject to assurances from Pakistan for the same.

Shastri also took Parliament into confidence and it must be said to his credit that representatives of all political parties extended their support to the government for the steps it was taking and its broad policy on the emerging situation with Pakistan.

While dealing with the Pakistani aggression, Shastri had to budget into the strategy the possibility of China intervening in the crisis.

China had made it clear that they saw India as an aggressor and was siding with Pakistan.

The critical question was: Would they directly intervene in the conflict?

Given the experience of 1962, this factor was not merely a matter of concern for Shastri, but for the entire nation watching the developments.

As the military operations with Pakistan continued, China escalated the tensions by sending a protest note to India on 'successive serious violations of China's territory and sovereignty by Indian troops.'

India felt that this protest was more to assure the Pakistani government of Chinese support.

While assessing the situation, Shastri was convinced that China would not take any provocative action unless they could produce to the world some credible information of the allegations they had made against India.

Shastri decided to adopt a two-fold approach on the matter: Firstly, to firmly deny the Chinese allegations without provoking them to action, and secondly, if China did decide to take action, to be ready with a response.

At this stage, China protested to India about constructions made on the Tibet side of the Tibet-Sikkim border and demanded that they be demolished in three days, failing which India should be ready to face 'grave consequences'.

The Government of India... [is] absolutely convinced that the allegations contained in the Chinese note... are completely groundless... [We] have no objection to a joint inspection of those points on the Tibet-Sikkim border where Indian personnel are alleged to have set up military structures in Tibetan territory.

The Government of India on their part are prepared to arrange such an inspection, as early as possible, at an appropriate official level, on a mutually convenient date...

We hope that China would not take advantage of the present situation and attack India.

The House may be rest assured that we are fully vigilant and that if we are attacked, we shall fight for our freedom and with grim determination.

In his address to the Parliament on September 17, 1965, Shastri made three important points:

China decided not to escalate the crisis and responded by saying that the 'offending structures' had already been demolished by 'retreating Indian' troops.

The Chinese deciding to de-escalate their tensions with India was seen by many as a success of Shastri's strategy and diplomatic initiatives.

Shastri showed rare proof of his sense of humour, when in a public rally, he jokingly said that there was no question of India demolishing any offending structures when none were built in the first place.

As the conflict with Pakistan continued, it was becoming increasingly clear that the Pakistanis had suffered huge reverses.

Finally, Pakistan conceded to a ceasefire on September 23, 1965, which India accepted. Shastri briefed Parliament about the ceasefire.

J B Kripalani felt that the ceasefire had been accepted in a hurry to 'placate world opinion'.

He felt that this 'compromise' will 'land us again and again in difficulties.'

He, of course, conceded that if 'we fix a new line, then we will again be in difficulties.'

The other speech was by Vijaya Lakshmi Pandit, who complimented Shastri for his 'bold leadership' in this crisis.

In fact, Shastri was complimented by the entire House for his handling of this major crisis. 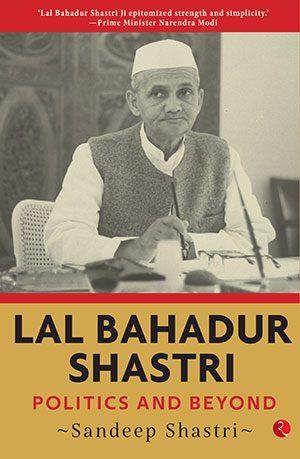 Excerpted from Lal Bahadur Shastri: Politics And Beyond, by Dr Sandeep Shastri, with the kind permission of the publishers, Rupa Publications India. 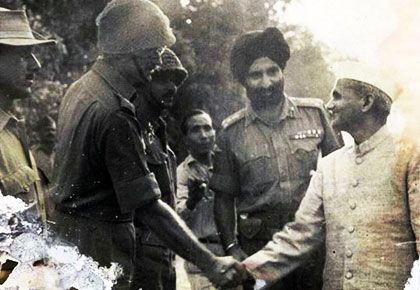