For his participation in Netaji's INA, Major Ghulam Ahmed Qureshi was put into solitary confinement in the Red Fort, charged with rebellion against the Crown.
Despite Nehru, Asaf Ali and a host of top lawyers defending them, Qureshi and his fellow officers were sentenced to death. 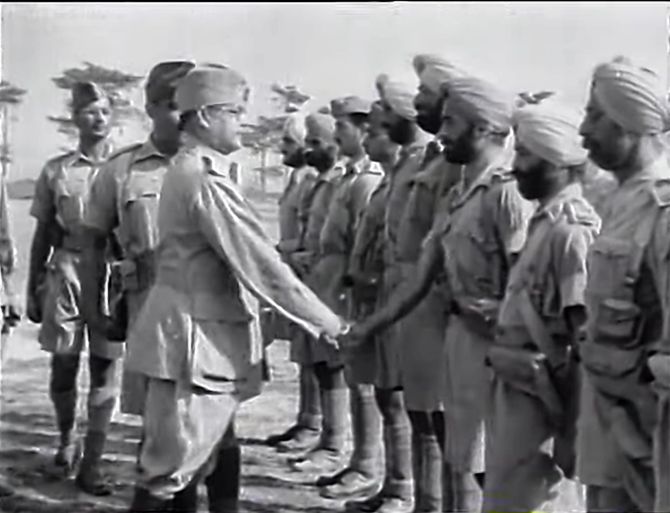 'Go to Pakistan' is a slur that has been hurled at Muslims all through these 75 years since Independence, but never more frequently than today.

What if those who feel they have a right to say this to others were to meet Zulekha Merchant? This school principal's father, a former Indian National Army officer, had been entrusted by no less a personage than our first prime minister to cross over to Pakistan and bring back women and children who had been abducted during Partition.

Ghulam Ahmed Qureshi performed the task given to him by Jawaharlal Nehru four times. The last time, his former INA colleagues suggested he stay back and build a bright future in the newly independent country created for 'them'.

'I had fought for undivided India,' the young soldier reminded them before leaving Pakistan for his homeland.

Under Atal Bihari Vajpayee's NDA I, then education minister Murli Manohar Joshi's new, saffronised NCERT textbooks taught school children that Muslims didn't participate in the freedom struggle. We are now in NDA II, and it's time again for history to be rewritten by saffron 'historians'.

Where would these 'historians' place Ghulam Ahmed Qureshi?

For his participation in the INA, Qureshi was put into solitary confinement in the Red Fort, charged with rebellion against the Crown. Despite Nehru, Asaf Ali and a host of top lawyers defending them, Qureshi and his fellow officers were sentenced to death.

Asked what his last three wishes would be before being shot, Qureshi replied: No blindfold; a British officer should fire the shot, and the weapon should be of British make.

Fortunately, these wishes never needed to be fulfilled: The INA prisoners were freed after Independence. Qureshi was totally new to India then. His grandfather, one of the earliest Indians to settle in Japan, had married a Japanese. Qureshi had grown up in Japan where he had been drawn to Rash Bihari Bose, the revolutionary who had escaped from India, one of the founders of the Indian Independence League and the Azad Hind Fouj.

His growing desire to follow Bose in fighting for India's freedom forced Qureshi, by then part of the Japanese military, to leave Japan. He went by submarine to Singapore, met Subhas Chandra Bose and Captain Lakshmi Sahgal, and joined the INA. His knowledge of the Japanese language made him an invaluable member of Bose's personal circle.

Like others in the INA, Qureshi took part in the Battle of Imphal.

These and other stories of his varied experiences, including the way they had to clean the walls of the Taj Mahal with their bare hands as part of prison duties, would be narrated by Qureshi to his children at dinner in their Colaba, south Bombay, apartment. By then, his knowledge of Japanese had led the former soldier to a job at the Japanese consulate.

Zulekha recalls being taught by him to identify themselves as Indian -- their birth certificates had them listed as 'Indian, Muslim' -- and to greet visitors with a 'Jai Hind'. This was also the way they greeted their father every morning and night.

"My father would often say that religion must be confined to the four walls of one's own room, not even of one's house," she continues, "because those living in the same house may hold very different views on religion."

These weren't empty words; Zulekha reveals that her father arranged her sister's marriage with a Hindu. 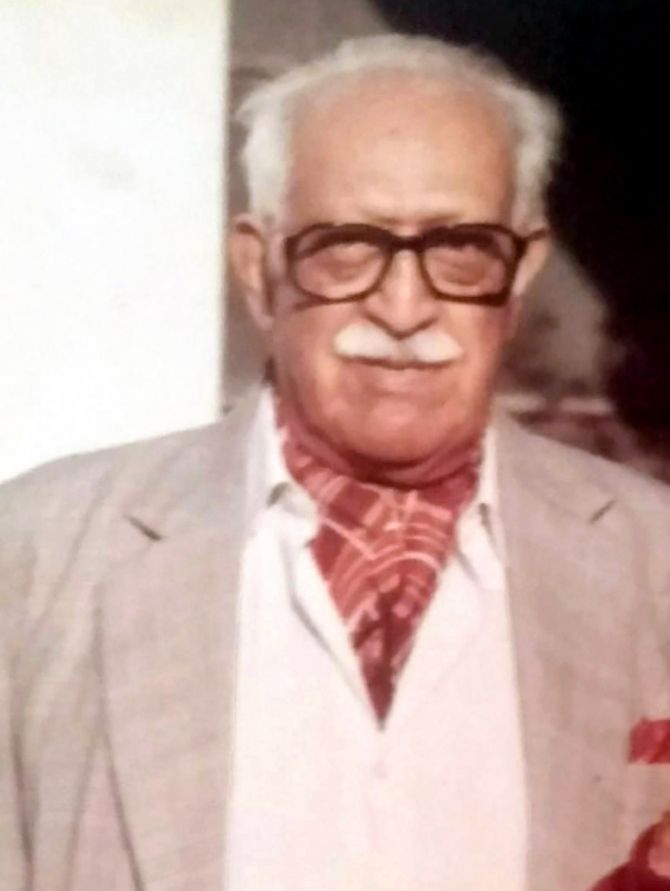 In the memories of the convent school that she and her sister attended, Zulekha doesn't remember ever being made to feel she was different in any way from her classmates. So also in the nine years that she worked for Air India as an air hostess.

"We were not asked whether we minded serving pork to passengers nor did we ever hesitate to do so, because we didn't think of ourselves as Muslim, nor did others think of us in that way. There was no discrimination. We were all Indians."

As an air hostess, Zulekha once took her father to London. "I could have easily carried his small bag when we landed," she recalls. "But I made sure it was carried by a white British porter. That was my way of compensating for what the British had done to my father." As principal, Zulekha tries to imbibe in her students the same values that her father taught her.

What does she make of the atmosphere of 'New India', where her community is constantly being pushed against the wall, its patriotism doubted. Has she faced any of this?

Zulekha pauses, then replies with a smile: "I often tell my friends: You can weigh me against 100 of you; my side of the machine will always be way heavier than yours where love of my country is concerned."

After all, the 68 year old is the daughter of an INA officer who was ready to face execution for his country with his eyes wide open.