News
Business
Movies
Sports
Cricket
Get Ahead
Money Tips
Shopping
Sign in  |  Create a Rediffmail account
Rediff.com  » News » 'I am a villager, but does that change reality?'

'I am a villager, but does that change reality?' 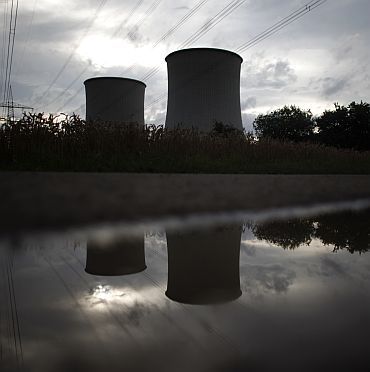 'I would like to request the AERB, UCIL and DAE to introspect. The world is changing, so is India. The wave of development and modernity will not stop for those who continue to live in the past. The future belongs to the youth who believe in the values of honesty, transparency and efficiency.'

One of the names Dr Parthasarathy mentioned was that of filmmaker Shriprakash, the India Director of the International Uranium Film Festival.

Shriprakash responds to Dr Parthasarathy's charges in this open letter.

Your article made me deeply sad. Being a part of a government body that regulates the nuclear industry, you have a responsibility to be truthful and factual towards the people of India. You have failed on both these counts.

In my line of work, as a documentary filmmaker as well as the India director of the International Uranium Film Festival, I have come across certain facts and figures that not only expose your attempts to mislead the people of India, but also put to perspective, the true situation in Jadugoda.

Before 2002, there was no public reportage on health, no one bothered about the sufferings of those living in villages around the Jadugoda mines.

The first report was prepared by Dr Shanghamitra and Dr Surendra Gadekar. Thereafter, Professor Koide from Kyoto University in Japan came up with another report on the health conditions; he concluded the following: (external link):

1. The contamination from the uranium mine has spread in Jadugoda.

2. The amount of air-gamma dose exceeds 1 mSv/y in the villages, and reaches 10 mSv/y around the tailing ponds.

4. No 1 tailing pond has contamination of cesium. This fact shows that radioactivity was brought from another polluted source that was not uranium mine. (He wanted a further study on this matter.)

5. Especially Dungridih, that is in contact with the tailing pond, has high contamination. However, other villages have not been contaminated seriously yet.

8. Product uranium is dealt with carelessly and has entered into the environment.

9. The concentration of natural radionuclides is high in Ranchi.

While you have criticised the Indian Doctors for Peace and Development report, claiming it to have a vested interest, do you also criticise Dr Koide's report?

On this, you seem to have maintained silence. Do we take your silence as a sign of acceptance towards Dr Koide's conclusions? Do make your stand clear.

Another report that you seem to have forgotten is the environmental committee of the Bihar legislative council report, headed by Gautam Sagar Rana, now an ex-MLA. After this report, state medical officials found 31 possible victims of radiation. What followed after this report portrays the true colours of the Uranium Corporation Of India Limited.

In a letter dated November 14, 1997, the deputy manager of mills, UCIL, wrote to the circle officer of Potka block, requesting that the 31 cases be provided with medical treatment as well as a proper investigation must be carried out.

From the 31 cases, only 13 people came to the hospital for treatment. Thereafter, an expert team came from the Bhabha Atomic Research Centre and dismissed the findings of the state medical officer's report by concluding that there was no problem at all.

The villagers were never told about the risk of radiation and until recently, people were using the tailing dam for various purposes, like playing, fishing, grassing etc. In 2004, Dr Koide also found women were walking over these dams. I have documented all these activities and that is part of the film Buddha weeps in Jadugoda.

UCIL claims that the water overflowing from the tailing dams were treated in the UCIL mill campus. However, during the monsoon, water from these tailing dams always overflows. Instead of arranging for containment, UCIL allowed the contaminated water to overflow into the Subarnarekha river.

On examining your article, one can deduce that you have employed tactics to malign an organisation. While you criticise International Physicians for the Prevention of Nuclear War and the Indian Doctors for Peace and Development study based on funding, you have absolutely no valid points about the findings of the report.

On the main subject about contamination and its subsequent health affects, you remain silent. However, you repeatedly use BARC's clean chit given during a study conducted during 1997-1998.

I was with them in Mali where the doctors were working in remote sub-Saharan villages in a very hostile environment, their commitment to the cause of peace and development very evident.

Since you wrote about the Uranium Film Festival, I am curious to know if you watched any of these films. Did you interact with the viewers and the organisers to know their opinions? I am assuming that you didn't.

One can watch the video (external link) of the 2014 Mumbai Festival which was with Films Division.

My search to know the truth about uranium mining took me to the Navajo Nation in the USA, which has the biggest and oldest uranium mining legacy. I came to know about the long struggles of Native Americans. The death of male members, uranium mineworkers, forced their widows of Cove and Red Valley in Arizona to seek justice.

This resulted in the Radiation Compensation Act of 1990. This law was later increased to cover mill workers and transporters. During the same time, I saw the Environment Protection Agency work for clean up and reclamation of radioactive contaminated sites, I have documented the houses whose soil were removed form six inches to 20 feet. I will release this film soon.

It saddens me to read your article, Dr Parthasarathy. I am just a documentary filmmaker, I don't make regulations, I merely report the realities of life. If you do not like what I show in my films, I would suggest that you focus on undoing the wrongsdone by UCIL and the Department of Atomic Energy. You should also know that my films have won many international awards. I have also received an award from the President.

I would like to request the AERB, UCIL as well as the DAE to introspect in their ways and practices. The world is changing, so is India.

The wave of development and modernity will not stop for those who continue to live in the past. The future belongs to the youth who believe in the values of honesty, transparency and efficiency.

The Indian nuclear industry needs to make a serious attempt at inculcating these values. The youth of Jadugoda know what you have been doing for the past 40 years. Remember someday, the Dalit and Adivasis of this area will question the injustices of UCIL/AERB/ DAE.

Yes, I am a videographer. But does that change the reality?

Yes, I am a little-educated villager and not an erudite scholar. I often spend my days and nights in Jharkhand villages -- Jadugoda being one of them.

Sir, I am not like you, born with social capitals. I still respect your freedom of expression. I would have appreciated had you made your claims after spending a few days with the poor victim villagers.

I would like to request the government and Parliament to set up a high level inquiry committee on this issue or some judicial commission to bring the truth.

Let the members not be government officials alone, or else the report would be lopsided, coloured.

I strongly suggest that officials charged to take care of safety norms in mining, if found neglecting their duty, should be brought to book. 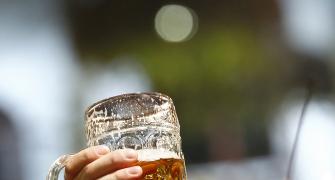 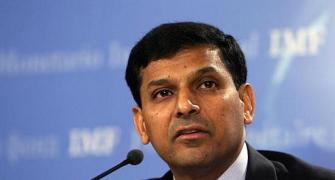