Fact check: Was Rijiju right about fall in Hindu numbers? 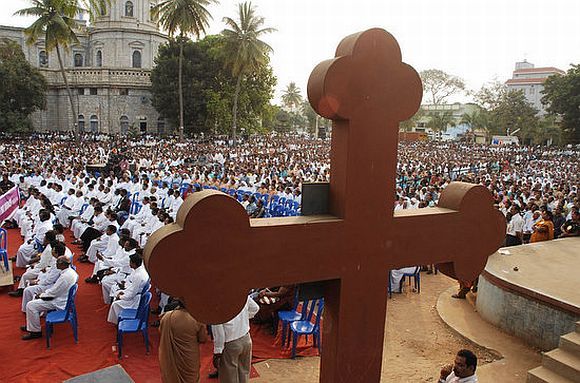 With Union Minister Kiren Rijiju stoking a controversy by saying that the Hindu population was falling while minorities are flourishing, Rediff.com's Syed Firdaus Ashraf studied the 2001 and 2011 Census data to track the demographic changes in the North-East.

On Monday, Union Minister of State for Home Kiren Rikiju set off a controversy when he tweeted that 'the Hindu population is reducing in India because Hindus never convert people. Minorities in India are flourishing unlike some countries around'.

Naturally, condemnation of his statement was quick to follow, but what was lost in the uproar was that the minister was reacting to the Arunachal Pradesh Congress Committee's accusation that 'the Narendra Modi government was trying to convert Arunachal into a Hindu state' and charged that 'the rich tradition and culture of the indigenous tribe of Arunachal Pradesh was under stake under BJP rule'.

Rijiju, a practising Buddhist, hails from the border state, and represents Arunachal West in the Lok Sabha.

Following the controversy, a quick fact check of the population figures of various religious communities in the northeast.

NOTE: These figures pertain only to the North-East states, since Rijiju was rebutting the Congress claim pertaining to Arunachal Pradesh.

In Arunachal Pradesh, which the Congress has accused the BJP of trying to convert into a Hindu state, the figures are revealing.

And as per the 2011 Census, the latest count of population figures available, Christians had more than doubled in number and overtaken Hindus in the state.

In Meghalaya, Mizoram, Nagaland, Christians have been the single largest community.

The Christian population is just 2,833 short of the Hindu numbers.

Choose from among the various options in the list above to see how the Hindu and Christian populations have grown in the North-East between 2001 and 2011. Infographic: Ashish Narsale/Rediff.com

In Mizoram, the Hindu population has decreased as per the 2011 Census data.

Nagaland is the only North-East state where the Christian population has decreased.

Tripura is one North-East state where the Christian population is growing at a slower rate than Hindus. 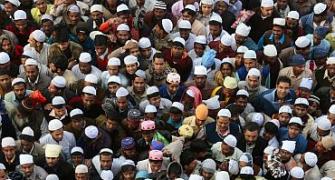 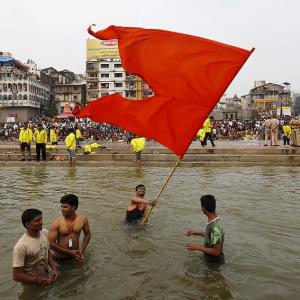